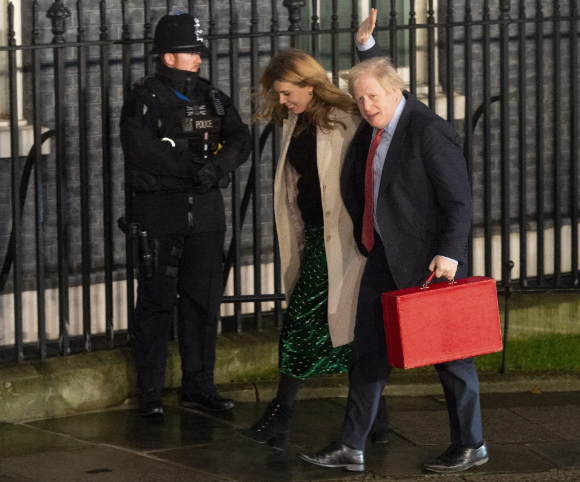 London, April 5 (IANS): Carrie Symonds, UK Prime Minister Boris Johnson pregnant fiance, has said that she was "on the mend" after spending the "past week in bed with the main symptoms of coronavirus", it was reported.

Symonds has been self-isolating away from Johnson, who tested positive for the COVID-19 last week, the Metro newspaper reported.

Taking to Twitter on Saturday, Symonds said: "I've spent the past week in bed with the main symptoms of coronavirus. I haven't needed to be tested and, after seven days of rest, I feel stronger and I'm on the mend.

"Being pregnant with COVID-19 is obviously worrying. To other pregnant women, please do read and follow the most up to date guidance which I found to be v reassuring."

Symonds's news comes after Johnson was forced into isolation on March 28 after he tested positive for the disease.

The Prime Minister was due to exit quarantine on Friday, seven days after testing positive.

But in a recent video message he confirmed that he continues to have a high temperature and will therefore remain in isolation, said the Metro newspaper.

"Although I'm feeling better, and I've done my seven days of isolation, alas I still have one of the symptoms, a minor symptom – I still have a temperature.

"So in accordance with government advice I must continue my self-isolation until that symptom itself goes."

Symonds had announced that she was pregnant and engaged to Johnson earlier this year.