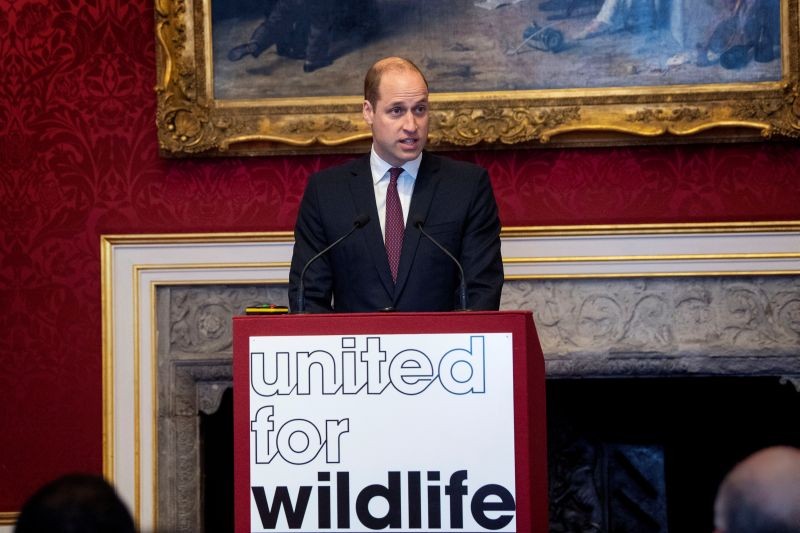 Britain's Prince William delivers a speech during a meeting of the United for Wildlife Taskforces in London, Britain on January 21, 2020. (REUTERS File Photo)

LONDON, July 15 (Reuters): Britain's Prince William called for the illegal wildlife trade to come to an end, saying that the coronavirus pandemic had helped highlight the dangers it poses to public health and urging groups to work together to stop it.

Speaking to a virtual meeting of the United for Wildlife Taskforces and conservation organisations, Queen Elizabeth's grandson said the timing was right for governments, organisations and law enforcement to act.

"Never before have the public health risks of the wildlife trade come into such sharp focus," he said.

"Right now, there is a real chance to ensure that the urgent steps that the world must take to prevent future zoonotic disease pandemics are designed in a way that also helps to eradicate the illegal wildlife trade."

Like his father, Prince Charles, William has long called for an end to the illegal wildlife trade. He has been patron of the conservation charity Tusk Trust since 2005 and has in the past criticised China over its use of ivory.