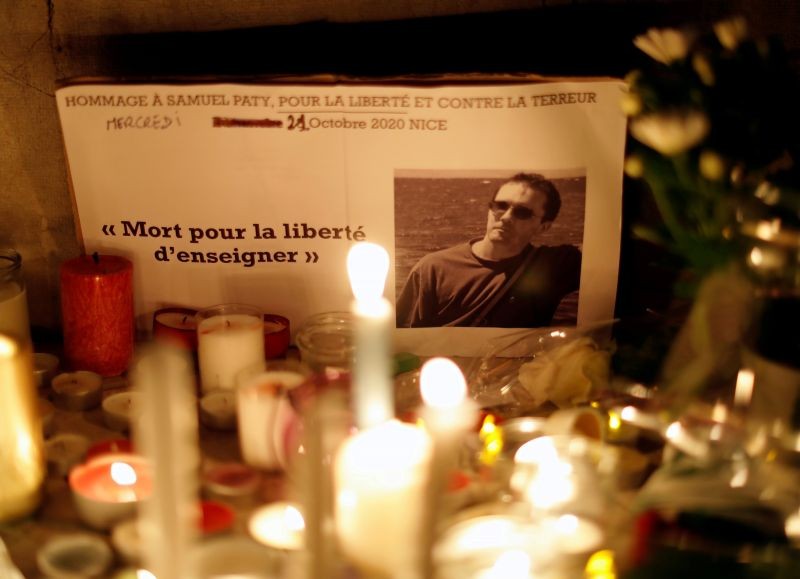 Candles are lit at a makeshift memorial as people gather to pay homage to Samuel Paty, the French teacher who was beheaded on the streets of the Paris suburb of Conflans-Sainte-Honorine, as part of a national tribute, in Nice, France, October 21, 2020. (REUTERS File Photo)
World
27th October 2020

GENEVA, October 27 (Reuters): The U.N. human rights office on Tuesday condemned the "horrific murder" of French school teacher Samuel Paty who was beheaded this month by a suspected Islamist after he used caricatures of the Prophet Muhammad in a class on freedom of expression.