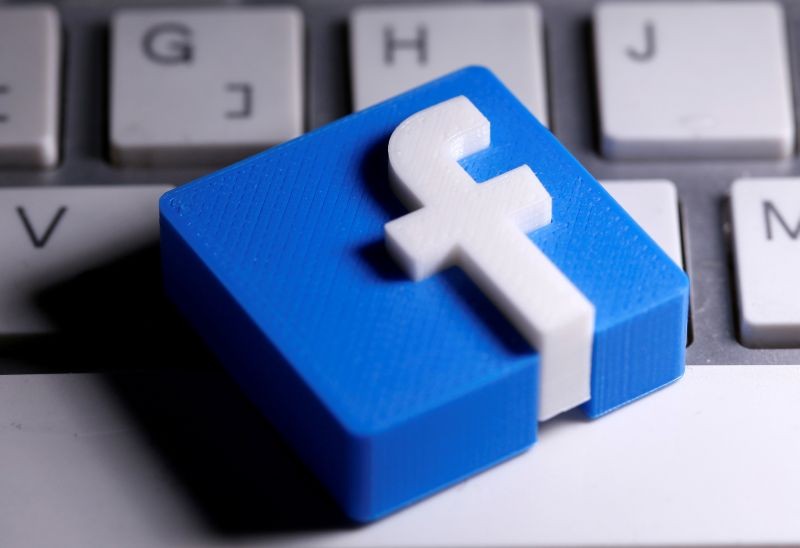 A 3D-printed Facebook logo is seen placed on a keyboard in this illustration taken on March 25, 2020. (REUTERS File Photo)
World
11th August 2020

The head of a U.N. investigative body on Myanmar said Facebook has not released evidence of “serious international crimes”, despite vowing to work with investigators looking into abuses in the country including against the Rohingya Muslim minority.

Nicholas Koumjian, head of the Independent Investigative Mechanism on Myanmar (IIMM), told Reuters the social media giant was holding material “highly relevant and probative of serious international crimes” but had not shared any during year-long talks.

He declined to give details of the material the IIMM had asked for.

Myanmar is facing charges of genocide at the International Court of Justice (ICJ) over a 2017 military crackdown on the Rohingya that forced more than 730,000 people to flee into neighbouring Bangladesh.

The company says it is working to stop hate speech and has deleted accounts linked to the military including senior army officials but preserved data.

The U.N. Human Rights Council set up the IIMM in 2018 to collect evidence of international crimes in Myanmar to be used in future prosecutions.

“Unfortunately, to date, the Mechanism has not received any material from Facebook but our discussions continue and I am hopeful that the Mechanism will eventually receive this important evidence,” Koumjian said on Monday.

His comments followed a move by Facebook last week to block a bid by Gambia, which brought the genocide case against Myanmar at the ICJ in the Hague, to obtain posts and communications by members of Myanmar’s military and police.

The social media giant urged the U.S. District Court for the District of Columbia to reject the demand, which it said would violate a U.S. law that bars electronic communication services from disclosing users’ communications.

In a statement last week the company said it could not comply with Gambia's request but was working with the IIMM.