US Election 2020: Nagas weigh in as world awaits outcome 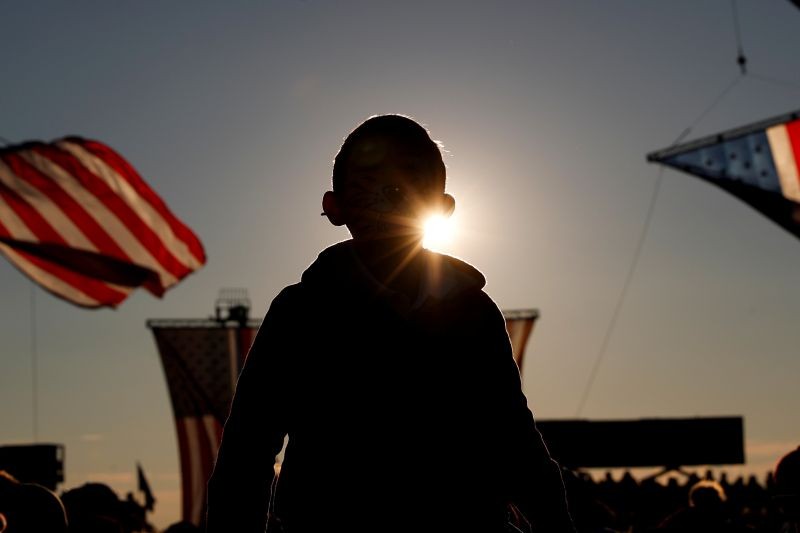 The presidential election in the United States is going to impact the whole world as the leadership of the most powerful country in the world has a significant bearing on international affairs. Why it is important to us, Dr Tolto Metha asserts is because “Christianity came to us because of American evangelists and we are still rooted in our Christian faith because of them.”

America, whose very foundation of the country was based on Christian principles, he says, is being looked up to, by Nagas not because of ‘their white supremacy but for our faith’. “We got our salvation through them,” he asserts. The United States, he further points out was under the Democratic Party for more than 20 years till a Republican President won against all odds in 2016. A staunch supporter of Donald Trump, Dr Tolto Metha expresses that he defended the phrase “Under God” in the American constitution even when the liberals opposed it.

“Imagine if their country is desecrated and even the phrase ‘under God’ is removed, then, where does that leave people like us, who got the Good News through them?” he poses. President Trump, he says is standing up for the Republicans and based on these values, “they are pro-life, for example, which is basically a Christian principle and when he won in 2016, he removed the ‘Johnson Amendment’,” which he refers to is a ‘total atheist ideology.’

“For us back home, my main concern is the Christian values. We should also get involved because we look up to America especially for our faith and without our faith, there is nothing else. Policies are there but the very foundation of our lives is our faith,” he goes on to say while adding that “if American burns to the ground, if it falls, I suspect even the Christian faith will fall.”

Pointing out that China is a big threat to India, which is again ‘quite close to us’, Dr Tolto Metha states that from that point of view, the United States has been standing up against the Communist Policy of China. President Trump recognized Jerusalem as the capital of Israel, he goes on to say while expressing that “as a Christian, that is our holy land.”

Because of him, he states, there is peace in the Middle East and further cited the first commercial aircraft that flew between Israel from UAE for the first time. Also stating that Trump is up against ‘Radical Islamic terrorism’ in full force, calling a spade a spade, Metha says that “it’s something that is actually a matter of concern for all of us...”

For senior journalist, H Chishi, “President Donald Trump has been very unfriendly with the media.” But when it comes to Indo-US relation, he feels that the Trump administration would be better as has been observed in the last four years. “There has been considerable strengthening of bilateral tie between the two great nations. The stance of Trump administration on India-China border standoff has also accelerated impetus to the two countries to come closer,” he says.

For Athsole Mero Olson, who is currently based out of Wyoming, USA, the most important point of voting for Trump is his policies. “Policies affect the country and the people not his personality”, she asserts while highlighting that “He ran on policies that I support in 2016 and delivered and more.”

With the media ‘lying’ and the Democrats obstructing him at every turn in less than 4 years of his first term, he was still able to deliver so much more than Joe Biden has in 47 plus years in the senate and 8 years as VP, she points out. Athsole Mero Olson further articulates that “Joe Biden is your typical third world corrupt career politician who became wealthy by using his name. I would be a fool to vote for someone who is beholden by China!”

Adding to this, she says that he could not change the healthcare that Obama did—called Affordable Care Act, which is a disaster and more than a million cannot afford. “He helped by removing the mandate which helped people and he passed executive order that allowed small businesses to get group health insurance which reduced our monthly health insurance payments from $3,200 to $1,700 a month. He also passed favored nation where we now pay 40% or more less on prescription meds. Those who use insulin daily now pay 50% less. We also saved a lot because of his tax cut”, she explains.

America being part of ‘The Paris Agreement’ matters

The US election will also have a significant impact on handling the climate crisis, which is confronting the world today. A US president who cares about climate change is what Delhi based Shoe Designer Filafi Fithu hopes for. Emphasizing that climate policies affects all of us, she says, “it is crucial especially for a third world county like India.”

Despite the United States being one of the top countries in the world to emit maximum greenhouse gas, she says President Trump has called “Climate Change a hoax and says, we don’t want to be part of the Paris Agreement.” When Trump announced about America withdrawing from the Paris Agreement in 2017, it also signified that the most powerful country in the world would no longer be leading the global fight against climate change.

Describing Trump as “irresponsible”, Fithu, an environmentalist at heart, says, “When a poor country like India is willing to take responsibility, how can a big country like US not be a part of an agreement like that?” "We fail to see but global warming is a real issue,” she adds.