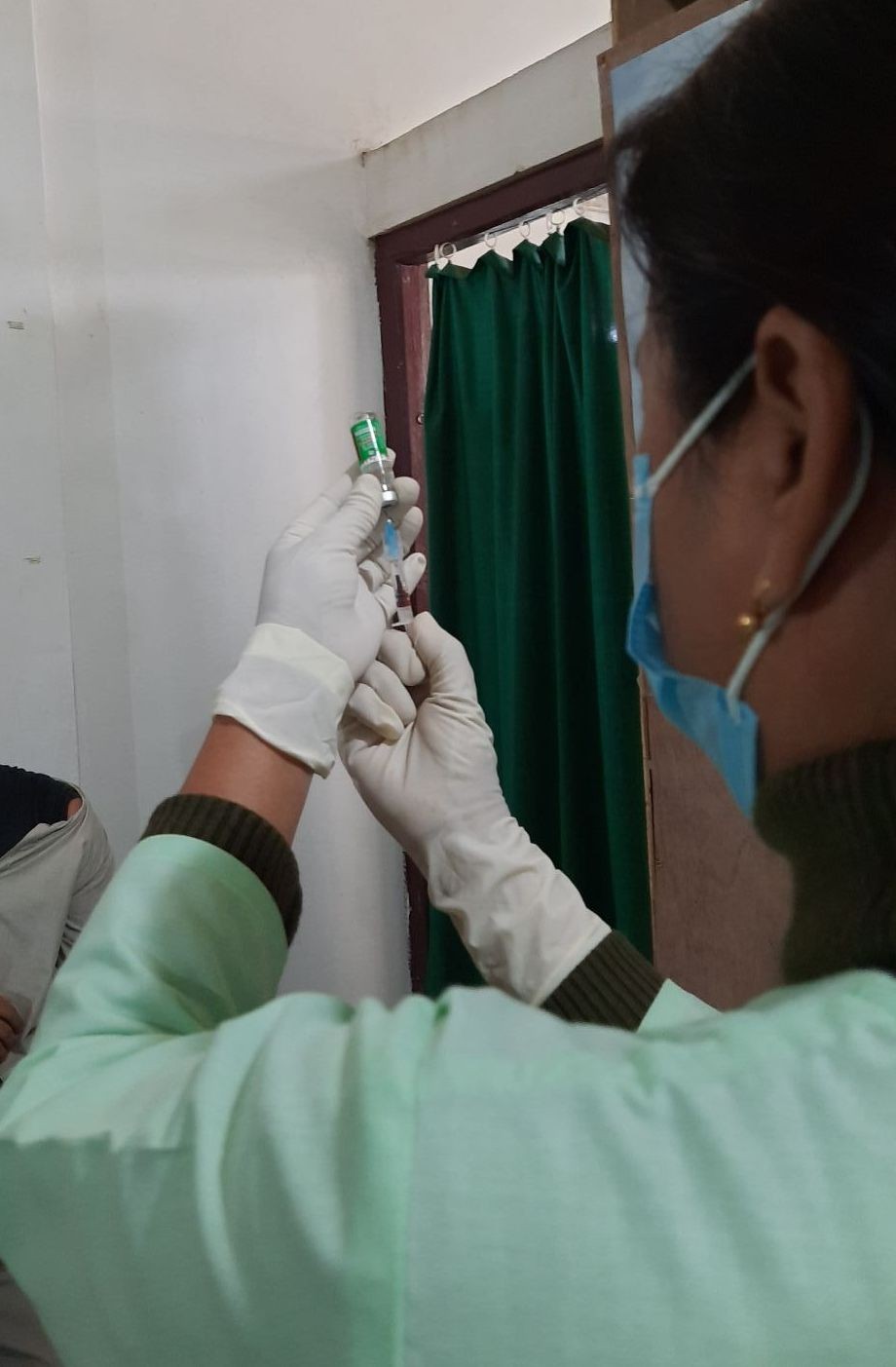 A nurse at Mokokchung’s Imkongliba Memorial District Hospital is seen preparing the first dose of ‘Covidshield’ vaccine for inoculation during the launching of the nationwide COVID-19 vaccine drive at District Hospital Tuensang on January 16. (Morung Photo)
Morung Exclusive
16th January 2021

Even as the first phase of COVID-19 vaccine was rolled out in Nagaland on Saturday, the government will have to address the daunting challenge of ‘vaccine hesitancy’ among the general population. “I would like to believe in the efficacy of the vaccine and the benefits of taking it but considering the process and stage of the vaccines, I am not too sure I would take it at the moment,” says Loreign Ovung, a lawyer by profession.

As a way to build trust among the people about the vaccine, she puts across that “maybe our leaders should lead the way and be the first ones to take it considering that they are also frontline workers in a sense.”

She further articulates her point by highlighting that in India, not even one minister has been shown as taking the vaccine as compared to the western countries, wherein world leaders like Joe Biden and Kamala Harris have led the way and taken the vaccine.

Expressing similar sentiments, musician Mercy Tetseo states relief that the vaccine is ready and available but says that she is not quite confident to take it right now while substantiating the need for more information on side effects, if any, effectiveness and all. “Not really ready to play guinea pig but if it becomes clear that it is safe and working and absolutely required in order to get on with life and travel, then yes, I will take it, but I will probably wait and watch a bit more,” she puts across.

As for the vaccination drive, Assistant Professor, Wetshete Thopi feels it is a good step forward on the part of the government to mitigate the spread of COVID-19 while expressing that “this will give a sense of relief and hope to the people who have been under the threat of the virus for almost a year now.”

However, the vaccination should be voluntary upon the citizens, he says, while adding that, “rushing into the vaccination drive without the third phase trials as is being discussed in the media, is a major concern and worry.”

“As for me, I will not take it until and unless I have developed symptoms of COVID-19,” he relates.

‘I will take COVID-19 Vaccine’
Regardless of the doubts surrounding the COVID-19 vaccine, there are also a handful of people who are confident about taking it. “As a healthcare professional, I will take COVID-19 vaccine,” Dr John Shupao, Nodal Officer for COVID-19, Tuensang District confidently states while also impressing upon that healthcare professionals should volunteer to be inoculated.

“I don’t know what the vaccine will do to my body but it will be safer to take,” he goes on to say while explaining that all vaccines have Adverse Effect Following Immunization (AEFI). “Regardless of which vaccination we are receiving like Measles or whichever, all the vaccines have AEFI and out of one lakh population, one or two may experience such cases. Similarly, for COVID-19 vaccine, maybe a few will experience adverse effect but not everybody will have,” he points out.

Expressing confidence in the vaccines, he further feels that the government would not just approve it without putting it through lots of clinical trials. “It is safer to take because it is more risky otherwise. At least, the vaccine will protect…I don’t know for how long but it will for a certain period of time. Personally, I don’t know much about this vaccine but I have the trust,” he adds.

Along similar lines, Assistant Professor Teisovi Gerard Meyase also expresses, “it is as good as science allows as of now, and I will take it.” 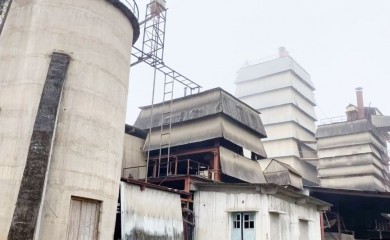