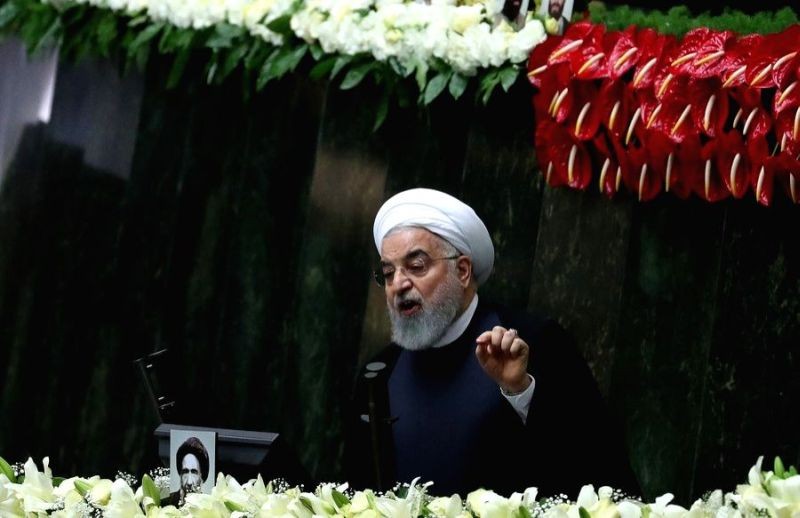 TEHRAN, SEPTEMBER 27 (IANS): Irans President Hassan Rouhani has slammed the US over imposing "inhumane" sanctions, saying the White House is responsible for all the "hostile measures and crimes" against Tehran.

Rouhani made the remarks on Saturday during a meeting of the National Headquarters for Managing and Fighting the Covid-19 pandemic here, reports Press TV.

"The Americans stopped the entry of medicine and food to our country through illegal and inhumane sanctions as well as terrorist operations.

"We have never seen people with such level of barbarism at the White House. They committed the worst atrocities," the President was quoted as saying.

He also condemned the US authorities for blocking a $5 billion loan from the International Monetary Fund (IMF) in April to help Iran fight its battle against the ongoing pandemic which has so far infected 443,086 people and killed 25,394 others.

Rouhani's remarks came a week after US Secretary of State Mike Pompeo on September 19 said the sanctions against Iran were being re-imposed according to the "snapback" mechanism under UN Security Council Resolution 2231, which endorsed the 2015 Joint Comprehensive Plan of Action also known as the JCPOA, or Iran nuclear deal.

Pompeo also threatened consequences if other countries fail to implement the sanctions.

The comprehensive nuclear deal was inked by Iran in July 2015 with the UK, China, France, Germany, Russia and the US, together with the EU.

The US withdrew from it on May 8, 2018, and unilaterally reimposed sanctions on Tehran, despite objections from the international community.

On August 20, the US had unilaterally invoked the "snapback" after its failed and isolated attempt in the Security Council to extend the arms embargo against Tehran that expires on October 18.