WHO team arrives in Wuhan to probe COVID-19 origins 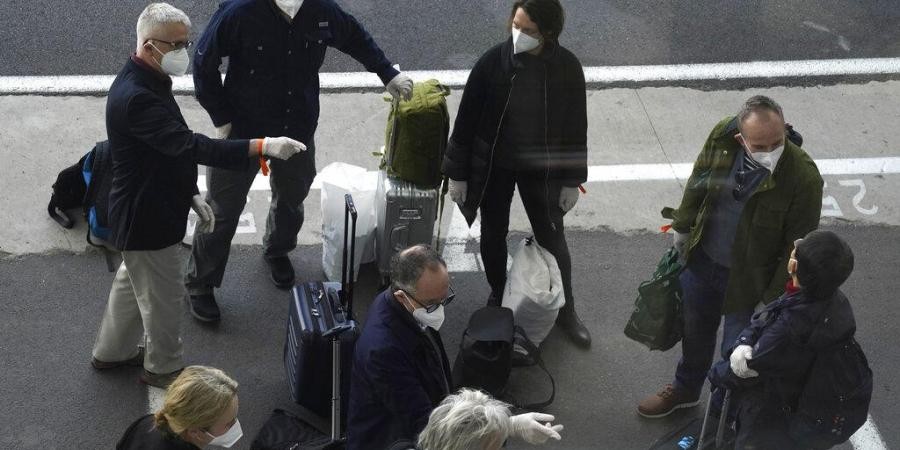 New Delhi, January 14 (PTI): A team of World Health Organisation scientists arrived in Wuhan on Thursday to investigate the origins of the deadly coronavirus pandemic, which emerged from the central Chinese city in December 2019 before engulfing the entire world.

The WHO experts arrived in Wuhan for the COVID-19 origin mission, Chinese official media reported.

According to the China's National Health Commission, the WHO team will need to go through relevant quarantine procedures required under the country's epidemic control measures before conducting fieldwork.

They were expected to go through a 14-day quarantine period and the necessary COVID-19 tests.

NHC officials told the media in Beijing on Wednesday that finding the origins of the virus is a scientific question, and they suggested conducting similar visits to other countries to achieve this objective.

The WHO experts will communicate with Chinese medical experts by video conferencing during their quarantine period, an NHC official said.

The WHO team's visit has become a bone of contention as Beijing, which questions the widely-held view about the virus' origins in Wuhan, delayed granting permission to it.

China has been proactively questioning the view that the deadly outbreak took place in a wet market in Wuhan where live animals, birds and reptiles are sold and spread to humans. The market remained closed and sealed since early last year.

Chinese CDC Deputy Director Feng Zijian said he has no answers as to what the intermediate host of the novel coronavirus was, or how the virus jumped from animals to humans, and China's medical experts will work closely with the WHO experts' team to try to probe its source.

"China has been calling for collective research by the international community into this virus. When the WHO team reaches Wuhan, Chinese experts will work closely with them to fulfill their job," Feng said.

In May last year, the World Health Assembly -- the governing body of the 194-member states of the WHO -- approved a resolution to set up an independent inquiry to conduct an "impartial, independent and comprehensive evaluation" of the international response as well as that of the WHO.

It also asked the WHO to investigate the "source of the virus and the route of introduction to the human population".

The WHO experts arrived in Wuhan as China is experiencing a relapse of COVID-19 cases.

The NHC on Thursday reported 138 newly confirmed COVID-19 cases, of which 124 were locally transmitted and the rest arrived from outside the mainland.

Of the locally transmitted cases, 81 were reported in north China's Hebei Province and 43 in northeast China's Heilongjiang Province, the commission said in its daily report.

One death related to the disease was reported in Hebei on Wednesday, with no new suspected cases reported.

Several cities with millions of people in Hebei province, which borders Beijing, are under lockdown to prevent the spread of the virus.

The total number of confirmed COVID-19 cases in China reached 87,844 by Wednesday and 4,635 had died of the disease so far, according to the NHC.

According to Johns Hopkins University's coronavirus tracker, over 92,313,000 people have been confirmed with the disease across the world and more than 1,977,000 people have died.