WHO vaccine drive bedevilled by familiar question: who pays if things go wrong? 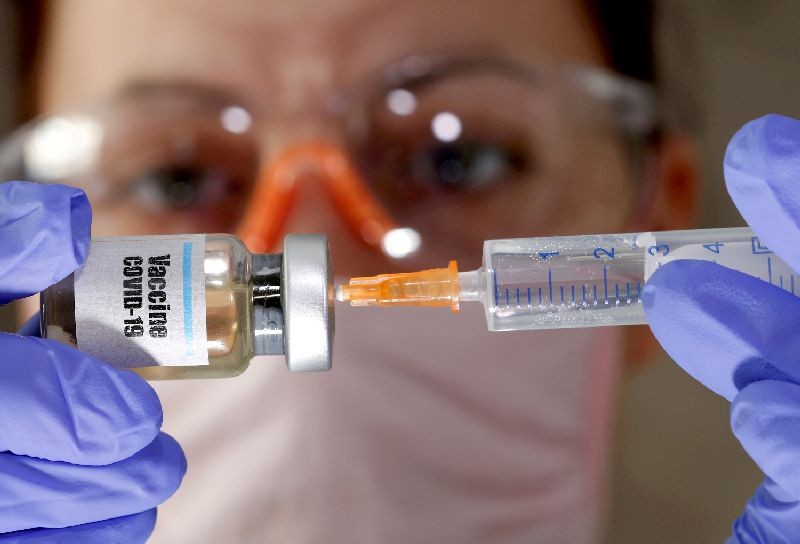 BRUSSELS, October 15 (Reuters) - Who foots the bill if people in poor countries fall sick with unexpected side-effects from coronavirus vaccines? It's not clear and that's a big problem in the battle to beat COVID-19.

The World Health Organization (WHO) has so far left the question of financial claims unresolved as it seeks to ensure shots are fairly distributed around the world, according to confidential documents reviewed by Reuters and six people familiar with discussions.

A similar situation emerged during the H1N1 swine flu pandemic in 2009-10. Back then, fears about potential compensation costs stymied the WHO's efforts to get vaccines to low-income countries. Some health experts fear the U.N. body risks making the same mistake.

Under the WHO's COVID-19 vaccine plans, known as COVAX, 92 poor countries are eligible to access vaccines at lower or no costs until the end of 2021, but liability conditions remain vague.

Without clearly stated terms, governments of poor states may be on the hook for potential compensation claims, which could put them off participating in the WHO-led scheme and risk prolonging the pandemic in places ill-equipped to cope, health experts say.

WHO and GAVI, a vaccine alliance which co-leads COVAX, said in a joint statement to Reuters that the scheme will try to solve liability and indemnification issues "while addressing the financial obligations this may impose on AMC-eligible economies," referring to the group of 92 poorer states which includes most African and South-East Asian countries.

Vietnam, which is eligible for free or cheaper COVAX vaccines, is unlikely to use shots provided by the global facility, a Vietnamese health official told Reuters, saying supply deals it negotiated bilaterally with pharmaceutical companies were more transparent than COVAX's terms.

Kenya, which is also eligible, said it was premature to say who should carry the liability for potential adverse effects but expected the vaccine makers to bear some of the responsibility, according to Rashid Aman, chief administrative secretary at the ministry of health.

Vastly underfunded -- COVAX has received about a quarter of the $16 billion the WHO and GAVI say it needs by the end of next year -- the scheme has left richer countries to fend for themselves when it comes to vaccine liability.

"Participants will be responsible for deployment and use of approved vaccines within their territories and assuming any liability associated with such use and deployment," according to a COVAX document seen by Reuters detailing the terms for countries that must pay to join.

"The consequence of this arrangement is that these countries may end up being liable to pay a very high hidden price if something goes wrong," a European Union senior official involved in talks with COVAX told Reuters.

This is one of the reasons why the EU has decided not to take delivery of vaccines through COVAX even though the 27-nation bloc has pledged money to the facility, the official said, noting that deals the EU is separately negotiating with vaccine companies involve clauses that make firms liable for potential compensation.

The United States has refused to fund COVAX and has instead sealed its own deals with drug companies, including offering a blanket legal immunity to COVID-19 vaccine makers in a bid to spur their investments in jabs.

China announced last week it would buy COVAX vaccines for 1% of its population.

There is no internationally approved COVID-19 vaccine, but the WHO estimates the first shot could be ready this year.

Adverse effects after a vaccine gets regulatory approval are rare but the speed at which COVID-19 shots are being pursued increases the risks of unforeseen conditions - and of large litigation costs.

During the H1N1 flu pandemic, the WHO struggled to get vaccines to dozens of poor countries partly because it had agreed with pharmaceutical companies that poorer nations would be on the hook for compensation claims just like richer countries, the organisation acknowledged in a 2011 report.

Most of the estimated half million people who died from H1N1 were in poorer countries.

COVID-19 has so far infected nearly 38 million people and killed at least a million.

There are nearly 200 coronavirus vaccines in development and many governments acknowledge that drugmakers are taking big financial risks in developing and manufacturing at an unprecedented speed -- it usually takes 10-15 years to bring a vaccine to market -- shots that may not be successful.

There is broad consensus that some of these costs should be covered by taxpayers and many rich countries already have public or private funds that could pay indemnities to victims.

But many poorer countries that have agreed to get vaccines through COVAX do not have such compensation schemes nor the financial resources to fund them.

This means that they could either face costs for which they have no insurance, or that potential victims there might not be compensated at all.

"We are concerned how such arrangements could be a barrier for access to COVID-19 vaccines in lower and middle income countries that cannot or do not want to take on liability for the vaccines," Dimitri Eynikel of Doctors Without Borders, a medical non-governmental organisation, told Reuters.

The Gates Foundation, one of WHO's largest funders, raised similar concerns in a meeting with health experts in September, a person who attended the meeting said.

"It is a high-priority for the foundation that (..)distribution issues are resolved to ensure that decisions impacting delivery are as effective as possible," a spokeswoman for the Gates Foundation told Reuters, adding that work was being done to address those issues.

In addition to potential compensation costs, the poorest countries that qualify for free or cheaper vaccines, are also required to chip in to buy vaccines with up to $2 billion by the end of 2021, a confidential GAVI document shows.

Those unable to pay could be exempted next year, but later on they "will be expected to co-finance COVID-19 vaccines with tiered contributions that reflect economies' ability to pay," according to the document, a copy of which was seen by Reuters.

Contributions from the poorest, which could be financed through loans and grants from international donors such as the World Bank, are expected to help plug the funding gap and achieve COVAX's goal of buying at least 2 billion shots by the end of next year from a dozen vaccine makers.