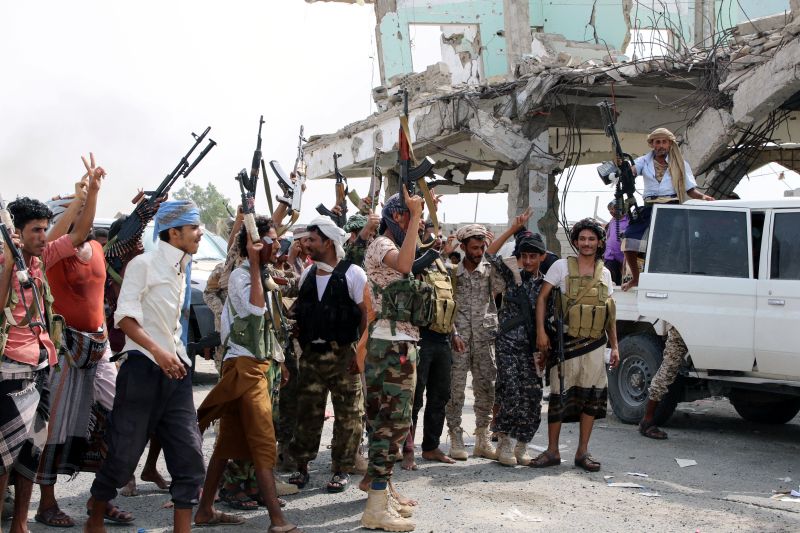 ADEN, August 29 (Reuters): Southern Yemeni separatists vowed on Thursday to avenge a government assault on their positions in Aden and brought in reinforcements from elsewhere, threatening an escalation in fighting between nominal allies in the country's complex war.

The separatists and Yemen's internationally recognised government of President Abd-Rabbu Mansour Hadi are supposed allies in a Saudi-led coalition embroiled in a largely stalemated war against Iran-aligned Houthis who hold the capital Sanaa in the north and most other populated areas.

But the United Arab Emirates, the second major outside power in the coalition, has fallen out with Hadi's side as it includes a party the UAE sees as close to the Muslim Brotherhood, which the Gulf state seeks to neutralise across the Middle East.

Hadi's government said on Wednesday it had recaptured Aden airport and controlled most of the southern port city, an assertion quickly disputed by the separatists.

On Thursday, the separatist Southern Transitional Council (STC) said some of its troops positioned on the outskirts of the Red Sea port city of Hodeidah, which is under Houthi control, had returned to Aden to join the battle against Hadi's forces.

"To whoever said the Southern Resistance has fled, I say: We are here," Hani Ben Brik, STC's vice-president, said in a video shared on social media showing him with dozens of his fighters outside Aden's airport building.

Yemen's foreign minister accused the United Arab Emirates, which backs the separatists, of carrying out air strikes on government positions in Aden. A Yemeni official said over 30 soldiers were killed by air strikes on the eastern outskirts.

The aid charity Medecins Sans Frontieres said it had taken in 51 casualties during heavy fighting in Aden on Wednesday, 10 of them already dead when they reached its hospital.

“It’s total chaos here. There was fighting in the city all day yesterday. Things appear to have calmed down a bit this morning, but we expect the hostilities to resume at any point," MSF programme manager Caroline Seguin said in a statement.

Reuters could not independently confirm the air strike or casualty reports, and UAE officials did not immediately respond to requests for comment.

There were sporadic clashes across Aden on Thursday with gunmen on both sides patrolling deserted streets, residents said. Shops, restaurants and businesses were closed.

The Western-armed, Sunni Muslim coalition intervened in Yemen in March 2015 against the Houthis after the group ousted Hadi from power in Sanaa in late 2014. Aden is now the temporary seat of Hadi's government.

A brigade of the STC's Giants Brigades had arrived in Aden from the Hodeidah theatre to support the fight against government forces, an STC statement said. A U.N.-brokered ceasefire has been in place in Hodeidah since December.

A Yemeni official said Saudi Arabia and the UAE had made contact with both sides to try to defuse the conflict but more fighters were seen arriving in Aden and the other southern provinces of Shabwa, Lahej and Abyan.

"The Coalition remains committed to supporting reforms in the legitimate government, tackling corruption, encouraging inclusiveness towards to all Yemeni factions, in order to ensure representation of all Yemenis in the future of the country," said UAE National Media Council director Jaber Al Lamki.

The separatists aim ultimately to restore the South Yemen republic which merged with the north in 1990. They had clashed occasionally with government forces for several years before major new hostilities erupted this month.

Saudi Arabia has called for a summit to end the standoff, which has roiled U.N. efforts to end a war that has driven Yemen to the brink of famine and is widely seen as a proxy struggle between Iran and Saudi Arabia for regional dominance.

But Hadi’s government has said it will not participate until separatists cede control of sites they seized earlier in August.

His forces retook Zinjibar, capital of neighbouring Abyan province, on Monday, after securing most of the oil-producing Shabwa region and its liquefied natural gas terminal in Balhaf.