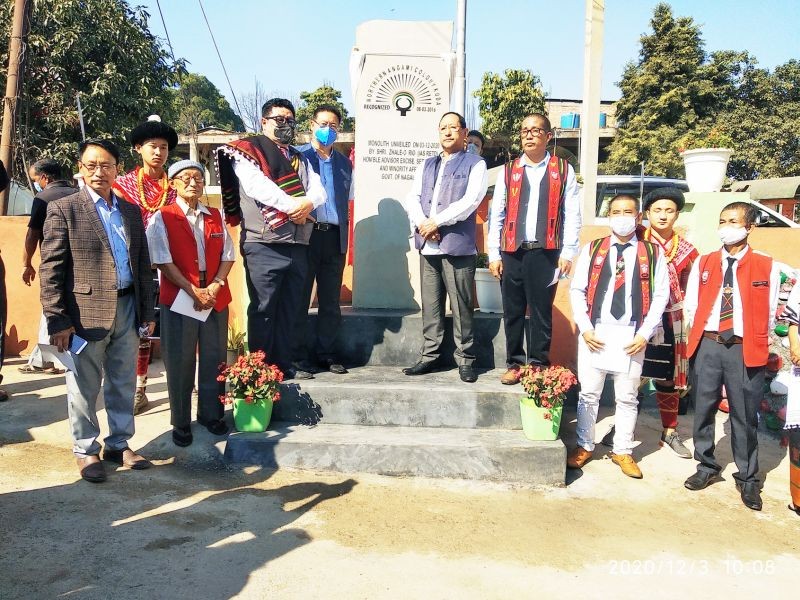 In the ribbon cutting ceremony of the monolith, Zhaleo called upon the residents to be united and broad-minded in their aspirations. He affirmed that they are vital for progress and developments. Zhaleo led a one-minute silence as mark of respect to the forefathers of the colony and challenged members to take the colony to higher level in recognition of the efforts rendered by the founding fathers.

He further urged every resident to be socially responsible, be it for the uplift of the colony or Dimapur or Nagaland as a whole, while citing the failure of some dignitaries to attend the program. He also asserted that “irresponsible failures on our part in the society can become seeds of dissension” and requested everyone to be sensible towards the interest of the society.

Speaking on the COVID-19 pandemic, Zhaleo stated that Nagas have the tendency to stigmatise things, thereby creating confusion without knowing facts but that “we must learn to live with the new normal and follow all necessary protocols given by the concerned department.”

A press release from the Media Secretary, NDPP 5 Ghaspani-II A/C stated that the inaugural function was chaired by Ruopfükhrielie and opening prayer by Vilasetuo, Pastor, NAC, while Kevise Sogotsu delivered the welcome address.