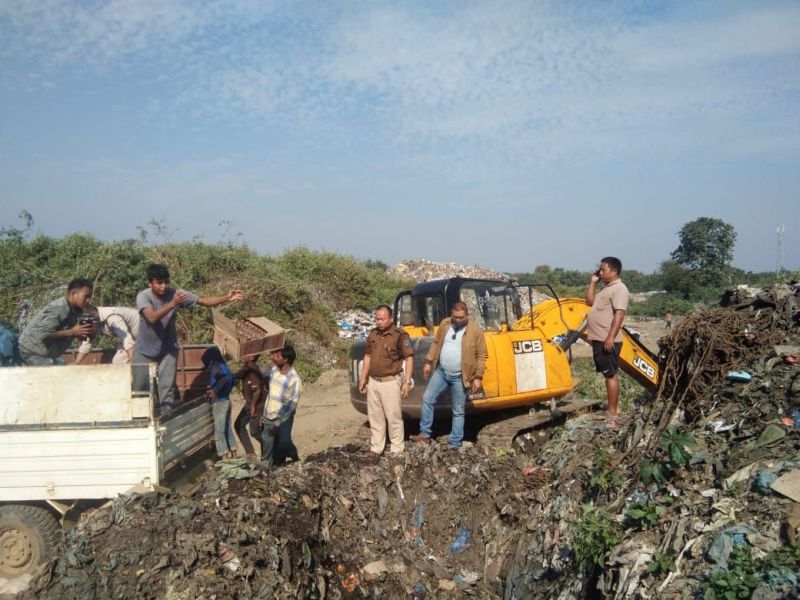 The illicit liquor, which was seized by the Assam Rifles, disposed on December 13. (Photo Courtesy: Destruction Committee)

Dimapur, December 14 (MExN): A total of 1098 cases of liquor which were seized by the Assam Rifles were destroyed on December 13 in Dimapur.

According to a press release from the Public Prosecutor, T Marlemba, who is also the Chairman of Destruction Committee, the liquor were seized on two separate occasions by the 5 and 41 Assam Rifles but the release did not mention the dates.

The release added that the seized liquor was destroyed before “pre-trial” as per an order Chief Judicial Magistrate, Dimapur on “grounds of vulnerability to theft and constraint of proper storage space as prayed by the respective investigation officers and officer-in-charge of the police stations subject to condition that, Sample of Exhibit of the same must be properly sealed before destruction to be used as evidence during the trial.”