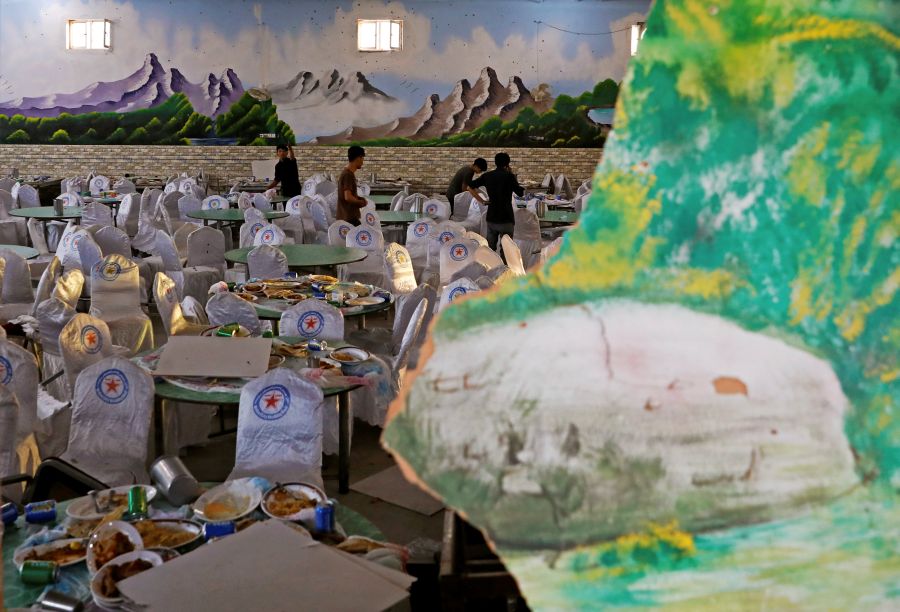 KABUL, August 21 (Reuters): The death toll from a suicide bomb attack on a wedding reception in Afghanistan's capital, Kabul, has risen to 80, two senior officials said on Wednesday.

The initial death toll after the Saturday night blast was 63, but some of the wounded had died, said Nasrat Rahimi, a spokesman at the interior ministry.

"Seventeen others have succumbed to their injuries in hospital and over 160 are still being treated either in hospitals or at home," Rahimi said.

Among the 160 people wounded at the wedding blast, many are in critical condition, some not well enough to undergo surgery, said a second senior interior ministry official.

The Islamic State (IS) militant group claimed responsibility for the attack.

Mirwais Elmi Mohammadi, the 26-year-old groom whose wedding party was attacked, said he was in a complete state of disbelief and had no mental strength to attend the funerals of his relatives and friends.

"To see family members die, or get injured at my wedding is a very heavy burden of grief and regret," Mohammadi told Reuters.

Many Afghans have cancelled or scaled back plans for weddings and other festivities in recent days and are demanding that the government tightens security to protect society.

At least 3,812 civilians were killed or wounded in the first half of 2019 in the war against militant groups, including a big increase in the number of casualties caused by government and foreign forces, the United Nations said in July.

Police said more than 25 weddings had been postponed in Kabul after the latest suicide attack renewed fears about the threat posed by IS at a time when the United States and the Taliban appear to be nearing a deal on a U.S. troop withdrawal.

"We pay taxes to the government and it is the responsibility of the government to provide us with high security. We have the right to be protected," said Mohammad Nader Qarghaie, head of the union of wedding halls.

The union, which has more than 100 wedding halls and large banquet rooms as members.

A frustrated Mohammad Ashraf, who owns a food catering business in Kabul, said civilians had to be protected.

"Afghans are being used as pawns by all foreign countries and militant groups to prove their strength," Ashraf said.

On Tuesday, U.S. President Donald Trump said the U.S. military role in Afghanistan has basically turned into a "ridiculous" police force in a sign that he was open to a U.S. troop drawdown after a deal with the Taliban.

U.S. special envoy for Afghanistan Zalmay Khalilzad, who has been leading talks with the Taliban, is expected in Qatar on Wednesday to resume meetings with Taliban negotiators.

He is later due to travel to Kabul to meet Afghan leaders.