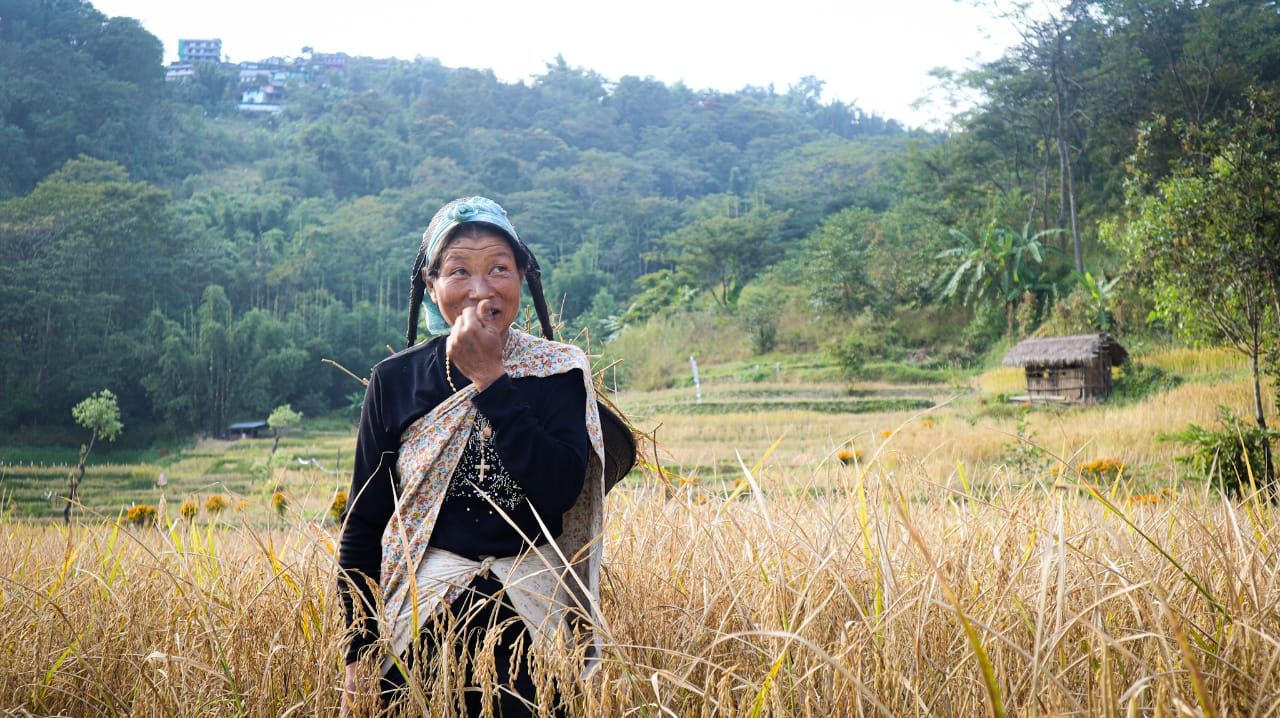 A woman farmer enjoys a light moment as she engages in rice harvesting in a paddy field in Phesama village, under Kohima District. (Morung Photo)

She made the assertion as a part of the 16 days activism against gender-based violence, commemorating the International Day for Elimination of Violence against Women which started on November 25 and ends on December 10, the United Nations’ Human Rights Day. A door to door campaign is being extensively carried out in all the districts of Nagaland as a part of the initiative.

The campaign has enabled many women across Nagaland to open up and share their experiences in the confines of their homes where they are comfortable to tell their stories and ask questions related to violence against women. During this campaign, a group of 4-5 people visit homes and talk about 181, One Stop Centre, and Mahila Shakti Kendra and the facilities available for them or the rights and laws that women have.

“We have found that the door to door campaign has helped women open up. They are more comfortable sharing and asking questions during this campaign than in crowded events,” Medom said. She added, “If we call them together for an event, a vegetable vendor for instance has to sacrifice her day’s wage and so this has proved to be a better way to reach out to them.”

On being asked about the scenario of violence against women in the state, she maintained that there are more cases being reported now.

“Perhaps because people are more aware now and the other thing is that our women are also becoming more aware and confident,"she remarked. She recalled that the last time they went to street vendors and talked about 181, they were aware of the facilities available to them.

Pointing out that more people are coming forward, she informed that through the “Beti Bachao, Beti Padhao"campaign,  a lot of schools have been covered and “when we go to all those schools, children are more aware of what they are into”.

Under the initiative of the state board, they have also done radio jingles continuously, which has especially helped empower women in the rural areas as per the feedback they have received.

“We believe that it’s a positive sign that they are becoming more aware. People are calling up from far flung villages. We are taking small steps but we believe it has a ripple effect,” she affirmed.