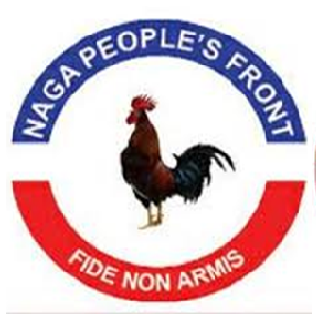 DIMAPUR, NOVEMBER 8 (MExN): The Naga People's Front leaders were camped at the national capital New Delhi recently to oversee the crucial round of negotiation between the Government of India (GoI) and the Naga negotiators.

A press communiqué issued by the NPF press bureau stated that the NPF delegation comprising of its MLAs and party senior leader led by the Legislature Wing leader, TR Zeliang met the leaders of both the NSCN (IM) and the 7 NNPGs at New Delhi on the eve of the crucial Indo-Naga peace talks with the GoI and impressed upon them to come together by burying their differences and work out for the sake of the better Naga future and to work collectively for an honourable solution with the GoI.

The NPF appealed to both the GoI and the Naga negotiators to give space to each other by understanding each other’s difficulties and arrive to a logical, acceptable and honourable conclusion keeping in mind of the complex situation of the region and the world at large.

It also reiterated that the top most priority of the party is to work and assist in any possible manner on any approach for a peaceful solution and since then, the party has been tirelessly working as a facilitator role.

Expounding some of the sequence of events on the ongoing Indo-Naga peace process vis-a-vis the facilitator role played by the NPF party, it said the party initiated for genuine reconciliation amongst the naga national groups and towards that end, a delegation comprising, the Naga Hoho and the Eastern Naga People's Organization was deputed to Myanmar to meet late SS Khaplang in February 2016 and the mission was done under the full knowledge of the GoI.

The NPF party expressed its desire to the GoI and the NSCN (IM) to include the 6 NNPGs (now 7 NNPGs), into the negotiating table, to which both the parties agreed. The party took this initiative keeping in mind the party stand on inclusive, honourable and acceptable solution, it stated.

In an effort to usher a permanent peace and harmony amongst its neighbouring states and its people, the NPF Government led by the then Chief Minister, Dr. Shürhozelie Liezietsu undertook a goodwill journey to Manipur in 2017 and had a fruitful meeting with its counterpart Chief Minister, Biren Singh.

The NPF party has also been giving a consistent effort to bring all the other Naga Political Groups who are yet to join the ongoing peace process, it further claimed. .