Protests continued in Imphal on Wednesday in connection with the Naga political issue. The protests have been carried out for several days now under the banner of Coordination Committee on Manipur Integrity (COCOMI).

COCOMI coordinator, Sunil Karam said on Wednesday that there is confusion in the minds of the people of the state when Union Home ministry stated that "stakeholders" of Assam, Arunachal Pradesh and Manipur will be consulted before inking the peace deal. Karam said that the peace negotiation had already been concluded on October 31 and still the Centre is giving assurance to consult with the stakeholders.

“It appears the Centre is fooling the people of the state once again,” he said and added that doubt is yet to be cleared as the state government failed to obtain the contents of the points agreed in the last round of Naga peace talk on October 31.

He then asked the people to remain alert and reiterated that COCOMI and the "people of Manipur" will not accept any peace agreement that will sow the seed of disintegration of Manipur.

Karam then alleged that the state government is turning towards the COCOMI for setting the deadline to disclose the contents of the agreed points of the just concluded peace negotiation.

He appealed the state government to press the Centre to provide the agreed points and clear the doubts of the people of the state.

Karam also appealed the people not to indulge in any activities bearing communal tone while asserting that COCOMI’s objective is to protect the integrity of the state which would be able only when all communities live in harmony.

As per announcement made by COCOMI, similar rallies will staged on November 7 too which would be followed by "alert protests" by forming human chains on the roads in all localities together with educational institutes and private establishments on November 8 and 9. 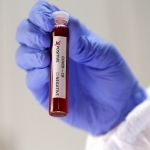 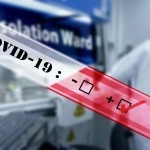 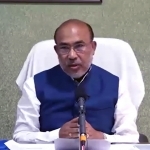 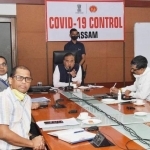 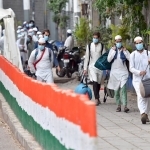