In 21st century, threats 'from all sides' for Latin America's original languages 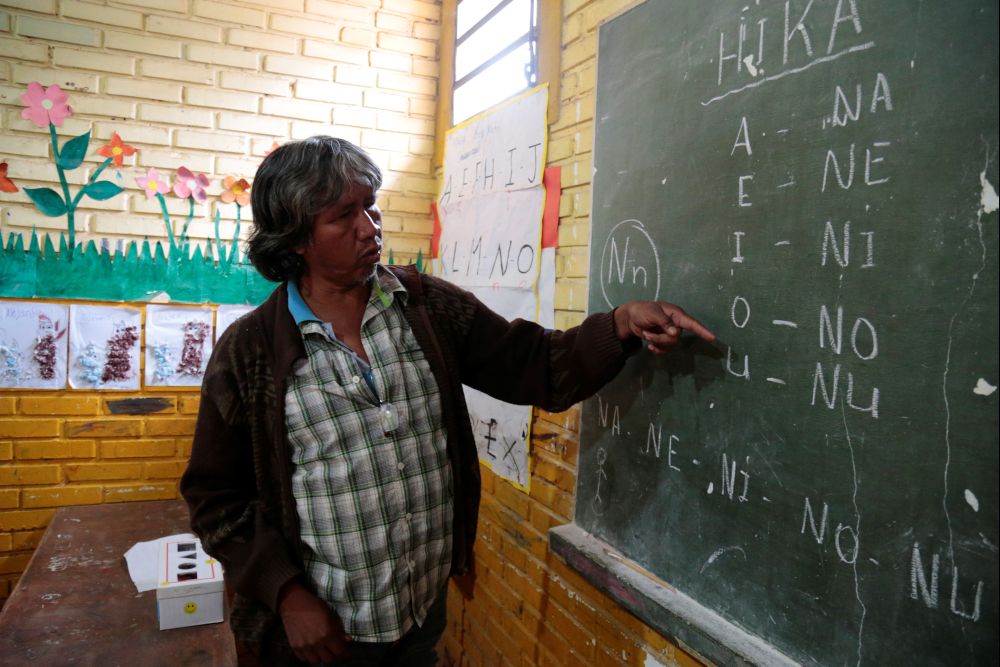 VALLE DE LAS PALMAS, Mexico, July 28 (Reuters) - At school in Tecate in the 1950s, a city sitting on Mexico's border with the United States, Josefina Meza was welcomed by a chorus of children's chants in a language she did not understand.

"Pinches indios, pinches indios," her peers called out. At first, Meza thought they wanted to be her friends. But her brother clarified: Using Spanish, which she had yet to learn, they were humiliating her, chanting a slur for indigenous Mexicans that rang as strong as the "n" word in English.

The silver-haired, 72-year-old remembers quizzing her brother in her native Kumiai, now one of the dozens of rapidly disappearing indigenous languages in Latin America. 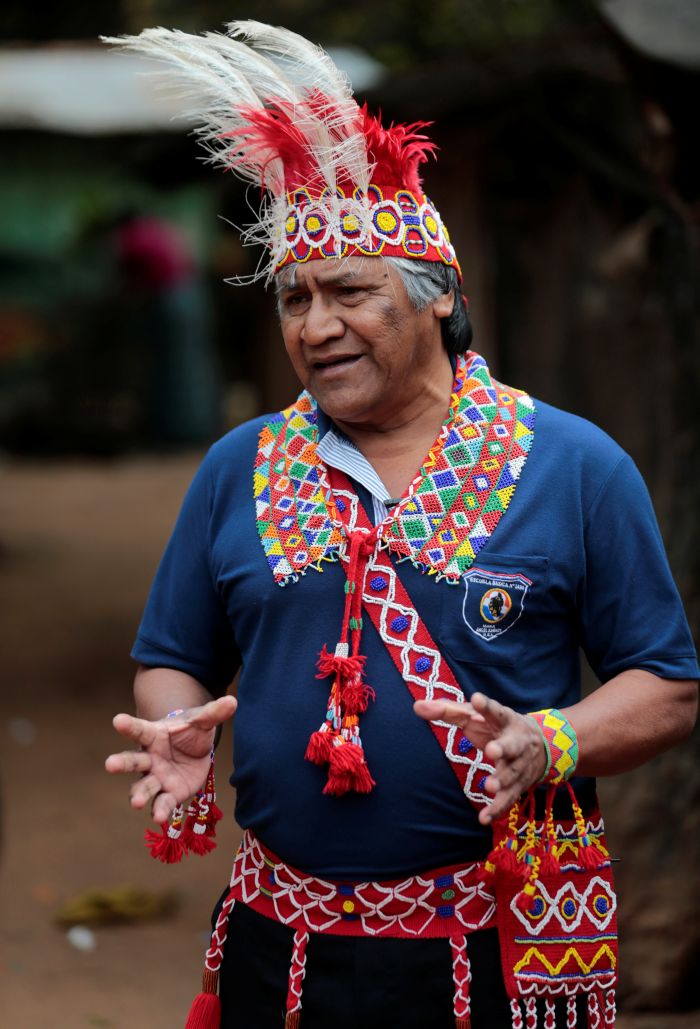 "I asked him what that word, 'indio,' meant," the indigenous activist said of how she had not known the term used by some Mexicans to refer to her people, similar to the English "Indian." "But when I started to speak more Spanish and talk with them, I understood the mockery," Meza said.

These experiences were among the reasons the Kumiai people and other indigenous groups the length of Latin America started teaching their native languages to their children less - to avoid discrimination.

Decades later, the racism evident in "pinche indio" remains widespread in the region, combining with globalization and technology to threaten with extinction some 170 languages, including the 381-speaker Kumiai, which remains at risk despite efforts by governments and civil society organizations since the mid-20th century.

Though language extinction is a "natural process" due to the constant transformation of cultures, it comes with a price, said Frédéric Vacheron, representative of UNESCO, the United Nations Educational, Scientific and Cultural Organization, in Mexico.

"It is not only words that disappear, it is a perspective, a wealth of cultural practices, a worldview," Vacheron said.

UNESCO named 2019 the International Year of Indigenous Languages, committing to working with governments and native peoples to rescue endangered and threatened tongues among the 600-some surviving indigenous tongues in the region.

Preserving indigenous languages has become a race against the clock. It may be too late.

Brazil, the region's most linguistically diverse country, runs the risk of losing a third of its 180-plus languages by 2030. In Mexico, almost two thirds of its 68 languages are on the brink of disappearance. This trend repeats in Argentina, Bolivia, Colombia, Chile, Ecuador, Paraguay, Peru and Central America.

"OUR LANGUAGES ARE MURDERED"

In the past decades, some Latin American governments have made efforts to preserve indigenous languages from a decline that has been in process since the arrival of Spanish and Portuguese colonizers five centuries ago.

In some cases, government efforts have proven effective. Paraguayan Guarani, one of the two official languages of Paraguay, is still spoken by some 12 million people in South America and nine out of 10 Paraguayans.

In 2016, Peru's state broadcaster launched its first program in Quechua, which is spoken by over 10 million people in Argentina, Bolivia, Chile, Colombia, Ecuador and Peru. The broadcaster called the Quechuan program "Nuqanchik" - the language's word for "us." Programs in the languages of Aymara and Ashaninca soon followed.

But across the Americas, indigenous activists say the policy shifts are too little, too late. They say it remains impossible to navigate most countries using indigenous languages, and a number blame governments.

"Our languages don't die, they are murdered. The Mexican state has erased them," said Yasnaya Aguilar, who speaks Mixe, the mother tongue of some 90,000 people in southwest Mexico.

Aguilar spoke in Mixe to the Mexican Congress in February, blaming discriminatory education, health and justice systems for the loss.

NO WORD FOR "COMPUTER"

Gasoda Surui, an anthropologist from the Suruí-Paíter tribe in the jungles of Brazil, said technology was a challenge for his language, the almost-extinct Tupi-Monde. It has about 200 speakers - and no term for internet, telephone, computer or car.

"We feel the threat from all sides: cultural, environmental, territorial and linguistic," Gasoda said. He confessed that in his village people sometimes forget crucial words in Tupi-Monde, and everyone is bilingual with Portuguese.

In the past five centuries, more than 1,000 languages disappeared in Brazil. The government only recognized the right of indigenous people to use their native languages in 1988.

Elsewhere, even widely spoken tongues like Quechua face problems when it comes to the language of technology.

Former Peruvian congressman Jose Linares was contracted to implement new technologies in 12 schools back in 1996. But while one of the schools spoke majority Quechua, the programming language he was meant to teach, Logo, was only in Spanish.

At the time, an indignant Linares pulled a team together to translate the Logo program into Quechua. Members of his teaching institute have done the same with its successor, Scratch. But Linares thinks Quechua needs more than translation - to develop science and technology terms that do not currently exist - so he created a Quechua dictionary with the new vocabulary.

"We have to improve Quechua so that its speakers can really live in it," the 76-year-old Linares said.

Like Quechua, Nahuatl was a dominant language in the Americas. It had been the lingua franca across Mesoamerica from the 5th century until the arrival of the Spaniards, and continued to be spoken and studied after colonization.

Unlike Meza's beloved Kumiai, Nahuatl is still written and spoken extensively, and is not at imminent risk of disappearing. Spanish has taken at least 200 words from the Nahuatl vocabulary. Some, like "tomatl," meaning tomato, and "chocolatl," or chocolate, have left their mark on English.

But although it still has 1.5 million speakers, it once had many more.

"My parents taught me a little, but I never mastered it," said Miguel Escobar, a student in his final year at a high school in Ecatepec, a municipality near Mexico City. "I wish I had learned more; I don't understand my own grandparents."