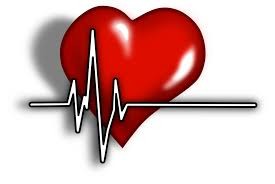 London, June 8 (IANS) Fear of Covid-19 seems to be keeping heart attack patients away from hospitals as the number of such patients seeking urgent hospital care has dropped over 50 per cent.

"There has been lack of public reassurance that efforts have been made to provide clean hospital areas for non-Coivd-19 patients," said study researcher Barbara Casadei, Professor at European Society of Cardiology (ESC) in France.

For the study, published in the European Heart Journal, the research team surveyed 3,101 healthcare professionals in 141 countries in mid-April.

The vast majority of hospital physicians and nurses reported drop in the number of heart attack patients reaching the hospital in the coronavirus time against pre-Covid-19 crisis. On an average, there was 50 per cent decrease.

In addition, most respondents said of the patients who did reach the hospital, 48 per cent arrived later than usual and beyond the optimal window for urgent treatment.

A separate survey of interventional cardiologists (doctors who insert stent to open blocked arteries), found 28 per cent rise in life-threatening complications in heart attack patients during the pandemic.

This poll, conducted by the European Association of Percutaneous Cardiovascular Interventions (EAPCI), surveyed more than 600 interventional cardiologists from 84 countries during the first two weeks of April.

Nearly half of respondents said the restoration of blood flow was delayed due to Covid-19 fears, a situation likely to lead to premature death and disability.

The survey also revealed the number of other procedures had been drastically reduced during the pandemic. "The delays, we are seeing in heart attack patients coming to hospital, have significant harmful consequences," said EAPCI's Dariusz Dudek.

"Patients who don't report promptly were in a far worse condition when they finally arrived at the hospital. Also, they are often too late to benefit from the life-saving treatment that we can provide," Dudek said.

"Patients' fears of getting infected at the hospital must be addressed. They need to be assured that the in-hospital risk of coronavirus infection has been minimised for patients being admitted with heart attacks or strokes," the authors of the study wrote.