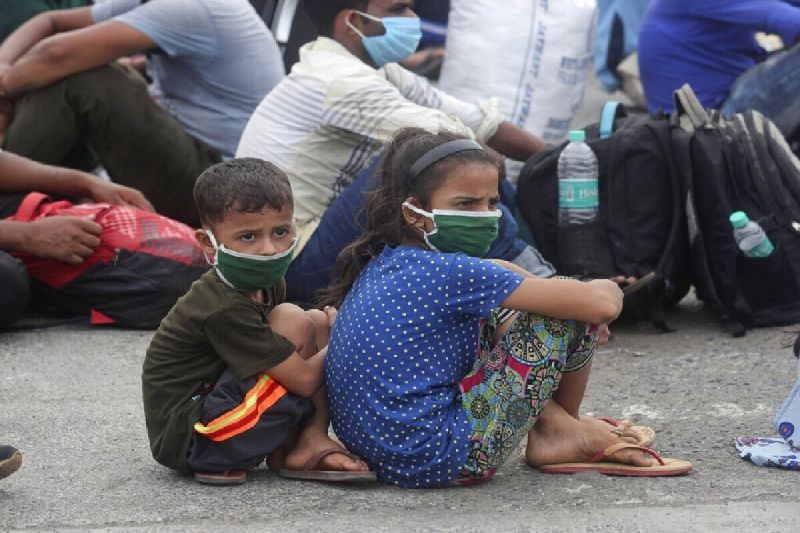 London, October 2 (IANS): As many as 800 million children have dangerously high lead values in their blood. The neurotoxin can cause permanent brain damage, warn researchers.

The huge international numbers come from a new report from Pure Earth and UNICEF.

Pure Earth works to solve pollution problems that can be harmful to humans.

"A child's earliest years of life are characterized by rapid growth and brain development. This makes children particularly vulnerable to harmful substances in the environment," said study co-author Kam Sripada from the Norwegian University of Science and Technology (NTNU) in Norway.

"Exposure to lead during pregnancy and early in life can lead to a child never reaching his or her potential," she said.

Lead is an element, but also a powerful neurotoxin that can cause damage at a level as low as five micrograms of lead per decilitre of blood. Lead poisoning can be acute and can cause everything from stomach pain to brain damage, coma and death. But lead poisoning can also come on slowly, because it accumulates in the body over a long period of time.

The most common symptom is lethargy due to anaemia. High lead levels can attack blood and bone marrow, the nervous system and the kidneys.Lead poisoning can also contribute to a lower IQ and behavioural problems that can last a lifetime. A lot of the lead comes from lead-acid batteries that are not responsibly recycled, the researchers said.

The number of motor vehicles has tripled in low- and middle-income countries in the last 20 years, which in turn has led to a sharp increase in lead-containing batteries. About half of the batteries are not properly recycled or recovered.

Indirectly, countries can suffer enormous income losses as the children grow up with these sources of lead exposure. As adults, they often are not able to contribute optimally to the societal economy.Both the World Health Organization (WHO) and the Centers for Disease Control and Prevention in the US believe that the situation requires international measures, such as more information and strengthening of the health care system in several countries.

"This report shines the spotlight on the lead as an important global environmental and health problem that is especially tied to children's health and development," said Heidi Aase from the Norwegian Institute of Public Health.

The study examines relationships between environmental toxins in the mother's womb, including lead, and various measures of brain development.

ADHD, autism and cognitive functions are considered in a large sample of Norwegian children. Environmental toxins found in the mother's body during pregnancy can affect the baby's development.

The research team will use the results to study relationships between socioeconomic factors, such as income, education and living conditions, and levels of lead and other environmental toxins in pregnant women and their children.