Mushrooms are culinary treasures. Low in calories but loaded with nutrients, mushrooms are also called the ‘Powerhouse of Nutrition.’ 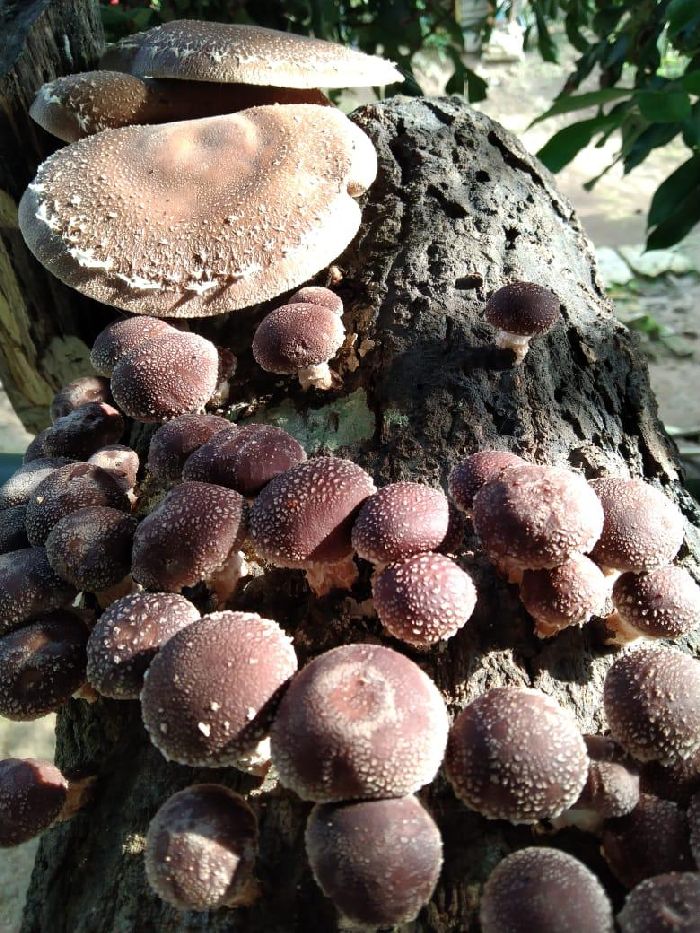 Understanding the scope and opportunities, the Indian Council of Agricultural Research (ICAR), Nagaland Centre and Department of Horticulture, Government of Nagaland are also pushing for more schemes and training to empower mushroom farmers in Nagaland.

Intrigued by the prospect, a young Naga Scientist, Dr Sosang Longkumer has dedicated himself to study and grow mushrooms.

The 37 year-old social entrepreneur, CEO of ALON MPCS Limited (Society) and also the Founder and Director of ‘KONGER AGRITECH (Pvt Ltd Company)’ has been researching different kinds of mushrooms for the last four years.

In October 2019, Dr Sosang successfully cultivated and produced exotic Shiitake mushrooms in Nagaland, opening a new chapter of their farming in the state.

It was the blooming of a whole year of experiment, he says. Shiitake, a native to East Asia, is also considered a medicinal mushroom, thereby increasing their applicability beyond as a food item. 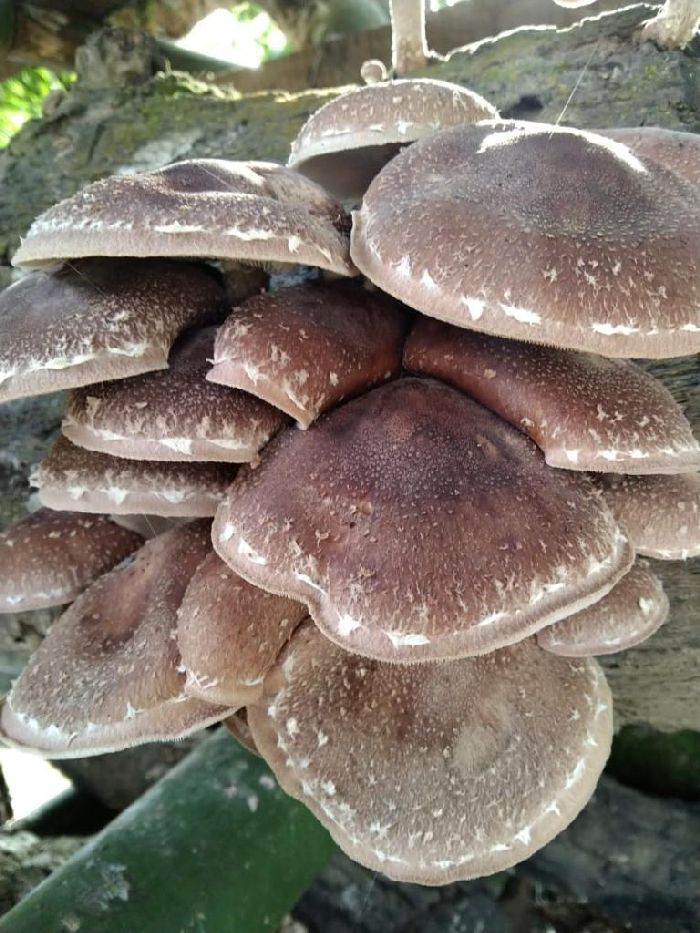 “Mushrooms, to be specific, began in a jest with my former colleague Dr Rajesh, who was working as a Scientist in ICAR Nagaland Centre,” he says.

Working as a Research Associate in ICAR-NRC on Mithun, Medziphema, Dr Sosang would often visit his colleagues in the ICAR Plant Science Section to observe how they culture the mushroom fungus and make the spawns.

“Since I studied Microbiology in my Bachelors, I told them that I could do this technique easily. They asked me to prove it. I took it upon myself to culture the fungus, made the spawn and showed them,” explains the young scientist, who was associated with ICAR NRC on Mithun from 2008 till 2019. 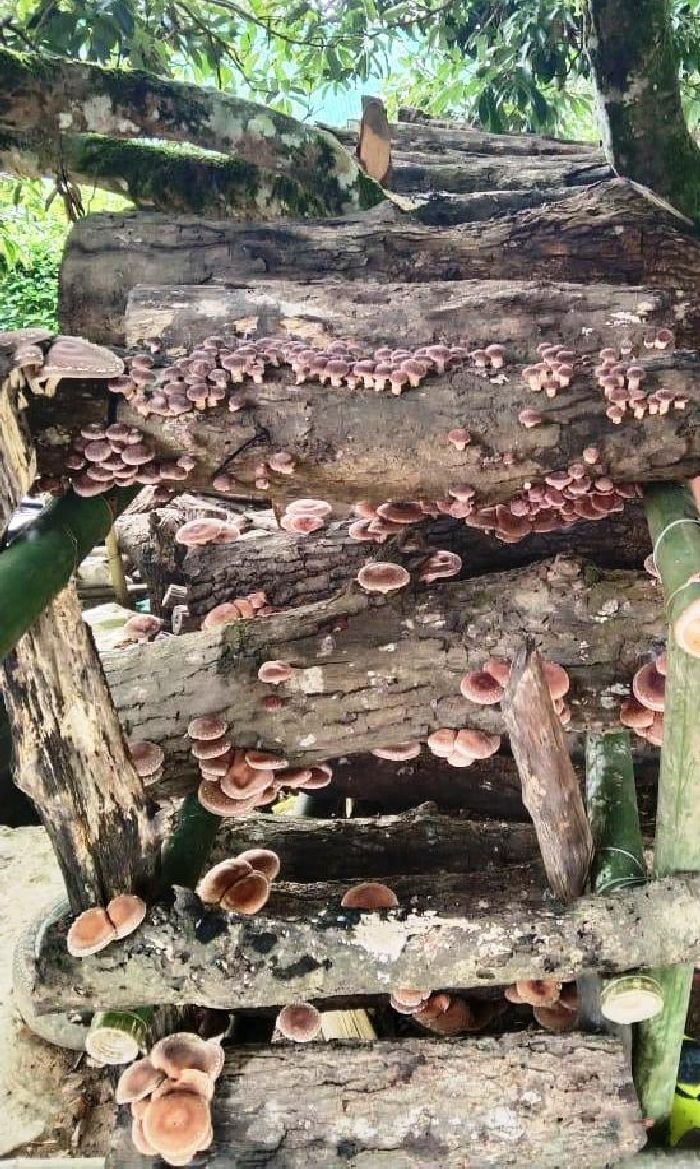 The senior scientists, impressed by the quality of the result, advised him to start a spawn production lab which was much needed in Nagaland.

They also highlighted the need for committed production to meet the high demand.

Additionally, Dr Sosang narrates that he grew up watching his father, Rev Dr Nuklu Longkumer cultivating mushrooms as a pastime activity in their village (Changtongya) while serving as a pastor.

It made him realize that mushroom cultivation can be done by anyone and taken up as a full time activity.

“Above all, it is a profitable agri business, with low investment and early returns. It can be either a full-time or an alternative source of income,” he adds. 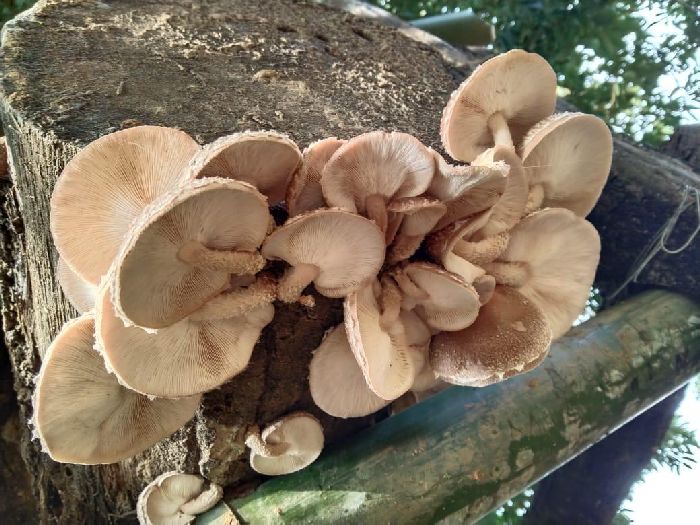 Culturing mushroom in lab
“Starting a laboratory in a place like Nagaland with limited resources and connectivity is really difficult. However, I give all the credit to ICAR-NRC on Mithun where I strengthened my technical and scientific ability,” Dr Sosang acknowledges.

He learnt how to start a fully functional molecular biology laboratory from scratch while working under Dr S Mukherjee, Principal Scientist, ICAR-NRCM.

He started to make the spawns in small quantities, using other laboratories and it garnered positive response.

“I realized the need for a laboratory for which I took a loan from the Bank of Baroda under the PMEGP program through KVIC and set up the lab,” Dr Sosang informs.

“It was the trust in my spawn quality by the first few farmers and the results they generated which motivated me further,” he says.

From there, he cultivated more and showed encouraging results, after which various Government departments came forward for collaboration especially for the Shiitake cultivation trial which was “successful.”

Knowledge sharing
Having been able to grow mushroom spawns successfully in his lab, Dr Sosang is also actively engaged in training farmers and entrepreneurs who want to start growing mushrooms and improve their knowledge.

Dr Sosang says from the beginning his aim has been, “knowledge sharing and empowering farmers and taking them under his wings.”

“From the time the farmers procure the spawns from us, till they harvest, we ensure to impart step-by-step guidance.

Each variety and place requires a different approach based on the climatic conditions and process, and I take it as a personal responsibility to continuously research and pass on any information to the farmers,” he adds.

Dr Sosang also makes use of the WhatsApp group to actively communicate and share reviews, feedback and information with the farmers on a daily basis.

“Hand holding them through every stage is my prerogative,” he asserts.

Challenges and the future
Dr Sosang shares that progress so far has not been devoid of challenges and one of the greatest has been “not losing sight and being able to scale up from a one man army to a community.”

He adds that there are many young people with the yearning to learn but being a self-funded organization, the initial days were challenging as both the farmers and the produces were very limited. Nonetheless, he maintains, “Successes of the farmers are my reward. It is extremely fulfilling.”

Talking about the future, he says, “We are just at the beginning and hope to increase the number of mushroomprenurs in the months and years to come and make Nagaland the market for exotic mushrooms.”

Dr Sosang also shares that his primary goal is to brand Nagaland as an organic Shiitake State in India and to achieve this collaboration with various departments and participation of entrepreneurs is needed. “For now, maximizing productivity is one of our agenda,” he adds.

This is the first of a two-part series.