A wheel of promises, apathy & discontent 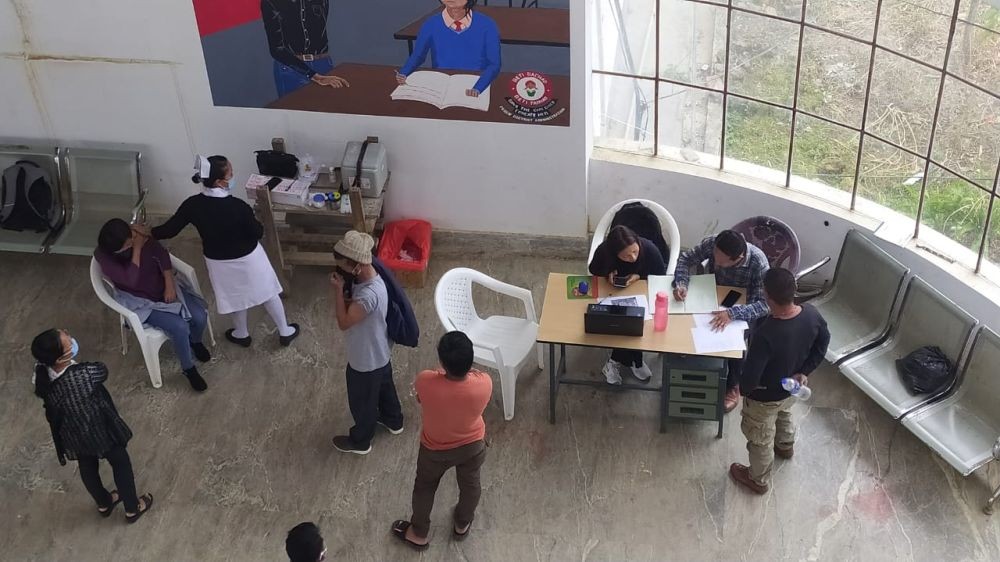 The COVID-19 pandemic has called for extraordinary measures, which has translated into an unprecedented amount of workload for medical personnel.

It is no surprise, the Nagaland state government has come up with measures by not only augmenting the medical workforce but also announcing special monetary incentives for healthcare workers.

A welcome move, but in the mix is the fate of National Health Mission (NHM) personnel, especially, senior contractual doctors, nurses and other support staff.

The pulse within this set of medical professionals has been one of discontent over years of perceived governmental apathy vis-a-vis opportunity for job regularisation and monetary incentives, including delayed salaries.

The discontent happened to be over the May 22 announcement by the Department of Health & Family Welfare promising “Additional incentives for healthcare workers involved in COVID-19 duties” and terms and conditions that came with two orders issued on May 17 announcing the appointment/absorption of 56 NHM doctors temporarily for a period of one year.

NHM employees, when contacted by The Morung Express, contended that the announcements are not clear on the fate of senior NHM doctors, who have rendered over 10 years of service under the flagship health programme of the Government of India.

According to point 4 (D) of the May 22 announcement, for appointment against regular posts, preference will be given “in the form of up to 25 percent of the total marks for the respective recruitment examination, depending on the length of COVID duties rendered, to the health care workers who have worked on COVID-19 duties, in the government or private COVID facilities for at least 100 days…”

As far opportunity for recruitment to the state medical services as a regular employee is concerned, one of the employees said, “They (government) are offering incentives, which will only benefit younger medical graduates or mostly those below 35 years of age.”

“The way I see it, it is not fair on senior NHM doctors and nurses, who have been in the COVID frontline since day one,” the employee added referring to the terms and conditions.

The conditions that came with the May 17 appointment order included the department reserving the authority to terminate the temporary appointment “at any time without any notice and without assigning any reasons,” the appointees having no right to claim for regularization “on any ground whatsoever” and no additional benefits other than casual leave.

It gave room for regularisation but came with a catch— “The temporary engagement shall be for a period of 1 (one) year only or till regular appointment is made through NPSC, whichever is earlier.” On this, the employee said that it plants a shadow of doubt on service continuity, querying, “Where will they be after one year, back to NHM or left in the lurch? What if the vacated NHM posts are filled?”

94 other NHM doctors, appointed in 2020, were also temporarily absorbed under the same terms and conditions.
While it has been over a year of extended work hours, another revealed that the NHM employees, including clerical contractual staff, were paid bonuses disproportionate to the time and effort invested.

The bonuses came in the form of Rs 3000, twice. “The bonus for the non-medical staff, who have been putting in just as much time and effort, was half the amount. They are managing calls in the control rooms day in and day out in addition to compiling paperwork and data. What of the nurses and lab technicians?”

Another big concern for NHM employees, irrespective of grade, has been erratic salary disbursal. “Our salaries come after long gaps of 2-3 months. For the doctors, they somehow manage but for the other NHM staffs, with smaller salaries, the financial toll of getting paid after months is even greater,” commented a clerical NHM staff.