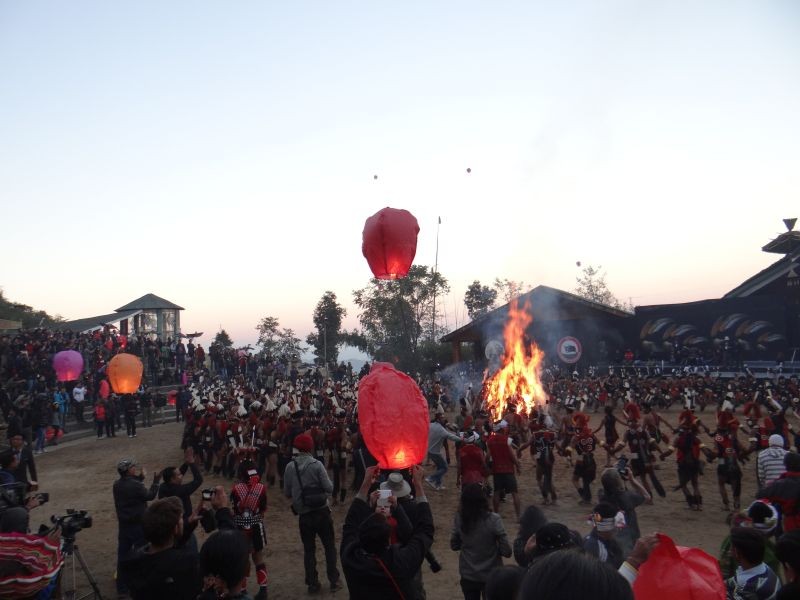 The Hornbill Festival which normally attracts thousands will be a completely virtual affair this year.
Morung Exclusive
28th November 2020

Amid the surge in COVID-19 cases, the Hornbill Festival that has put Nagaland in the global tourist map will go completely virtual this year. The annual 10-day festival will possibly be reduced to about half an hour and telecasted on December 1.

“By virtual Hornbill, we mean absolutely virtual. We are not having dancers performing, we are not even shooting. Even the footages, we are taking from the archives,” I Kitto Zhimomi, IRS, Commissioner & Secretary for Tourism told The Morung Express.

“It is going to be very short, probably a half an hour program on national/regional TV as well as social media platforms,” he said. There are no tourists coming in specifically for the Hornbill Festival. “We are cleaning up Kisama, not for virtual hornbill but in case some regular tourists come,” he said.

The Hornbill Music Festival, christened 'The Experiential Festival' in the last edition, a major attraction of the festival will be incorporated in the brief virtual show this year. In the last two decades, the Hornbill Music Festival had drawn close to a million people and in 2019, for the first time, it was spread over 15 venues from Kisama to Dimapur, hosting more than 50 bands from across the country and abroad attracting approximately 1,30,000 concert goers.

Usually, November is a time when the State Government, organisations and individuals are engaged in hectic preparations for the festival. “By now, we would be making arrangements, sorting out guest lists, booking hotels,” Additional State Protocol Officer, Home Department, Meripeni Zares said. Being responsible for the accommodation, security and transportation for all state guests throughout the year, she remarked that with COVID-19 this year, they have had only about four state guests.

Pre-COVID, they would have been taking care of itineraries for about 5-6 state guests a month, which significantly increases to about 50 during the Hornbill Festival. “By now, we would be busy coordinating with the CMO and Tourism Department, making arrangements,” Zares stated. “This year, it’s pretty laid back,” she said.

Though the festive season is “madness,” Zares adds that there is a purpose to all the effort.