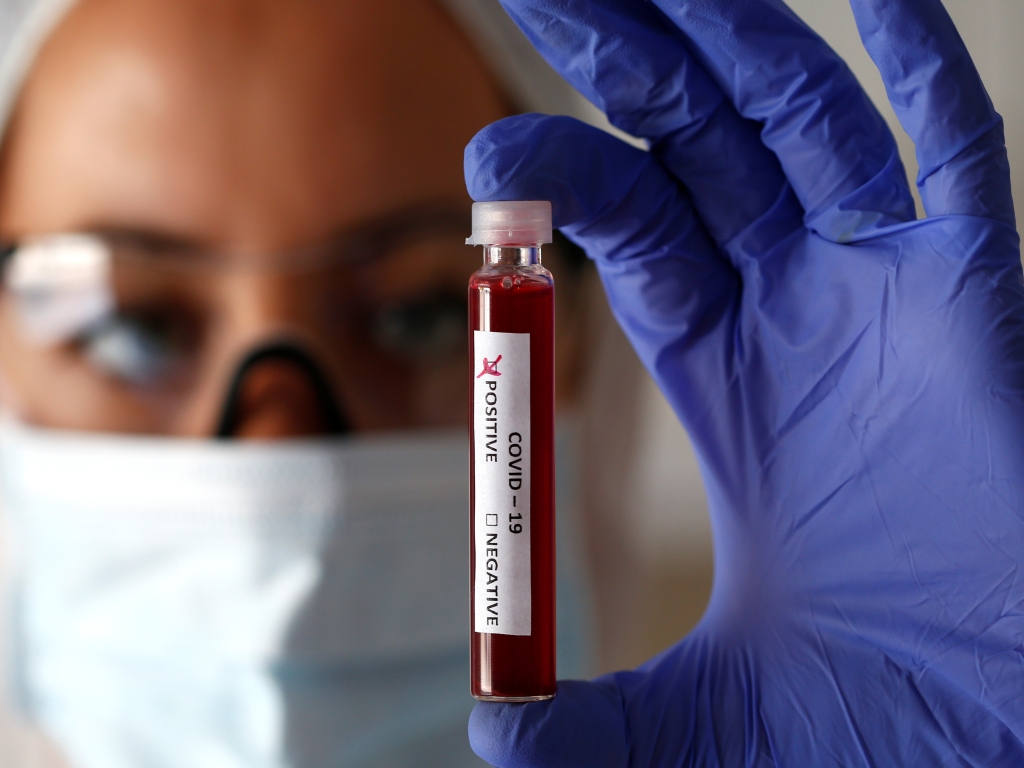 Fake blood is seen in test tubes labelled with the coronavirus (COVID-19) in this illustration taken on March 17. (REUTERS/Dado Ruvic/Illustration)

Aizawl/Imphal, March 25 (IANS) A 50-year-old man from Mizoram has tested positive for the novel coronavirus, making it the second case in the northeastern region of India, officials said on Wednesday.

In the first case in the northeast region, a 23-year-old woman, who had returned from the United Kingdom, tested positive and she is now undergoing treatment at the Jawaharlal Nehru Institute of Medical Sciences (JNIMS) in Imphal.

In Mizoram's capital Aizawl, National Health Mission (NHM) Director Eric Zomawia said that soon after receiving his test report of nCoV as positive late Tuesday night, the middle-aged man has immediately been taken to Zoram Medical College and Hospital in Aizawl and kept in isolation.

"The patient's condition is stable and there is no need to panic," Zomawia told the media adding that the man has returned Aizawl from Amsterdam, Netharland via Delhi and Guwahati on March 16.

"He had himself kept in self isolated at home as soon as he reached in Aizawl and has been in contact with doctors over phone. His sample was taken on Sunday and test report received late Tuesday night," the NHM director said.

The patient's wife and two children are also kept in quarantine in the Zoram Medical College and Hospital under close watch. The man is a pastor pursuing study in Amsterdam.