'Age of expansionism over': Modi's clear message to China from Ladakh 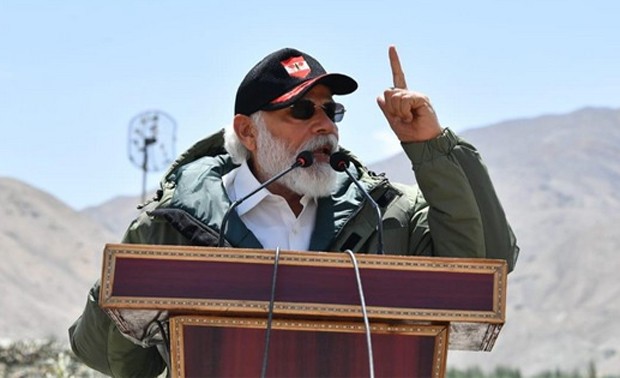 New Delhi, July 3 (IANS) Prime Minister Narendra Modi on a visit to Ladakh on Friday issued a clear warning to China without naming it, saying that the "age of expansionism is over."

Addressing the armed forces, he said, "The age of expansionism is over, this is the age of development. History has been witness that expansionist forces have either lost or were forced to retreat."

This assertion by Modi in the Ladakh region is extremely significant given the ongoing tension at the LAC with China in eastern Ladakh, barely 18 days after a violent stand-off. 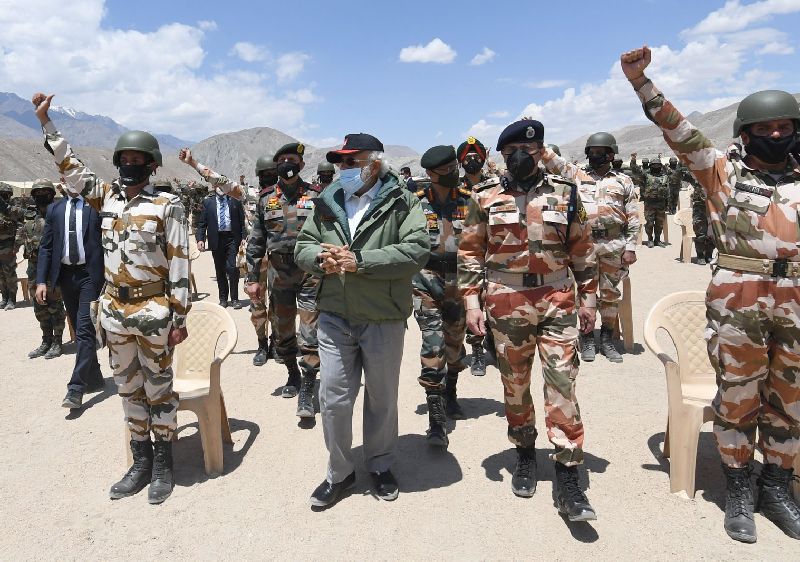 He also paid his tributes to the martyrs of the Galwan Valley clash.

Addressing the soldiers, the Prime Minister expressed his gratitude for their bravery and commitment to protect Indian borders. "This land will remember their sacrifices, you have made every Indian proud."

"From Ladakh to Kargil, your courage has been seen by all. Ladakh is the crown of India and this land is sacred to us. We are ready to sacrifice our lives for the country. The world knows about India's strength, our enemies' devious designs won't succeed," Modi said to soldiers in Nimu in Ladakh.

"The bravery of 14 Corps will be talked about everywhere. Tales of your bravery and valour are echoing in every house in the country. Bharat Mata's enemies have seen your fire and fury," the Prime Minister said.

In fact, there has been more than one time when Modi mentioned Galwan Valley that witnessed one of the most violent India-China clashes recently. Modi said, while addressing India's armed forces that from Galwan's icy waters to every mountain peak, all are witness to the valour of Indian soldiers.

Sources said that Modi reached Ladakh early this morning and was briefed by the Army, Air Force and the Indo-Tibetan Border Police at one of the forward locations in Nimu. Located at 11,000 feet above sea level, Nimu is tough terrain surrounded by the Zanskar range and on the banks of the Indus.

The Prime Minister, accompanied by Chief of Defence Staff General Bipin Rawat and Army Chief General Manoj Mukund Naravane, will also interact with injured soldiers at the military hospital in Leh, in what will be a morale booster for the forces.

On June 17, Modi had stated that the supreme sacrifice made by 20 soldiers who went down fighting against the People's Liberation Army (PLA) troops at Galwan Valley on June 15 night "will not go in vain".

He also said that while India wants peace, it will give a "befitting reply" if provoked. "India's integrity and sovereignty is supreme for us, and no one can stop us from defending it. Nobody should have any iota of doubt about this," said Modi. "Indian troops went down fighting ("maarte, maarte mare hain")," he had said.

The Prime Minister further added that whether world wars or peace, whenever the need arises, the world has seen the victory of Indian braves and their efforts towards peace.

"Those who are weak can never initiate peace, bravery is a pre-requisite for peace. We have worked for the betterment of humanity," he said.

To the soldiers, he said, "Your courage is higher than the heights where you are posted today. The resolve of a self-reliant India becomes stronger because of your sacrifices."

Modi, sitting in a military camouflage tent, spoke to hundreds of soldiers seated at a distance from each other, in view of the coronavirus pandemic.

It was Defence Minister Rajnath Singh who was to travel to Leh on Friday but his trip was cancelled.

"The Prime Minister going to Ladakh, meeting with soldiers and encouraging them has definitely strengthened their morale," Rajnath said on social media.

Last week, Modi had said that India gave a befitting response to China on Ladakh, during his monthly ‘Mann ki Baat' radio address.

"Those who cast an evil eye on Indian territory in Ladakh have been given a befitting response. If India knows how to maintain friendship, it can also confront someone and give an adequate response," said the Prime Minister adding that brave Indian soldiers showed that "they will not allow anyone to taint the honour of Mother India."