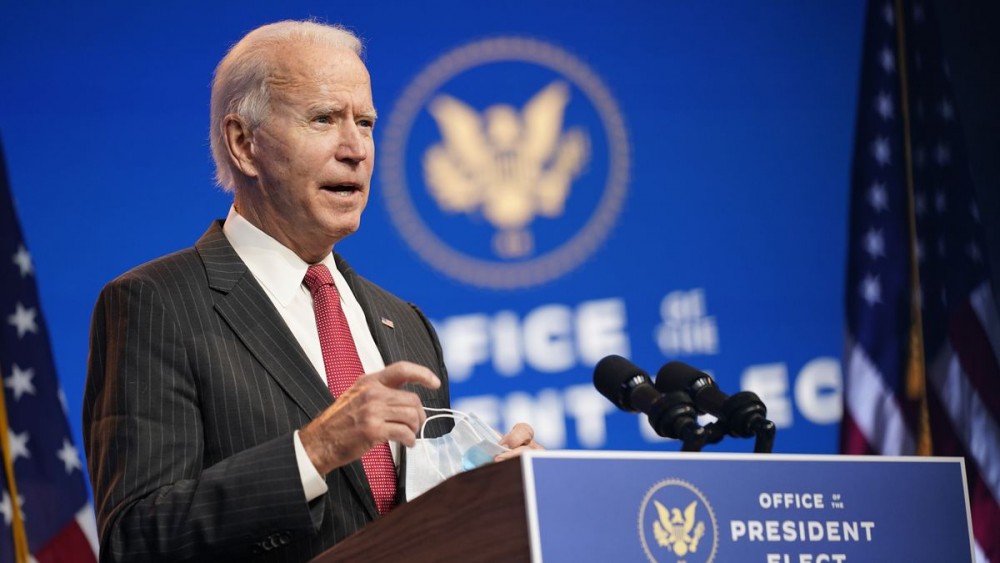 "This was a historic election for a several reasons. Preparing for any election is an immense undertaking, even in normal circumstances. The complexity this year has been compounded by the pandemic.

"In spite of this, we had an extremely well-run election and saw historically high voter participation," Hobbs said.

"We do elections well here in Arizona. The system is strong and that's why I bragged on it so much," he said.

Reacting to the development, the President said in a tweet: "Such total corruption. So sad for our country."

Arizona is one of the states where the Trump campaign has challenged the election results.

The campaign filed a lawsuit earlier this month seeking to review the ballots cast on Election Day, but later withdrew the complaint after it became clear that Biden's margin of victory could not be overcome.

This is the latest setback after the Third US Circuit Court of Appeals in Philadelphia, Pennsylvania, on November 27 upheld a previous ruling by a lower court against the President's re-lection campaign's claims of widespread voter fraud in the state, saying that it had "no merit".

The campaign's lawsuit had alleged that some counties in the 'Keystone State' allowed mail-in voters to fix problems by casting provisional ballots.

Pennsylvania certified its election results on Tuesday for Biden, formally awarding its 20 electoral votes to the former Vice President.

US media have projected that Biden has won 306 electoral votes, surpassing the 270-vote threshold for clinching the presidency.

Biden has declared victory and announced the first tranche of his Cabinet nominees, including national security and foreign policy officials.

The General Services Administration has initiated Biden's formal transition into the White House, but Trump, despite having directed his administration to facilitate the process, has vowed to continue the legal fight to challenge the election results.