As stalemate continues in the Capital, farmers reach NE to garner support 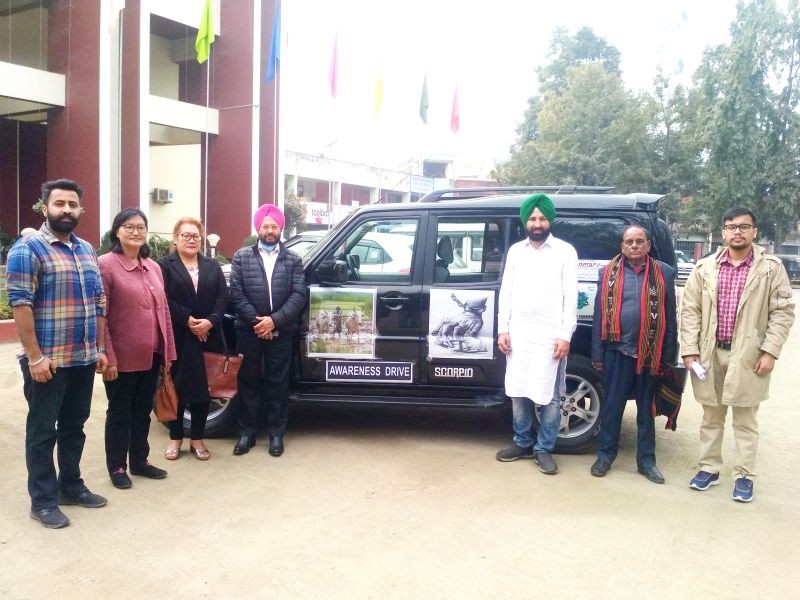 Farmers from Punjab along with members of Bharatiya Farmers Agro Business Development Co-operative Ltd., and others after a press briefing in Dimapur, on January 17. (Morung Photo)
Nagaland
17th January 2021

Representatives of farmers protesting at Delhi border have reached the North East Region to garner support from farmers of the region for repealing of the Centre’s new Farm bills.

The two Punjab farmers along with Abhilash Rajkhowa, a student assisting the farmers’ tour and PH Tripathi, president of Bharatiya Farmers Agro Business Development Co-operative Ltd., explained at length, the implications and adverse effects the Farm bills would have on the farmers.

On the Produce Trade and Commerce (Promotion and Facilitation) Act 2020, they said that though the Government claims that the Act would help in expanding the scope of trade of farmers’ produce from selected areas to “any place of production, collection, aggregation,” the reality is far different. The farmers pointed out that 86% of India’s farmers own less than 5 acres of land and 67% of farmers own less than 2.5 acres of land.

“These layers of the peasantry are the victims of a deep economic crisis. With no resources at their disposal how can it be said that these farmers will be able to sell their produce far and wide in other mandis? If these small farmers cannot participate in the new mandis, then what are they made for?” the farmers questioned.

They also argued that with entry of new private mandis owned by big corporations, there would be no regulation of tax by the state government and gradually the state mandis would inevitably become obsolete along with minimum support price (MSP). “In such a scenario, the prices of crops in private markets will be reduced thereafter. Apart from this, the farmers will also have to bear the cost of storing their crops in the mandi, along with weighing, sewing, parking etc.,” they said.

The farmers also said that according to the Government, the (Empowerment and Protection) Agreement on Price Assurance and Farm Services Act 2020, would provide a legal framework for farmers to enter into pre-arranged contracts with buyers including mention of pricing. But the farmers said the Bill does not specify the minimum price or the minimum support price set by the government. “Consequently, the farmers will be exploited by private players, where farmers will not get the assured prices for the crop,” they claimed.

On Essential Commodities (Amendment) Act, 2020, the farmers said that since majority of farmers own land less than 5 acres, they cannot afford to store the agricultural products. The farmers alleged that this would directly benefit the big companies who have the capacity to store agricultural products in large quantities. These big companies would buy the products from farmers at cheaper price and will then store the products until their demand is at their peak.

“Accordingly, with this bill, any individual, company or trader can store agro-food items, which will affect the market prices by showing an artificial decline in the market. This will force small traders, retailers and all consumers to pay higher prices for food items,” they said.