Australia ease to victory over England in first ODI 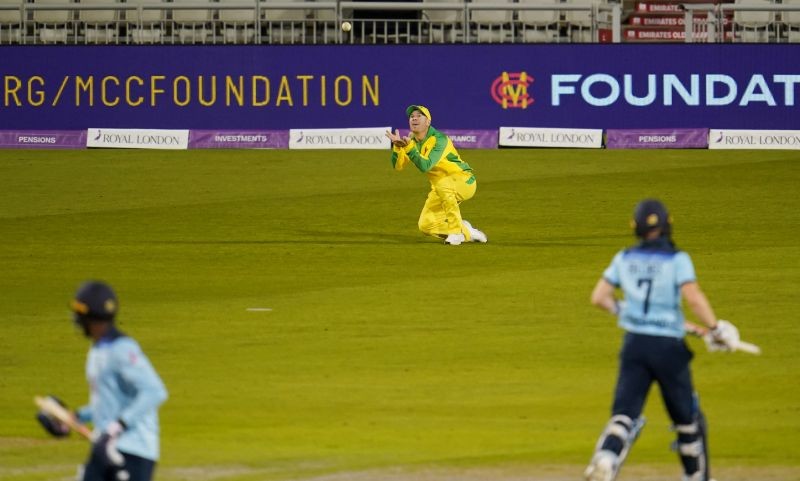 MANCHESTER, England, September 12 (Reuters): A century stand between Mitchell Marsh and Glenn Maxwell and four wickets for spinner Adam Zampa helped Australia down world champions England by 19 runs in the opening clash of the three-match ODI series at Old Trafford on Friday.

Australia recovered from a shaky start to score 294 for nine in their 50 overs and while Sam Billings struck an impressive maiden ODI century, the hosts were always behind the game.

"It was nice to win and start off the series really well," Australia captain Aaron Finch said.

"It was a great partnership. They paced it really well. They played two really smart, mature innings and I'm really happy for them two to get some runs."

England put the visitors, who were without Steve Smith after he suffered a blow to the head in the nets on Thursday, in and had them reeling on 123 for five.

David Warner's struggle for form continued when England quick Jofra Archer rocked his off stump in the fourth over before Finch (16) edged Mark Wood's first ball behind.

Marcus Stoinis played aggressively for his 43 but edged an expansive drive off Wood to keeper Jos Buttler.

Marnus Labuschagne (21) and Alex Carey (10) both fell to Adil Rashid as Australia toiled but Marsh steadied the ship and, after Maxwell got his eye in, the visitors went on the attack.

Maxwell thumped four sixes in his 77 off 59 balls, including successive swipes off Archer before chopping on.

Marsh fell lbw to Wood for 73 and England did well to keep Australia below 300.

From the moment Josh Hazlewood scooped a superb caught and bowled to dismiss England opener Jason Roy for three it looked like being an uphill battle for England.

Hazlewood produced a superb ball to have Joe Root caught behind for one. Morgan took the fight to Australia with a big six off Hazlewood but then pulled a long hop from Zampa straight to Maxwell at mid-wicket to fall on 23.

When Buttler miscued off Zampa and was taken brilliantly by a diving Labuschagne at long off for one England were 57-4.

Bairstow scratched around initially and rode his luck, as did Billings, but they got the scoreboard ticking along in a superb fifth wicket stand of 113 to revive English hopes.

Bairstow, whose 50 was his slowest in ODIs, accelerated and had reached 84 from 107 when he was caught at long on by a diving Hazlewood off Zampa.

Zampa picked up his fourth wicket when Chris Woakes was caught by Maxwell but Billings refused to give up on what would have been the highest ODI run chase at Old Trafford.

England required 66 from the last six overs but Australia, beaten comfortably by England in the World Cup semi-final last year, sealed a morale-boosting win having lost the T20 series.

Billings was out on the last ball of the innings for 118 as England finished on 275-9.

"The game probably slipped away from us in the first 10 to 12 overs with the bat," England skipper Morgan said.

"We thought we could chase it down if we established a few partnerships. I thought they played well."

There were mixed emotions for Billings after his superb innings had kept England in the hunt.

"I'm disappointed I couldn't get the team over the line. It's mixed feelings," he said.

"It's been a long time coming and I'm glad on a personal level to get a score."