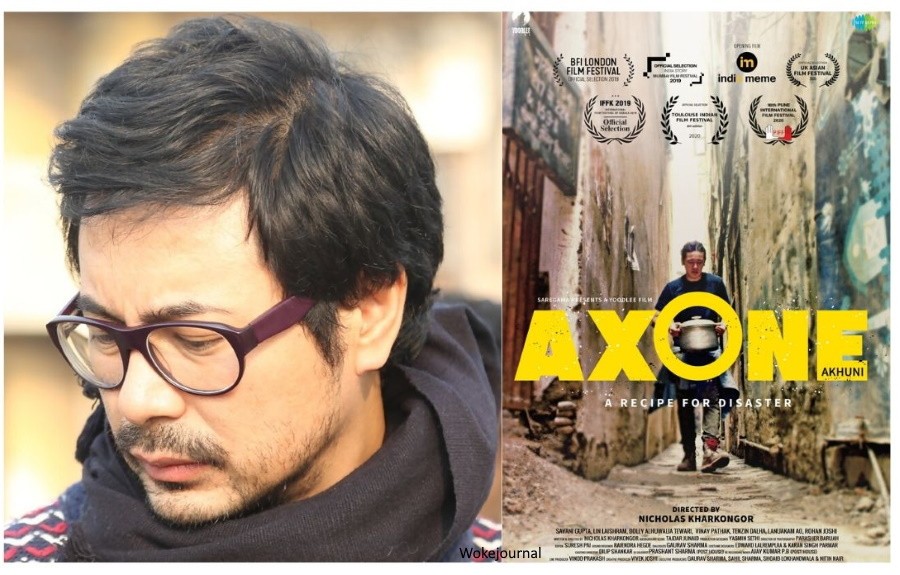 New Delhi, June 13 (IANS) Many people from the Northeast have faced racist slurs in the wake of the coronavirus outbreak and director Nicholas Kharkongor feels that his film "Axone" has released at the right time, because as it will help educate people about the lives of northeasterners.

The film is about a group of friends, mostly from the Northeast, who get together to prepare a special dish called axone.

While the movie captures the endeavours of cooking the dish in a typical South Delhi neighbourhood, it highlights the issue of racism in a humorous vein.

Asked if it's a good time to release the film when people from the Northeast are being called "corona", Nicholas told IANS: "I think it is. With the corona thing going on, now is a great time to have a film like this. Hopefully to educate them more on the lives of the Northeast people."

In his film, which has many actors from the Northeast, a dish plays the hero.

Talking about how he decided to give such an important role to food, he shared: "When we (people of the Northeast) start cooking (in a big city), it happens to all of us. Some sort of incident plays out when we start cooking, so it wasn't difficult to think of that as the starting point."

"The idea was to be able to tell the story of Northeast people's experience of living in a big city. Whether it is fermented fish or soya beans, there is something or the other we always get into trouble for, when we cook. So I thought that was a fun thing to do. Let me start from that and then build a story around that," he added about the film that stars Sayani Gupta, Lin Laishram, Rohan Joshi, Lanuakum Ao, Tenzin Dalha, Asenla Jamir, Dolly Ahluwalia and Vinay Pathak.

The director, who hails from Shillong, has addressed racism with a humorous vein in his film, and there's a reason for that.

"People have done it in the past too. You make it light-hearted (for) the subjects that are dark. There's a reason for that because you don't want to deal every serious issue in a serious way. You can also deal a serious issue in a light-hearted way. That in its own way, can throw light on the subject and people can speak about it. With any social issue, the point is to be able to talk about it," he said.

"If you can achieve that through comedy then why not? Also, I chose comedy because if I had made a very serious film. If it is a very dark film about somebody from the Northeast who goes through something terrible, it's not going to get a huge audience. Then what's the point?"

One of his main objectives is to show this film to as many people as possible in the city.

"That way they can see what it is like to live with a Northeasterner in a big city and hopefully to be able to reflect on their own behaviour in their interaction with Northeasterners," said the filmmaker, who now stays in Mumbai.

He has touched upon many incidents of racism faced by the people of the region in different parts of the country.

"I was very affected by what happened to Nido Tania from Arunachal Pradesh. One of the characters is drawn from what had happened to him," said Nicholas about Nido who had died of lung and brain injuries from a racist attack inflicted upon him in Delhi in 2014.

"I didn't mention Nido directly because it is not a documentary. Otherwise it would have been a very dark film. So, in the film you see all these incidents of racism," he said.

"Axone", which had premiered at the BFI London Film Festival and had made its India debut at the Mumbai Film Festival (MAMI) last year, is now available on Netflix.