"Be courageous" to stand up to Russia, Turkey, EU executive says 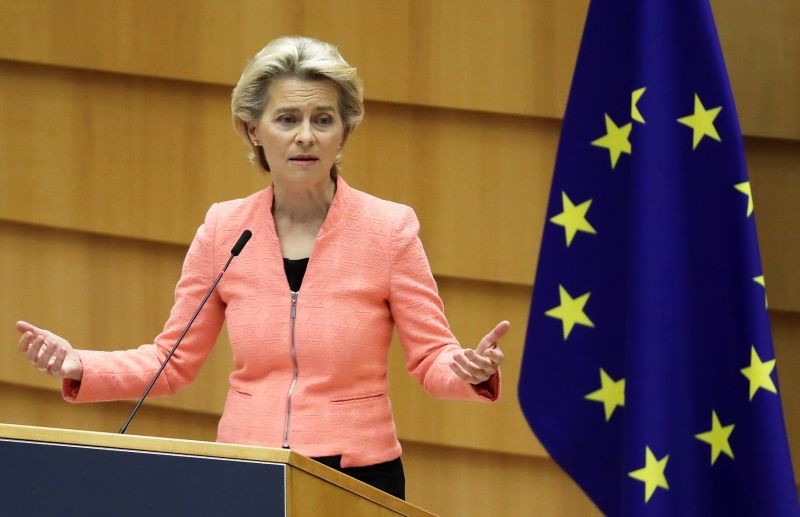 BRUSSELS, September 16 (Reuters): European Union states must be quicker in their foreign policy to support pro-democracy protests in Belarus or to stand up to Russia and Turkey, EU Commission President Ursula von der Leyen said on Wednesday.

"Why are even simple statements on EU values delayed, watered down or held hostage for other motives?" Von der Leyen asked in her annual speech on the health of the Union.

"When member states say Europe is too slow, I say to them be courageous and finally move to qualified majority voting," she said, referring to blockages over finding unanimity among the EU's 27 states.

Von der Leyen said her EU executive would come forward with a proposal to freeze assets of those deemed responsible for human rights abuses, similar to the Magnitsky Act of 2012 in the United States.

She also said nothing could justify Turkey's intimidation of Greece and Cyprus in the Eastern Mediterranean and said it was wrong to think that a gas pipeline between German and Russia would help tense EU-Russia ties.

"Turkey is and will always be an important neighbour. But while we are close together on the map, the distance between us appears to be growing," Von der Leyen told the European Parliament.