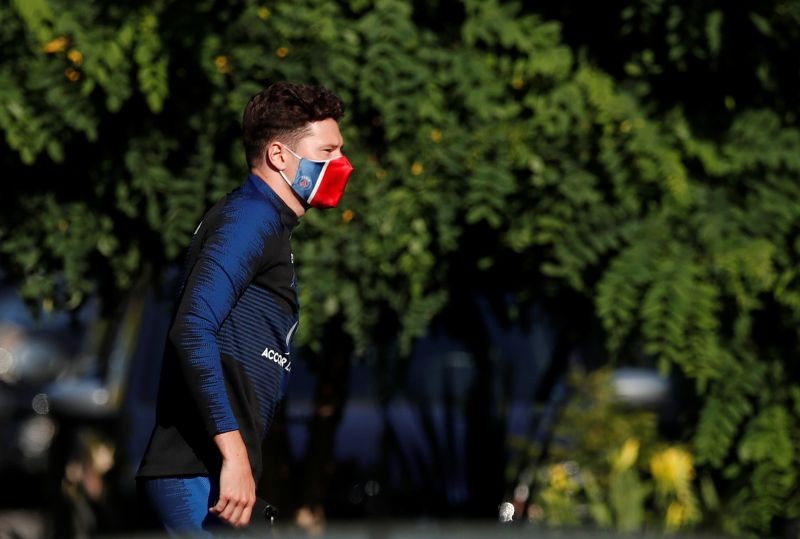 PARIS, July 13 (Reuters): Paris St Germain showed the right attitude in their 9-0 friendly victory over second-tier Le Havre on Sunday as they prepare for important cup games, according to winger Julian Draxler.

PSG returned to action for the first time in four months following the COVID-19 stoppage and trounced Le Havre in a game played in front of 5,000 spectators.

The match served as ideal preparation for the French champions, who are set to face St Etienne and Olympique Lyonnais in domestic cup finals this month before their Champions League quarter-final against Atalanta in August.

"It wasn't a normal match for us because we haven't played for such a long time. I think everybody is happy to be back on the pitch," Draxler said.

"We put in a serious performance which is key with the important weeks that lie ahead of us," the German added.

"It's not easy after a long period of time but everyone is here with the right attitude. We are back in training tomorrow to prepare for the two finals and the Champions League. We don't have a lot of time but we will continue to work hard."

Manager Thomas Tuchel was delighted with the result but admitted there would be sterner tests to come.

"The team played well in a great atmosphere. It's fantastic, we're happy as it's a great start. No goals conceded and lots of goals scored, it's a good starting point," he said.

"The challenge is to continue on Friday. We will take it step by step but it was a great start."

PSG were crowned Ligue 1 champions in April after the season was abandoned due to the pandemic.