Bournemouth's Howe not looking for assurances 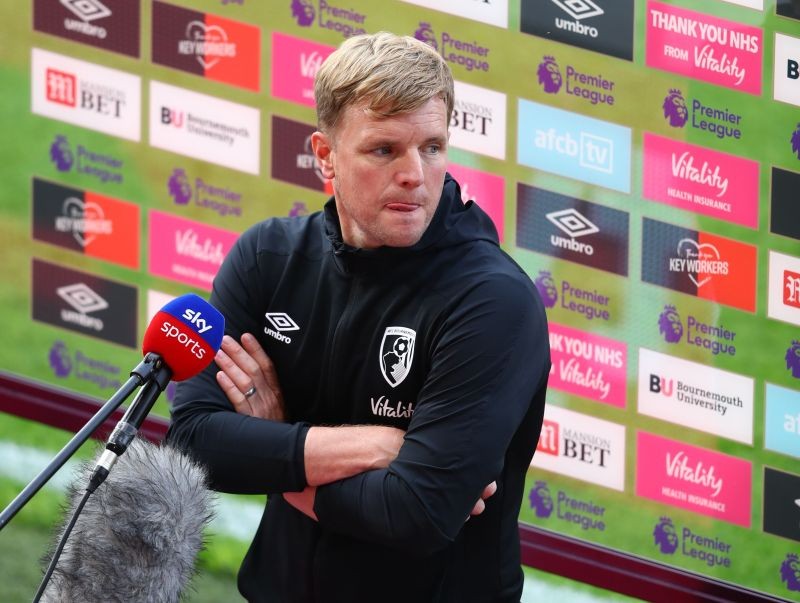 Bournemouth manager Eddie Howe speaks to the media after the match, as play resumes behind closed doors following the outbreak of the coronavirus disease (COVID-19) Michael Steele/Pool via REUTERS
Sports
2nd July 2020

(Reuters): Bournemouth manager Eddie Howe says he does not need any assurances about his future despite the deepening threat of relegation after Wednesday's 4-1 defeat by Newcastle United.

Bournemouth slipped to 19th in the 20-team Premier League and while they are just a point from safety they face a daunting run of fixtures with Manchester United, Tottenham Hotspur, Leicester City and Manchester City due up next.

"I don't need assurances," said Howe, whose seven-year tenure at Bournemouth makes him the longest-serving manager currently in the top-flight.

"The club will do what's best for them. We have a very open and honest relationship, if the club felt it wanted to go in a different direction, that's up to them."

The Englishman conceded his players were shorn of confidence after 19 defeats and six draws in their 32 league games so far this season. They have six games left.

"The positives are hard to find with that scoreline. I cannot sugar-coat the score in a massive game for us," he said.

"You saw a team that were giving their all but were playing under the burden of the situation, that is something we have to clear very quickly.

"I still believe we can get out, I believe in the group...," he added.