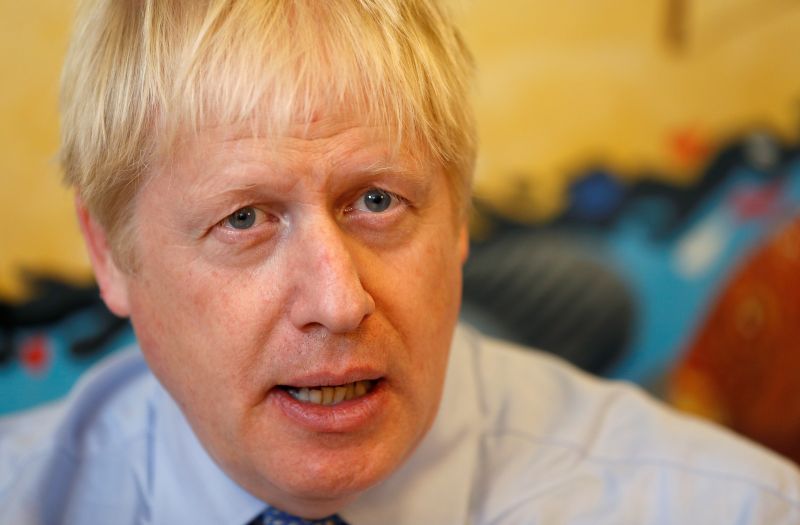 Britain's Prime Minister Boris Johnson talks as he meets with health professionals during his visit to the Royal Cornwall Hospital in Truro, Britain on August 19, 2019. (REUTERS Photo)

BERLIN, August 21 (Reuters): Prime Minister Boris Johnson was set to tell German Chancellor Angela Merkel on Wednesday that unless she agrees to change the Brexit deal, Britain will leave the European Union on Oct. 31 without one.

More than three years after the United Kingdom voted to leave the EU, it is still unclear on what terms - or indeed whether - the bloc's second largest economy will leave the club it joined in 1973.

Johnson, a Brexiteer who won the premiership a month ago, is betting that the threat of 'no-deal' Brexit turmoil will convince Merkel and French President Emmanuel Macron that the EU should do a last-minute divorce deal to suit his demands.

But with just over 10 weeks left until the United Kingdom is due to leave, the EU has repeatedly said it will not renegotiate the Withdrawal Agreement struck by Johnson's predecessor, Theresa May, and that it will stand behind member state Ireland.

Merkel said in Leipzig that she would discuss with Johnson "how we can get the most friction-free British exit from the European Union possible, as we must fight for our economic growth".

She has promised to discuss "practical solutions" to the Irish border insurance policy or 'backstop' that Johnson says is unacceptable - but said the Withdrawal Agreement will not be reopened.

Ahead of his first foreign trip as prime minister, Johnson said the EU was being "a bit negative", but that a deal could be done. If not, he said, the United Kingdom would leave without one.

In Washington, U.S. President Donald Trump, who has been enthusiastic about Brexit but critical of May's negotiating strategy, offered Britain help while criticising the EU.

"They have not treated the UK very well," he said. "That's a very tough bargain they are driving, the European Union. We are going to see if we can work something out."

Once the nightmare scenario on the extreme edge of probability ranges, a 'no-deal' Brexit is now seen as a realistic possibility by both governments and investors.

Amid the political turmoil in London, little is clear. The alternatives are a delay, a last-minute deal, an election or even cancelling Brexit.

Ahead of Johnson's meeting with Macron on Thursday, an official in Macron's office who declined to be named said France believed 'no-deal' was now the most likely scenario:

"If the United Kingdom considers that having a backstop is absolutely excluded, that is its right, but in that case it limits the possibility of reaching an agreement."

The official said there was "not the thickness of a cigarette paper" between the French and German positions, and even pressure from Trump would not change the EU's position.

With talk of an election swirling in Britain, an online survey suggested Johnson's tougher stance on Brexit was dramatically reviving his Conservative party's fortunes.

The Kantar opinion poll put the Conservatives on 42%, up from 25% in May, when the last comparable poll was taken, and the main opposition Labour party on 28%, down from 34%.

Wrenching the United Kingdom out of the EU without a deal means there would be no arrangements to cover everything from post-Brexit pet passports to the trade arteries that pump capital, food and car parts between the two neighbours.

Many investors say a 'no-deal' Brexit would send shock waves through the world economy, hurt the economies of Britain and the EU, roil financial markets and weaken London’s position as the pre-eminent international financial centre.

With such a gulf between the British government and the other 27 members of the EU - whose economy combined is worth $15.9 trillion - some diplomats said Johnson was using international diplomacy for domestic politics.

Some fear that Johnson is setting up a confrontation with the EU that will allow him to reap more domestic political capital from what he will cast as EU intransigence.

"Spinning gold from straw has never yet worked. That is also true of Brexit," said Germany's Europe minister, Michael Roth. "Peace in Northern Ireland and the integrity of the internal market are non-negotiable for the EU."

Johnson wrote a four-page letter to European Council President Donald Tusk on Monday asking the EU to axe the Irish border "backstop". EU leaders in Brussels and the other 27 member states issued a swift and unanimous rejection. 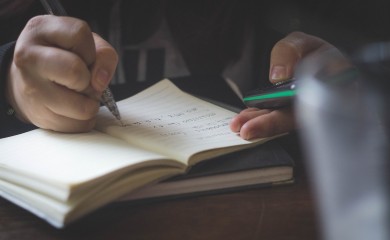 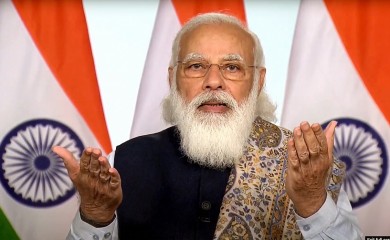 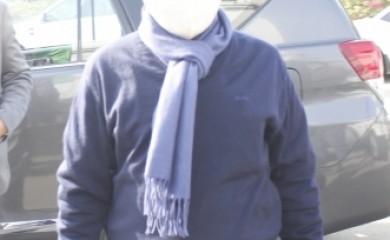 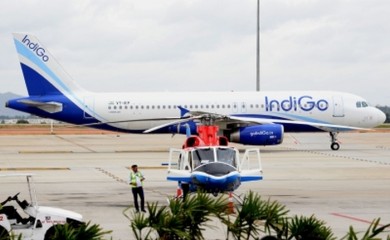 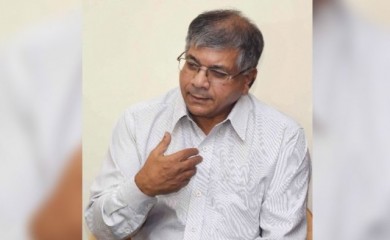 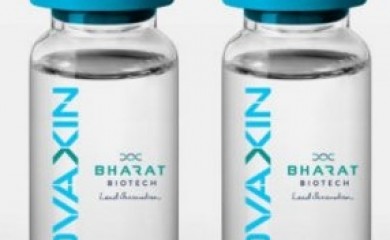 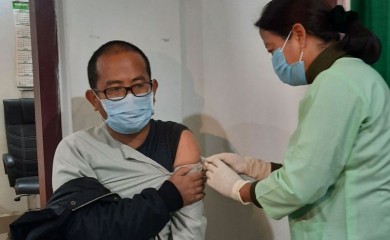