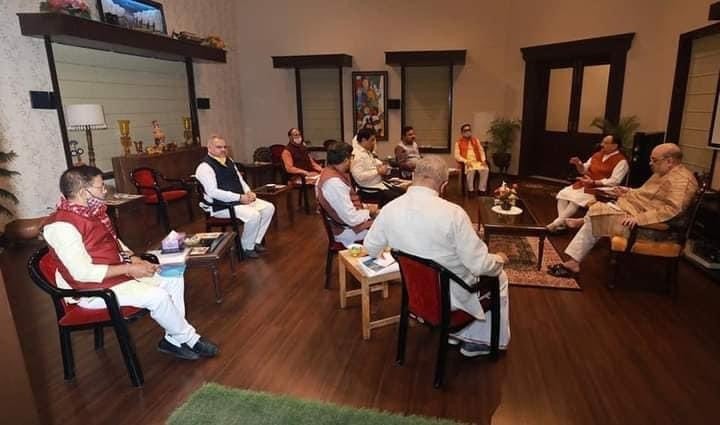 New Delhi, November 21 (IANS): After winning the Bihar election where the RJD-led alliance was tipped to be the favourite, BJP President JP Nadda decided to go on a 100-day nationwide tour to strengthen organizations, strategise and set goals for the state leaderships. India's North-East seems to have caught his immediate attention where he will start his India tour by visiting poll bound Assam this Thursday followed by a visit to Mizoram next Saturday, where a local body election, crucial for the BJP's growth in the state, is due on December 4. He also has plans to return to the North-East, where the BJP has consistently done well, to visit Nagaland and Meghalaya.

Assam will go to the polls next year and the BJP, while it believes it has an edge over its main rival, the Congress, local resentment over the Centre's Citizenship Amendment Act is a matter of concern for the party. To retain the BJP's stronghold in the North-East, retaining Assam is pivotal for the BJP.

No wonder, Nadda will be accompanied by a battery of senior central leadersduring his two-day visit to Assam, including newly appointed Assam in-charge Jay Panda, and the party's powerful General Secretary (Organisation) BL Santosh. BJP's NEDA convenor and the man credited for winning North-East for the party Himanta Biswa Sarma, CM Sarbananda Sonowal and newly appointed General Secretary Dilip Saikia, who is promoted at the central level will sit in to strategise during Nadda's Assam visit.

However, one of the main components of his visit will be an effort to dispel myths about the CAA, which has been widely and often violently opposed in Assam. Nadda, like his predecessor Amit Shah, has decided to meet select 'eminent personalities with influence over Assamese people' to state the Centre's stand on the Act and to convince why it should not worry the people of Assam and why it doesn't pose a threat to 'Assam's way of life', said sources.

Four people had died in police firing and 175 were arrested last December in Assam in the violent anti-CAA protests in the state.

The eminent personalities who will be attending the discussion with Nadda will include educationists, artists including poets and singers, activists and even local social workers of considerable repute. Nadda will not only state what efforts the Centre made to allay Assam's concerns over the CAA but is also likely to take a few questions from the group.

Reaching out to people of eminence to convince a larger society has been a time tested method of the RSS, that the BJP often borrows.

Nadda will hold a string of meetings where individual goals will be set. Separate meetings are likely to be held with BJP MLAs and MPs, to avoid a clash of roles, the source insisted. State Ministers will be given wider responsibilities to oversee that the goals ascertained are being carried out in a time bound manner, which will be subject to review.

On Saturday, he will be visiting Mizoram, a state that has been recently embroiled in a standoff over a border dispute with Assam. Though there has been no formal word from the BJP, Nadda may use his stay to reach out to both sides.

However, the visit is significant given the Lai Autonomous District Council local body poll is scheduled on December 4. This October, all 13 members of the ruling Congress in the LADC switched sides to the BJP. Nadda is also likely to form broader strategies to make the BJP 'self reliant' in the state, given it is ruled by the Mizo National Front, which is part of the BJP-led NEDA, but it has repeatedly asserted that it is not an ally of the BJP.

These two scheduled visits come in the backdrop of strong political churnings in the North-East over the possibility of the Bodo People's Front's lone MP in the Upper House Biswajit Daimary, known for his proximity to the BJP's Himanta Biswa Sarma, joining the saffron bandwagon soon. In fact, the impending Bodoland Territorial Council elections makes the churning politically relevant.

Nadda will be back in the N-E next month again, and is likely to visit Nagaland and Meghalaya. In Meghalaya, where BJP ally Conrad Sangma is the CM, and is facing a demand by seven organisations together for him to lead a protest against what they call the Centre's 'delay' to approve a resolution that was passed by the Meghalaya assembly for Inner Line Permit (ILP) implementation. 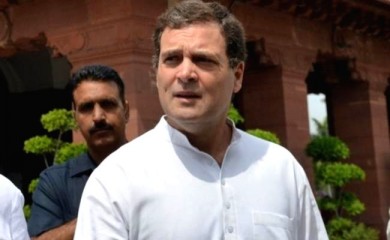