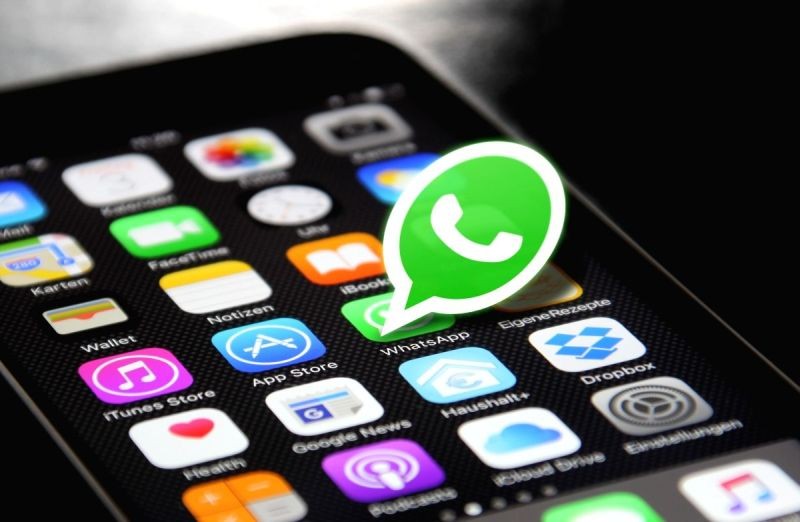 NEW DELHI, JANUARY 15 (IANS): In continuation of its tirade against WhatsApp for its new privacy policy, the Confederation of All India Traders (CAIT) on Friday sent another communication to Union IT Minister Ravi Shankar Prasad stating that the Facebook-owned instant messaging app had recently issued some media advertisements trying to hold its privacy policy justified which is nothing but a hogwash.

CAIT accused WhatsApp, Facebook and it's photo sharing app Instagram guilty in severe breach of privacy and for destroying the trust of more than 400 million users in India which are owned by one single parent company who have left no stone unturned in compromising the security, privacy, independence and integrity of the whole nation by sharing user information amongst each other and selling to third parties.

In their eagerness to obtain more maximum data of people, WhatsApp is all set to launch its new privacy policy from 8th February and is obtaining forcible consent of users which is unconstitutional, violation of law and poses a threat to national security-the CAIT said.

The CAIT has demanded at first instance that the government should direct Whatsapp not to implement its proposed privacy policy from February 8 and a thorough investigation should immediately be conducted against WhatsApp, Facebook and Instagram.

Further, a technical Audit of these three social media platforms should also be conducted immediately and it should be ascertained whether the data which has been accrued so far by them is stored in India or transferred to some other country.

CAIT National President B.C. Bhartia and Secretary General Praveen Khandelwal in a strongly worded letter sent to Prasad, accused WhatsApp for encroaching upon fundamental rights of citizen and said that "by updating its new user policy, WhatsApp has not only challenged the very fundamentals of the right to privacy of an individual, it has made every citizen vulnerable and susceptible to the whims and fancies of the unscrupulous digital companies out to infringe on a person's existence. The proposed new policy is a potential hammer on Right to Freedom of Liberty & Life as also Right to Freedom of Speech and Expression".

"It's a peculiar situation where foreign entities operating in different verticals of Indian economy are obtaining data of the people of India in a very clandestine manner not for doing charity in India but to make huge capital by transferring that data in other countries. Same thing is happening in e-commerce also and in absence of any policy or Regulatory Authorities, these MNCs find it easy to dodge laws of the land in India. The business community under the flag of CAIT is all set to foil this sinister game of MNCs at any cost and will ensure that either they comply with the relevant Laws and Rules or else leave India," the letter added.

Both CAIT leaders said that when WhatsApp was launched in the year 2009 they swore by their high standards of privacy and assured by saying that "so first of all, let's set the records straight. We have not, we do not and we will not ever sell your personal information to anyone".

This leads to a pertinent question: What happened to this high standard and moral ground now? After gaining trust of people they have forgotten everything and in broad daylight annihilating the faith and confidence reposed by millions of users, CAIT said.

After failing in its attempt in European Union to continue this policy, Facebook has now made India as a new target. In 2017, for the same policy which WhatsApp proposed to began on 8th February in India, the Facebook earned fire from European Union Antitrust Authority which not only imposed restrictions on Facebook but also levied a fine of 110 million dollars in 2017 which shows that these MNCs are habitual offenders for exploitation of sovereign wealth of the Country where they are conducting business activities, by legal or illegal means.

It's a case of daylight robbery of data in India and trading community of the Country will not lag behind in setting things right, come what may.