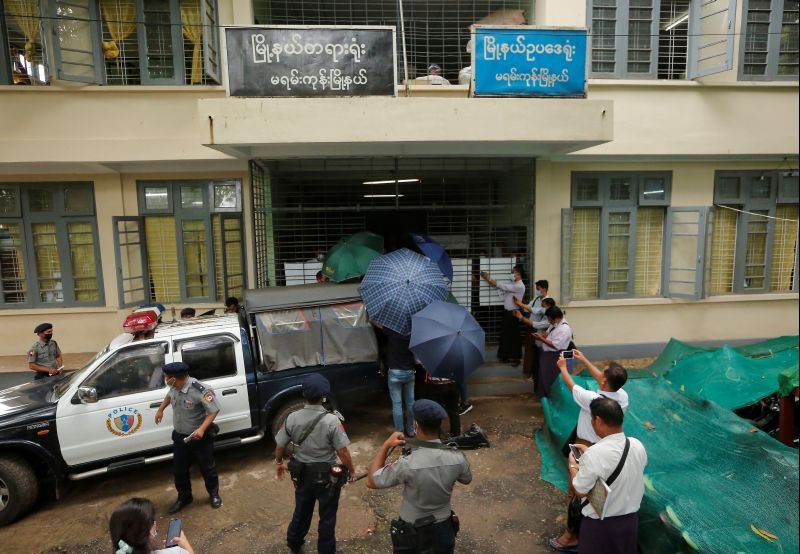 Burmese-Canadian preacher David Lah, who is accused of organising prayers in defiance of restrictions on gatherings imposed by the government during a lockdown due to the coronavirus disease (COVID-19) outbreak, arrives at a court in Yangon, Myanmar on August 6, 2020. (REUTERS Photo)
World
6th August 2020

YANGON, August 6 (Reuters): A Myanmar court on Thursday sentenced a Canadian preacher who said Christians were immune to the novel coronavirus to jail with hard labour for three months for holding church services in defiance of a ban on gatherings during the outbreak.

David Lah, a Canadian of Burmese origin, and another man, Myanmar national Wai Tun, were detained under a disaster management law over services they held in the city of Yangon in April.

A ban on public gatherings in the commercial capital took effect in mid-March.

The lawyer for both men, Aung Kyi Win, confirmed that both of them had been jailed for three months. He did not elaborate.

In a sermon posted online in late March, Lah had told followers: “If you hear the sermon of God, the virus will never come to you. I declare it with the soul of Jesus Christ.”

About 20 people who took part in Lah's gatherings in April, including Lah himself, later tested positive for the coronavirus, an official said at the time.

This led to a cluster of 67 cases, according to Thar Tun Kyaw, a spokesman for the health ministry. The cluster was one of the largest in Myanmar, which has only reported 357 cases and six deaths related to the virus.

Religious gatherings across the world have at times been triggers for the spread of the virus, which has infected more than 18 million people globally and killed nearly 700,000.

Myanmar is predominantly Buddhist though it has small Christian communities.