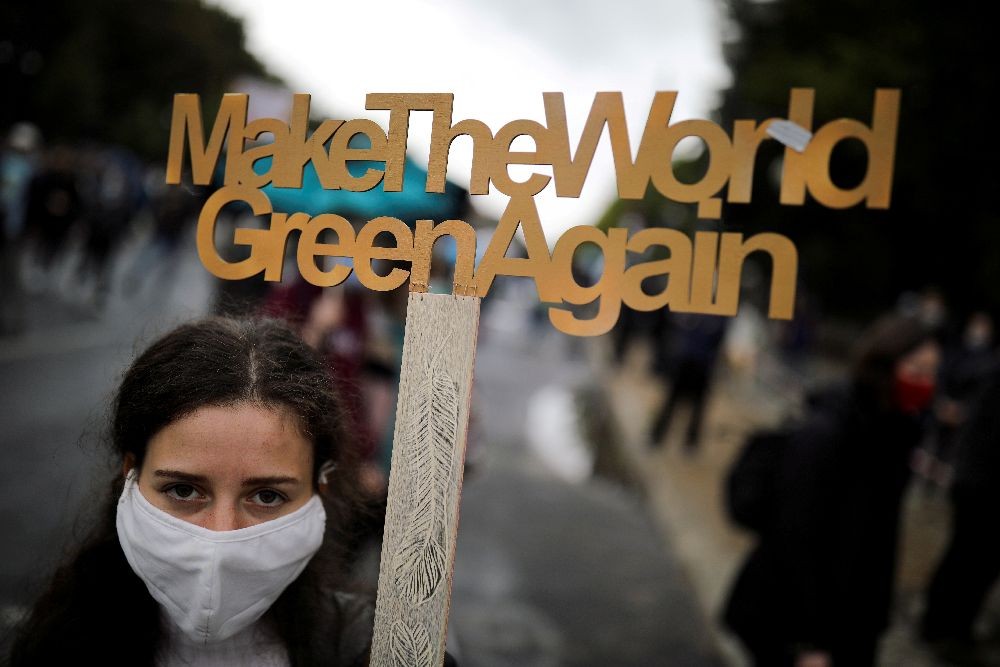 LONDON/BRUSSELS, November 24 (Reuters) - Can you put a price on pollution? Some of the world's biggest economies are doing just that as they wrestle with how to make good on grand pledges to tame planet-warming emissions.

Matters are coming to a head.

China, Japan and South Korea have all followed the European Union in pledging to cut emissions to "net zero" in recent weeks, where they release only as much as they remove from the air. U.S. President-elect Joe Biden made the same promise in his election campaign.

Next year they are set to lay out the first practical measures to meet these targets, as part of commitments under the Paris climate accord, and putting a price on carbon will be front and centre, experts told Reuters.

"Each country will have to come up with its own path to reaching net zero, but the expectation is carbon pricing is going to be a very important part," said Wendy Hughes, Carbon Markets and Innovation Manager at the World Bank.

The principle is simple: a carbon price establishes how much companies need to pay for their emissions. The higher the price, the greater the incentive to pollute less and invest in low-carbon technology.

Governments can force these payments through a carbon tax - a levy companies must pay when they pollute - or through an emissions-trading system (ETS).

An ETS sets a maximum cap on the amount of emissions that a sector, or group of sectors, can produce. It creates "carbon permits" for those emissions, which companies can buy for each tonne of CO2 they emit.

Many countries, from Europe and South Korea, to China and Kazakhstan have already launched schemes, of various scope. See FACTBOX:

More than fifth of global emissions are covered by 46 national carbon-pricing schemes operating today or in the planning stage, as well as 32 regional systems within countries, according to the World Bank.

The biggest of those - the EU carbon market - is preparing for a major overhaul.

Since the European system was launched in 2005, emissions from participating power plants and factories have dropped by 35% – a sharper drop than seen in sectors not covered by the scheme. See TIMELINE:

"The ETS has proven its efficiency," said Frans Timmermans, head of EU climate policy. "The ETS shows how carbon pricing is a strong driver for immediate change in energy consumption."

But the trick for these markets is to get the carbon price right. If it's too low, there's little incentive for companies to rein in emissions; too high, and risk knee-capping industry.

The EU, seeking steeper emissions reductions to meet its new 2030 climate targets, will propose to expand and reform its ETS from next year.

The changes would involve including more sectors, such as shipping, and curbing the free permits given to EU industry to help it compete with overseas companies that don't pay carbon costs.

The carbon price – currently at around 27 euros price per tonne of CO2 - needs to hit levels that push industry toward investing in emissions-cutting technologies like hydrogen, analysts say.

"On this basis, I think around 90 euros a tonne is a reasonable expectation by 2030," he said.

Other major economies are catching on. China, now the world's top greenhouse gas emitter, plans to launch its own national ETS, possibly as early as next year. That system would become the world's largest, and is expected to cover several billion tonnes of CO2 from power plants each year.

Experts say China's preparations for launching its ETS have sped up since President Xi Jinping's announcement in September that China would become carbon neutral by 2060.

"There is a sense of urgency that hasn't been seen for quite a long time," said Beijing-based lawyer Shawn He, who assists companies with carbon compliance.

The EU has worked with the country on developing carbon-pricing policies for more than a decade, both on the pilot regional markets China is now running and on a national scheme.

Jos Delbeke, a former senior EU climate policymaker who led the development of the bloc's trading scheme, said his advice to China had been to build a system that could gradually be reformed over time and could withstand economic shocks.

The EU learned that lesson after the 2008 financial crisis, when factors including a lack of flexible rules meant the market could not respond to a recession-induced drop in emissions, and became plagued by an oversupply of cheap permits.

The price of carbon permits didn't recover until 2018, when the EU said it would introduce a "market-stability reserve" from 2019 which removed excess permits from the system.

"It is a little early at the national stage to know whether they will do a similar thing, but it is quite possible."

Establishing a single, global price on carbon remains a distant prospect, however.

"The idea of a global carbon price was built on the assumption there would be dozens of linked trading systems. That hasn't happened," said David Hone, chief climate adviser at oil major Shell, which uses an internal carbon price to help meet its own sustainability goals.

Talks at the U.N. have failed for two years to agree a common set of rules for international carbon markets.

The lack of global coordination has led the EU to start drafting a carbon border-tax policy - a levy on imports into Europe of polluting goods like steel and cement. The aim is to protect European industry from cheaper imports from regions with lax climate policies.

In the United States, Biden has pledged to do the same, with a $2 trillion plan to cut emissions.

Making access to some of the world's biggest markets conditional on paying a CO2 price should prod countries with weak climate policies "to begin figuring out how they are going to move in a low-carbon direction to remain competitive", said the World Bank's Hughes.

"It is possible to create linkages across domestic trading systems," she added. "In the longer term, a global carbon price is desirable ... the fact we don't see one immediately doesn't mean it's not moving in the right direction."