China justifies censorship of information about casualties in Ladakh clash 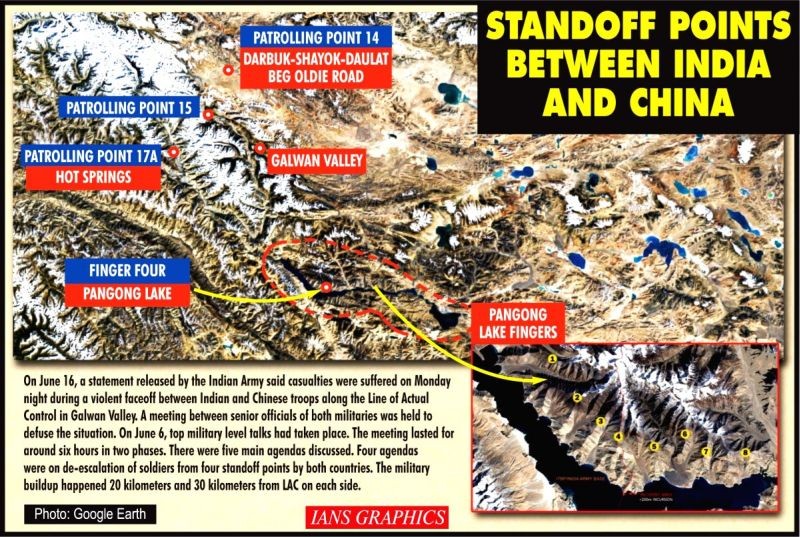 NEW DELHI, JUNE 16 (IANS): China justified the censorship about the casualties of its troops suffered in a violent clash with Indian soldiers along the Line of Actual Control in Galwan Valley in Eastern Ladakh on Monday night, arguing that it was a goodwill gesture from Beijing.

An unspecified number of Chinese troops were killed on Monday night in clashes with Indian soldiers along the Line of Actual Control (LAC) in Eastern Ladakh where both sides have been locked in a face-off since May.

While India officially announced that three of its soldiers, including an officer, were killed, China has remained tight-lipped about its casualties.

However, the Global Times, published by the People's Daily, the official newspaper of the ruling Chinese Communist Party (CCP), admitted that People's Liberation Army (PLA) troops had also been killed.

Justifying China's silence over the number of its casualties, Hu Xijn, editor of the Global Times, tweeted, "Chinese side didn't release number of PLA casualties in clash with Indian soldiers. My understanding is the Chinese side doesn't want people of the two countries to compare the casualties number so to avoid stoking public mood. This is goodwill from Beijing." Earlier, Hu had tweeted, "Based on what I know, Chinese side also suffered casualties in the Galwan Valley physical clash." However, he went on to warn India, saying, "I want to tell the Indian side, don't be arrogant and misread China's restraint as being weak. China doesn't want to have a clash with India, but we don't fear it."