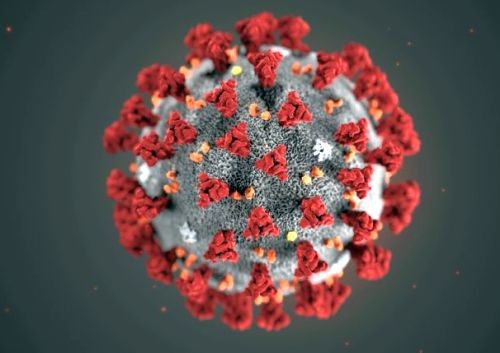 New Delhi, May 10 (PTI): Chinese military scientists allegedly investigated weaponising coronaviruses five years before the COVID-19 pandemic and may have predicted a World War III fought with biological weapons, according to media reports referring to documents obtained by the US State Department.

According to The Sun newspaper in the UK, quoting reports first released by The Australian, the "bombshell" documents obtained by the US State Department reportedly show the Chinese People's Liberation Army (PLA) commanders making the sinister prediction.

US officials allegedly obtained the papers which were written by military scientists and senior Chinese public health officials in 2015 as part of their own investigation into the origins of COVID-19.

Chinese scientists described SARS coronaviruses -- of which COVID is one example -- as presenting a "new era of genetic weapons".

Coronaviruses are a large family of viruses, several of which cause respiratory diseases in humans ranging from a common cold to Severe Acute Respiratory Syndrome.

The PLA papers referenced seem to fantasise that a bioweapon attack could cause the "enemy's medical system to collapse".

It references work by US Air Force colonel Michael J. Ainscough, who predicted World War III may be fought with bioweapons.

The paper also includes musing that SARS -- which hit China in 2003 -- could have been a man-made bioweapon deliberately unleashed by "terrorists".

They reportedly boasted the viruses could be "artificially manipulated into an emerging human disease virus, then weaponised and unleashed in a way never seen before".

The document lists some of China's top public health figures among the authors and has been revealed in an upcoming book on the origins of COVID, titled 'What Really Happened In Wuhan'.

China reported the first COVID-19 case in the central Chinese city of Wuhan in late 2019 and since then the deadly disease has become a pandemic, affecting more than 157,789,300 people and causing over 3,285,200 deaths worldwide.

Tugendhat, chairman of the House of Commons Foreign Affairs Select Committee, was quoted in 'The Sun' as saying: "China's evident interest in bioweapons is extremely concerning. Even under the tightest controls these weapons are dangerous.

"This document raises major concerns about the ambitions of some of those who advise the top party leadership."