New Delhi, June 22 (IANS) Amid the rising India-China border tensions and a phishing attack alert by the Indian Computer Emergency Response Team (CERT-In), a key Indian government business department's website was hacked on Monday. The site of the Department for Promotion of Industry and Internal Trade (DPIIT), which has been responsible for curtailing FDI of Chinese companies into India, had a Chinese letter showing on its screen that seems to mean "meditation".

A senior official of the DPIIT, that comes under the Ministry of Commerce, told IANS that their website was indeed hacked. However, no official would confirm or deny the same on record. When the Ministry of Commerce was contacted, officials there, speaking on conditions of anonymity told IANS, that the matter is being looked into. The official added that the ministry is considering releasing a statement. A screenshot of the hacked website is available with IANS.

This choice of the website to attack is significant, given the overriding mood of the Indian public to hurt China though economic means. Earlier, India decided to put Chinese investments through the government route, instead of the automatic route drawing Chinese ire. It was DPIIT which was responsible for the decision.

In fact, a statement issued by the Chinese embassy in India said: "On April 18, India's Department for Promotion of Industry and Internal Trade (DPIIT) revised its foreign investment policy, making it much difficult for companies from countries sharing land border with India, including China, to invest in the country."

"It has been reported that these malicious actors are planning to spoof or create fake email Ids impersonating various authorities," it cautioned.

This Chinese attack on India's key trade website also comes in the wake of reports that the Department of Telecommunications (DoT) may put a ban on procuring telecom supplies from Chinese companies, when it comes to state-run telecom companies like the BSNL and the MTNL.

This trade assertiveness was a result of Chinese troops killing 20 Indian soldiers in the Galwan valley of Ladakh region, in a violent clash. The Chinese side is also reported to have sustained casualties. Even today, both the countries are holding Lt General-level talks to diffuse tensions. However, both the sides have been unrelenting in their statements.

Earlier, Prime Minister Narendra Modi, speaking for the first time after the news of India losing 20 of its bravehearts to the Chinese aggression, had warned China. "I would like to assure the nation that the sacrifice of our jawans will not be in vain. India wants peace but it is capable to give a befitting reply if instigated."

"Desh ko is baat ka garv hoga ki ve marte marte mare (the nation will be proud to note that they died while killing the enemies)," he added, making India's stand clear. 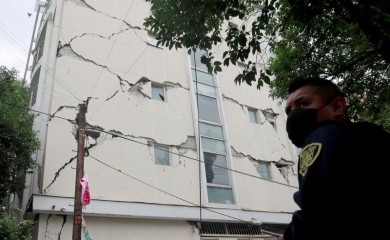