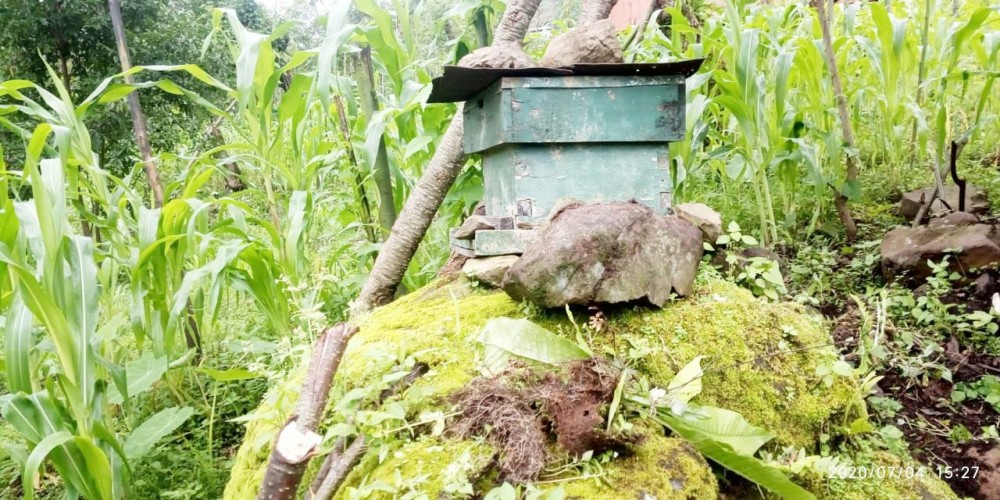 Bee boxes are a constant sight in Chingmei village, where beekeeping has become a major source of revenue for people in the village. (Morung Photo)
Morung Exclusive
6th July 2020 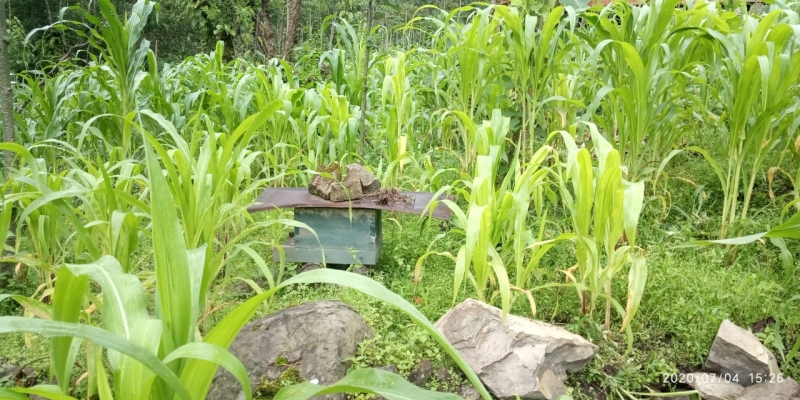 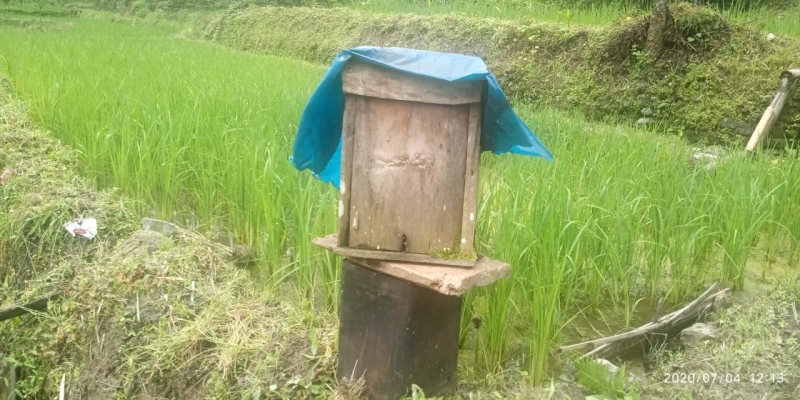 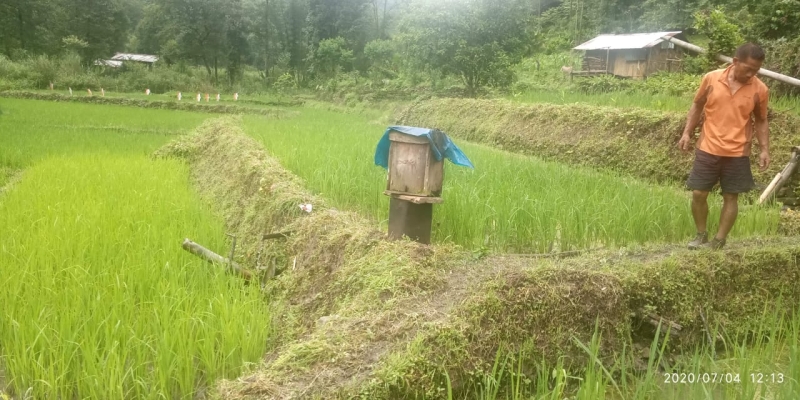 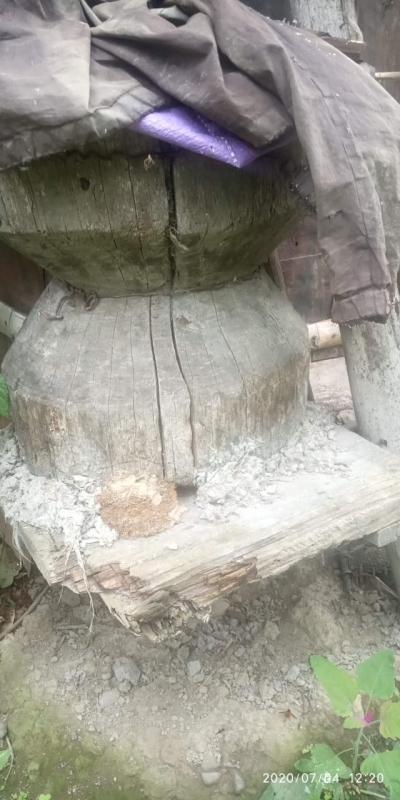 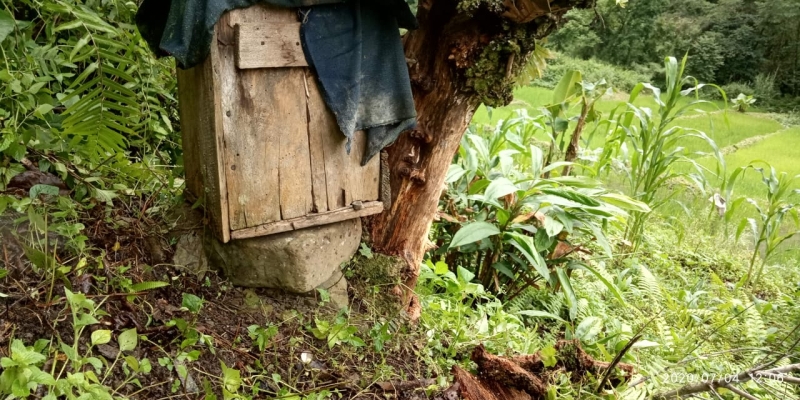 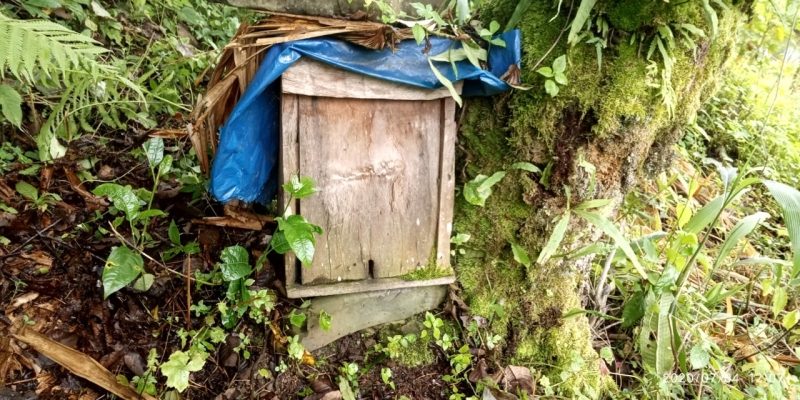 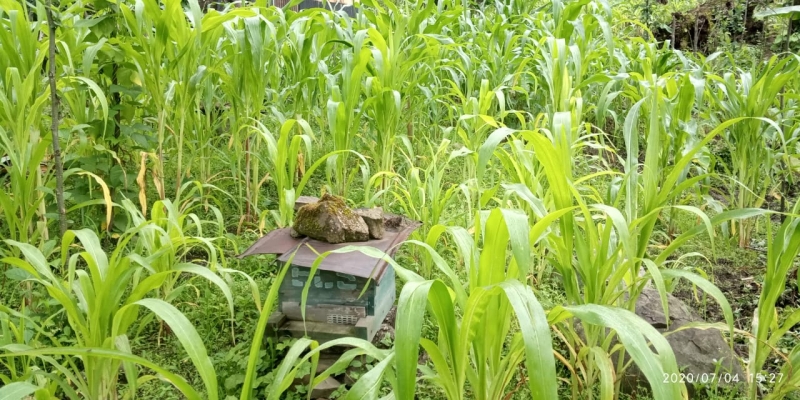 Year 2005 was a remarkable year for Chingmei, an agrarian village few kilometre from Noklak subdivision over viewing Chashuyam reserve, as it was then that the Department of Land Resources spotted the potential of rearing the honey bee Apis Cerana in this village. The rest is history.

The Department of Land Resources led by A Pangjong Jamir, the then District Project Officer came to the village having spotted a few traditional bee boxes in the village.

On observing the surrounding and interacting with the village elders, the officer and team suggested organising training on bee keeping as part of the department’s program which provided 5-6 scientific bee boxes. Now beekeeping has become a part of agriculture, said one elder.

The Department of Land Resources, and the Nagaland Bee and Honey Mission (NBHM) intervened by providing around 200 scientific bee boxes and conducted training on role played by honey bees in agriculture. The villagers were also made aware of the technique and hygienic way of harvesting honey.

Sipong, a beekeeper of this village said: “Honey bee has become one of the main component in our agriculture as we have experience that the yield of harvest has increased 5-7% annually, be it cardamom, paddy or any horticultural crop after we rear bees in our fields along with harvesting honey.”

He further stated that though it is not mandatory, each of the 550 households now have at least 4-5 bee colonies in their backyards or in their terrace/jhum fields.

Nokching a progressive farmer informed that to produce 750 ml of honey which costs Rs 250/- to NBHM, ECS or local market, they need more than 1kg of comb. He added that the revenue generated from selling honey is helping families send their children to school and celebrate Christmas.

In 2018, the village harvested more than 13,000 kgs of honey bringing in revenue of nearly Rs 32 lakhs. The harvest dropped a bit in 2019 as villagers could harvest only 7,000 kgs. “This year we are expecting more than 10,000 kilos from the entire village,” said Namang, Chairman of the village.

He informed that the village has around 3,000 bee colonies at present which not only give economic return but also helps maintain balance in the environment, he added.