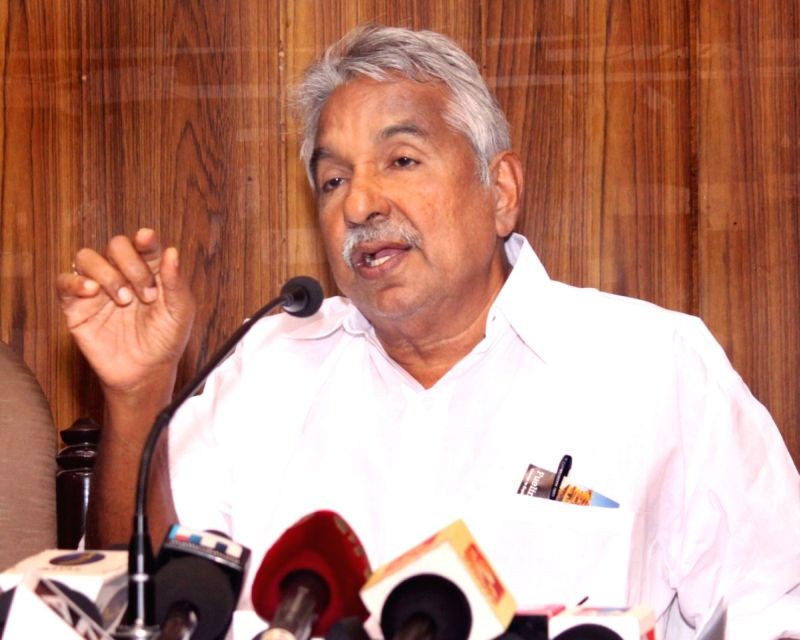 THIRUVANANTHAPURAM, SEPTEMBER 9 (IANS): Former Kerala Chief Minister Oommen Chandy is all set to make history next month when he completes 50 years as a legislator from Puthupally Assembly constituency in Kottayam district.

The two-time Kerala CM began his political career as a legislator after the 1970 Assembly polls. Then a greenhorn at 26, Chandy won his very first electoral battle and has been repeating the poll results in successive Assembly polls ever since.

When he completes 50 years as a legislator, he will be the first Congress leader with this enviable record in his name.

Late K.M. Mani -- the supremo of Kerala Congress (Mani) who passed away last year, is the only other legislator who has a better record -- he had represented Pala in Kottayam district since 1967, remaining a legislator for 52 years.

For the people of Puthupally, 'Kunjuunju', as Chandy is fondly called, the 76-year-old is an enigma and that's visible when he steps out of his car or home as there is always a crowd milling around him. Unlike most politicians, he always is in the midst of people taking representations and allowing all time to air their grievances.

Chandy's family hails from Alappuzha district, though his grandfather had gone to and settled in Puthupally.

A blip in Chandy's long political career came at the end of his CM term in 2011-16, when an alleged con woman Saritha Nair's links with two of his staff surfaced. He faced the heat of an onslaught by the CPI-M led by present Chief Minister Pinarayi Vijayan and CPI-M State Secretary Kodiyeri Balakrishnan.

As soon as Vijayan assumed power, Kerala Police registered non-bailable cases based on the complaint of Saritha Nair against Chandy and other political leaders, including Congress General Secretary K.C. Venugopal.

In an exclusive chat with IANS at his residence here, Chandy opened up about his long political career. Excerpts:

Q: Do you think Vijayan is trying to settle scores with you, as you had recommended for a CBI probe into SNC Lavalin case in 2006? Did he, in return, open the solar case and allegations made by Saritha Nair?

A: I am the one who values personal relations a lot. It's true that I as Chief Minister had recommended the Lavalin case for CBI probe. We did so as one of the leading vernacular dailies (Mathrubhumi) had come up with a report that when it comes to corruption, all political parties engage in settling things -- 'Hum Sab Chor Hain' was their caption. With the Assembly elections looming, we did not want to send out a wrong message and recommended the probe.

But that was it. Despite the UPA government in office at that time, if we wanted to pursue it, we could have done so. But the Centre decided not to go ahead with the CBI probe. It was later on, based on a petition in the Kerala High Court, that the CBI probe was announced.

With regards to the solar case, I have nothing to hide and am not at all worried. When the Vijayan government came to power in 2016 and registered cases against us under non-bailable sections, I took a strong position that I will not take any legal recourse. My Senior party colleagues were upset and they wanted me to speak to my counsel, Kapil Sibal. When I told him that I am not at all worried as I have done no wrong, he said that if I am confident, then it's fine. I will go to jail. Let the police arrest me. I will seek legal recourse only after I am in jail and not before that. A few police teams which were given the task to probe have not gone forward with it.

Q: Vijayan, after coming under opposition heat recently in a few high-profile cases, has a few times said that his office is not like Chandy's. Is it true?

A: May be he would have said like this because of the present circumstances and the difficult times he and his government are passing through.

Q: How would you rate the Vijayan government?

A: I will say that when one is in power, one should have an open mind and should be willing to listen to colleagues and officials, and then take the decision. I always have given huge importance to the media as it acts like a corrective force. Maybe, colleagues and officials will have their reservations to criticise, but the media never has any such restriction. I drew a lot of strength when I came under criticism as I felt that that's the time to introspect.

My style of working is to make quick decisions. Assume I take quick decisions on 100 files. Maybe, 10 of them would be wrong. I always asked my officials to see that they raise their objections on the files, so that I will be able to correct myself. If I take long time to take decisions, I might take decisions on just 10 files only. In the process, many people might suffer. I have no ego issues if I am corrected, be it by an official, party worker, or anyone else.

Q: How would you look back to the 50 years as a legislator?

A: This is not my achievement. I owe everything to my party, which allowed me to contest all the elections from 1970 onwards. Also, equal kudos to my electorate in Puthupally, who ensured that I win every time I contested. It's not a question of me -- this would, and should, be the same for others also, if they are given an opportunity.

Q: Has your family missed you?

A: Yes, of course, that was a big loss to me and to them as well -- but that's life. You win some, and you lose some.

Q: Any role models and anyone who has influenced you?

A: Mahatma Gandhi has been a role model as he always showed that he said what he believed in and put it into practice. In a democracy, for it to be successful, all should speak of what can be put to practice.

Late Rajiv Gandhi was another person who influenced me hugely, as he was able to do for the country in a short span of five years what all hugely benefitted India in numerous aspects as well as help all in this century as well.

Q: What are the plans for the golden jubilee celebrations as a legislator?

A: With the Covid-19 protocols in place, there is a function in Kottayam. I am sad that my voters may not be able to take part as there is a limitation on the number of people who can attend.I have not yet told them about it.