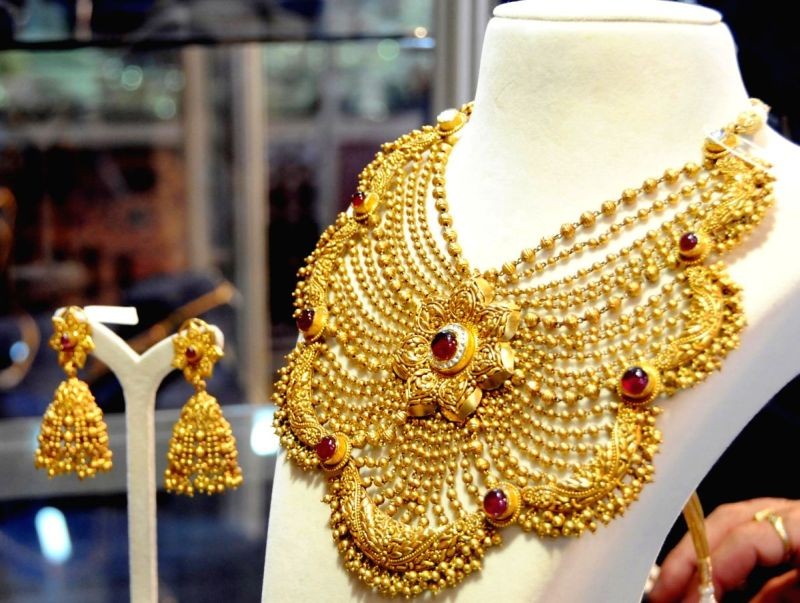 NEW DELHI, JANUARY 14 (IANS): The year 2021 is likely to add to the shine of the gold as consumer demand which has largely been subdued amid the pandemic may rise on the back of economic recovery of the emerging markets, said a report by the World Gold Council (WGC).

The 'Gold Outlook 2021' said that the Indian gold market also appears to be on a stronger footing. Initial data from the Dhanteras celebrations in November suggest that while jewellery demand was still below average, it had significantly recovered from the lows.

Citing market surveys, the report said that most economists expect growth to recover in 2021 from its dismal performance during 2020.

It noted that although global economic growth is likely to remain anaemic relative to its full potential for some time, gold's more stable price performance since mid-August may foster buying opportunities for consumers.

The economic recovery may particularly realise in countries like China, which suffered heavy losses in early 2020 before the spread of the pandemic was controlled more effectively than in many western countries.

"Given the positive link between economic growth and Chinese demand, we believe that gold consumption in the region may continue to improve," it said.

"Similarly, the Indian gold market appears to be on a stronger footing. Initial data from the Dhanteras festival in November suggest that while jewellery demand was still below average, it had substantially recovered from the lows seen in Q2 of last year." It, however, said that with the global economy operating well below potential and with gold prices at historical high levels, consumer demand may remain subdued in other regions.

On the demand from central banks, the WGC report said that after positive gold demand in the first half of 2020, central bank demand became more variable in the second half of 2020, oscillating between monthly net purchases and net sales.

This was a marked change from the consistent buying seen for many years, driven in part by the decision of the Central Bank of Russia to halt its buying programme in April. Nonetheless, central banks are on course to finish 2020 as net purchasers, although well below the record levels of buying seen in both 2018 and 2019.

"And we don't expect 2021 to be much different. There are good reasons why central banks continue to favour gold as part of their foreign reserves which, combined with the low interest rate environment, continue to make gold attractive," it said.

The report noted that global stocks performed particularly well during November and December, with the MSCI All World Index increasing by almost 20 per cent over the period.

However, rising Covid-19 cases and a reportedly more infectious new variant of the virus created a renewed sense of caution, it said. But, neither this nor the highly volatile US political events during the first week of 2021 have deterred investors from maintaining or expanding their exposure to risk assets.

"Going forward, we believe that the very low level of interest rates worldwide will likely keep stock prices and valuations high. As such, investors may experience strong market swings and significant pullbacks," it said.

These could occur, in circumstances such as longer-than-anticipated timeline of distribution of vaccine or less-effective vaccination drives.

In addition, many investors are concerned about the potential risks resulting from expanding budget deficits, which, combined with the low interest rate environment and growing money supply, may result in inflationary pressures.

This concern is underscored by the fact that central banks, including the US Federal Reserve and European Central Bank, have signalled greater tolerance for inflation to be temporarily above their traditional target bands.

It said that gold has historically performed well amid equity market pullbacks as well as high inflation. In years when inflation was higher than 3 per cent, gold's price increased 15 per cent on average.

Further, research by Oxford Economics shows that gold should do well in periods of deflation.

Such periods are typically characterised by low interest rates and high financial stress, all of which tend to foster demand for gold. Further, gold has been more effective in keeping up with global money supply over the past decade than US T-bills, thus better helping investors preserve capital.

WGC noted that the performance of gold responds to the interaction of the various sectors of demand and supply, which are, in turn, influenced by the interplay of four key drivers -- economic expansion, risk and uncertainty, opportunity cost and momentum.

"In this context, we expect that the need for effective hedges and the low-rate environment will keep investment demand well supported, but it may be heavily influenced by the perceptions of risk linked to the speed and robustness of the economic recovery," said the report.