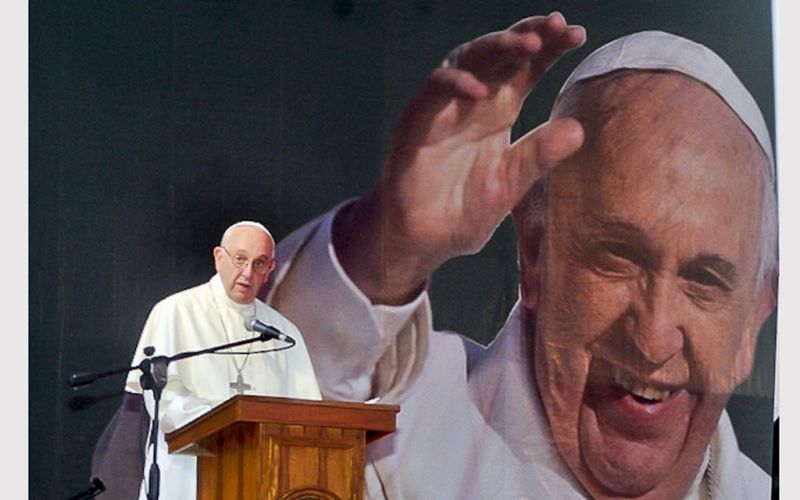 Vatican City, April 20 (IANS) Pope Francis said the process of exiting the coronavirus pandemic was a chance to eliminate inequalities and the "virus" of selfishness.

On Sunday, the Pope held a mass without an audience at the Vatican City on the occasion of Mercy Sunday in the Christian calendar, reports Efe news.

"Now, as we start to think about a slow and arduous recovery from the pandemic, we risk this danger: forgetting what we leave being. Selfish indifference is a worse crisis than the pandemic," the pontiff said.

He said that the virus of egoism spread through society when individuals assumed that only their lives, and not those of others, were going well.

"We are all fragile, equal and valuable. Let what is happening shake us inside. It is time to eliminate inequalities, to repair the injustice that undermines the health of humanity."

He said the earlier Christian communities "lived united and had everything in common: they sold possessions and goods and distributed them between everyone, depending on their needs".

"It's not ideology, it's Christianity."

He lamented that modern society reassembled the opposite of that notion, with some people advancing and others being left behind. Francis said people would start planning for tomorrow's world.

"Let's not think only in our own interest, in personal interests. Let's take advantage of this as an opportunity to prepare a tomorrow for everyone."

Sunday's mass took place without a congregation due to the restrictions on gatherings in place for during the coronavirus pandemic.