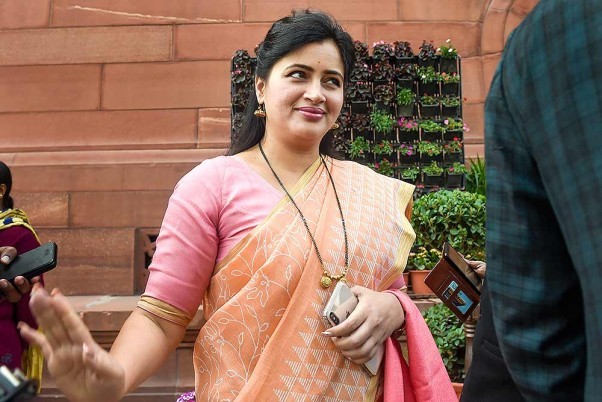 Amravati (Maharashtra), August 13 (IANS): The condition of Amravati MP, Navneet Kaur-Rana - who tested Covid-19 positive last week - has worsened and she is being rushed to Mumbai, her husband and Independent legislator Ravi Rana said on Thursday.

After initial treatment in Amravati, she was taken to a private hospital in Nagpur where she developed serious breathing problems, Rana - who is also being treated for Covid-19, said.

Accordingly, it was decided to shift her for treatment to Mumbai's Lilavati Hospital and the couple left for Mumbai by road on Thursday evening.

Last week, Navneet had announced that the couple, as well as a dozen family members, including their children, and aides had tested positive.

"Both my daughter and son, and other family (members) have become corona infected, it was my first duty to take care of them as a mother. I am also infected with corona while taking care of children and other family members," she said in a tweet.

She had called upon all those who come in contact with her to get their Covid tests done.

All the family members are currently under isolation and treatment, a medical official said.

While Rana is an independent legislator from Badnera assembly segment, his wife is the independent MP from Amravati Lok Sabha (SC) constituency - both within the Amravati district of eastern Maharashtra.