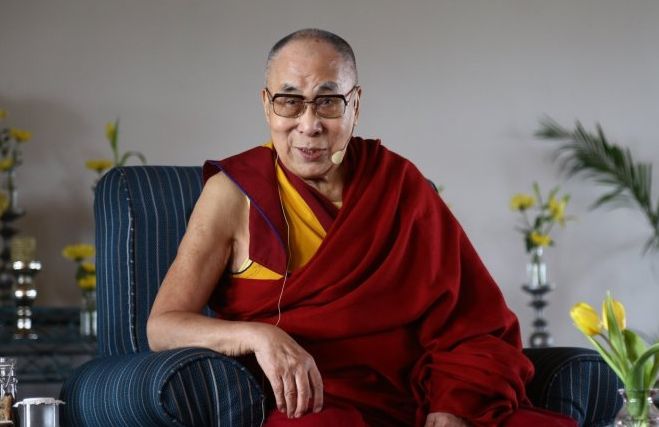 He called on the Dalai Lama at his official palace here on Monday and favoured that successor to the spiritual leader belongs to the Tibetan Buddhist system.

In a series of tweets after meeting the elderly Buddhist leader, Brownback said: "Inspired and deeply moved after my meeting with His Holiness Dalai Lama, I am stirred in my own faith to work harder for religious freedom for all, including Tibetans."

Reminded of the rich history of the Tibetans, he said, "They are a beacon of hope for religious freedom for all. They have not only endured but defied attacks by those who sought to revise, restrict, and erase their unique heritage. Today we stand in honour and celebration of them."

After calling on the Nobel Peace laureate, Brownback attended the 60th anniversary event honouring the Tibetan Institute for Performing Arts.

"We celebrate the rich and vibrant Tibetan heritage and vow to continue to advance religious freedom on their behalf," he tweeted.

During the two-day visit, which ended on Monday, the Ambassador met high-ranking officials of Central Tibetan Administration (CTA), including 'Prime Minister' Lobsang Sangay.

The Ambassador was accompanied by three members from the US State Department's Office of International Religious Freedom and two from the US Embassy in New Delhi.

The Dalai Lama, who believes in the "middle-path" policy that advocates "greater autonomy" for the people in Tibet, is viewed by the Chinese as a hostile element who is bent on splitting Tibet from China.

Speaking at the Tibetan Institute for Performing Arts event, Brownback said, "Beijing has long interfered in the succession process of the spiritual leaders in Tibet, most egregiously when in 1995 the Chinese government abducted the 11th Panchen Lama when he was six years old along with his parents".

"We call on the PRC government to release immediately the Tibetan recognised Panchen Lama Gedun Choekyi Nyima or share the truth about his faith with the world.

"We stand with the people of Tibet as they seek to preserve their time-honoured traditions, including their right to venerate religious leaders of their choosing,"

"Let me be clear: The United States shares that view," Ambassador Brownback said.

The Dalai Lama lives in exile along with some 140,000 Tibetans, over 100,000 of them in India. Over six million Tibetans live in Tibet.

The Tibetan-in-exile administration is based in this northern Indian hill town, but is not recognised by any country.