Dhansiri Bridge takes shape after delay of over 10 years 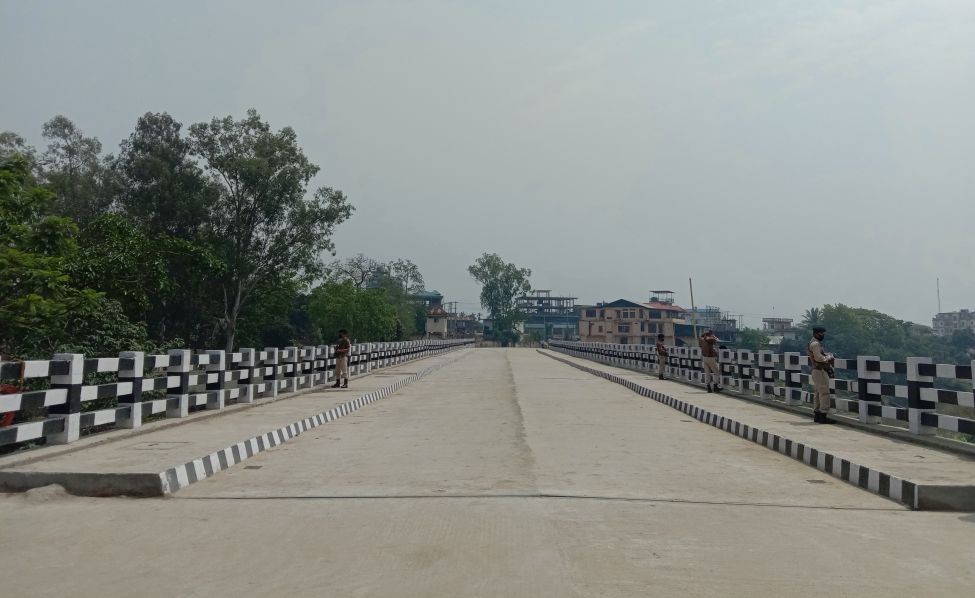 Vehicular congestion is expected to ease a bit in Dimapur as a long awaited 2-lane bridge over the Dhansiri was opened to traffic on April 13. It was inaugurated by Chief Minister Neiphiu Rio.

Over a decade since sanction, the RCC Bridge was constructed replacing an old British era Bailey bridge connecting the erstwhile Kohima Road with Purana Bazaar.

According to the state Urban Development Department, the bridge cost Rs 13.74cr and was funded by the Union Ministry of Urban Affairs. It was sanctioned in 2009 carrying an original cost estimate of Rs 9.81cr. Construction started in November the same year only to come to a halt in December 2010, informed the in-charge of Urban (Department) Engineering wing Yanbemo Lotha, who is also Chief Engineer, PWD (Housing).

“Pior to dismantling of the old steel girder bridge, the work was stopped by the BRO on December 10, 2010, stating that the State government had to acquire No Objection Certificate (NOC) from the Ministry of Road Transport and Highways (MoRTH),” Lotha said.

As reported by The Morung Express, a mix-up, or rather ignorance, over jurisdictional control of the road/bridge caused the stalling of work and the MoRTH calling for foreclosure of the work contract. Almost a third of the project was said to have been completed when the work was stopped. In 2012, the contractor took legal recourse claiming compensation for the preliminary investment.

It was only in May 2014 that the requisite NOC was issued by the MoRTH to the State government and subsequently given to the Urban Development Department in July 2015.

The trouble did not end there as costs had increased during the 5-year period. In October 2015, Lotha said, “The contractor expressed his inability to complete the work as per the original agreed price… Accordingly, the Department revised the project cost to Rs13.74cr.”

It took 27 more months for construction to resume in January 2018. From then on, it took 2 years to dismantle the old bridge and complete the new RCC bridge. According to Lotha, it was completed in December 2020 and the bridge could perhaps be the most economical.

The bridge is 98m in length and 12m in width. It provides a carriageway of 7.5m and footpath on both sides.

Chief Minister Rio admitted to the delay, but maintained that when the work resumed after the initial hiccups, it went smoothly with construction taking only about two years. “In the middle of the busiest town, if you take 11 years to complete a bridge, we can imagine the hardship and harassment on the citizens,” he remarked.

To State government officials associated with public works, he said, “Whatever you do, you have to be sincere and dedicated,” while adding that following rules and procedure, along with transparency are imperative to smooth implementation of works.

On encroachment of government land, he maintained that the community has a role to play in preventing it. Despite professing to be God-fearing, he said that Nagas go to any extent jostling for land. While stating that this attitude has to go, he said, “Whatever you get, whatever you acquire, you acquire rightfully and (in the process) do not disturb the harmony of the society.”