An empty narrative on secularism 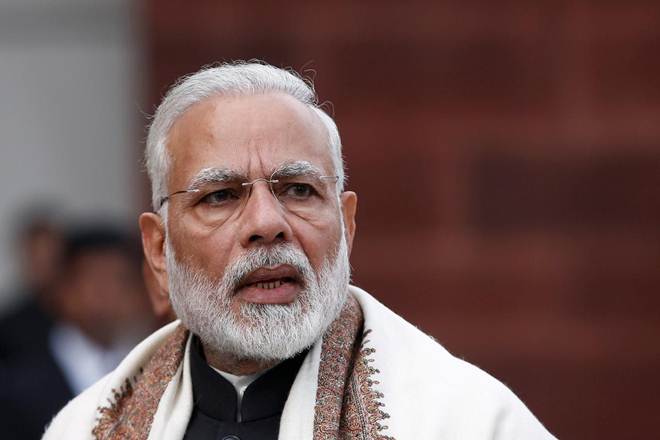 There is a spate of seminars and round tables hosted by illusive think tanks and intellectual groups operating out of India - often with the collaboration of foreign-based strategic analysts - on the likely directions the Modi government in its second tenure may be taking to advance its nationalist agenda. Like in the past, the discussions are couched in scepticism about such matters as 'secularism', 'intolerance', 'pluralism', 'majoritarianism' and 'inclusiveness'. It seems the convincing political victory of Modi's leadership in the last General Election has not deterred the detractors of his regime from taking to non-political platforms for running it down on nebulous issues in an attempt to rebuild a constituency for the opposition. Each of these markers of politics needs to be critically examined.

Projection of the alleged rise of a 'Hindu Rashtra', suppression of dissent and a sense of insecurity amongst the Muslim minority are being bandied about to make a spurious argument of the advent of 'majoritarianism' in India. In a democratic state, adult franchise establishes the principle of 'one man one vote' which indeed was violated by the caste and communal groups who benefited from the unequal weightage enjoyed by the voters loyal to them. It is natural that communities will have votes according to their numerical strength but it is the sectarian leaders trying to seek positions of power on the strength of their 'vote banks' who had invented the term 'majoritarianism' to further consolidate their grip on their constituents.

In the last General Election, there was a certain degree of backlash against the intense campaigning of the opposition to woo the Muslim minority. What added to this blowback was the fear of the new global terror that advocates violence and seeks to root it in notions of faith. In the Indian context, many leaders of the minority community instead of rejecting upfront the call for jihad in Kashmir or elsewhere took to defensive pleas - for political reasons - to put up with religion-based militancy. The backlash of this helped BJP quite a bit without that party having to suggest establishment of a 'Hindu Rashtra' in India. With the return of Narendra Modi as Prime Minister on a far bigger electoral strength, his emphasis on nationalism through the call of 'India First' is being misrepresented as a devious way of bringing in 'majoritarianism' that would presage the 'Hindu Rashtra'. The character of democratic polls in India, however, is in no danger of being altered in favour of giving a new denominational label to our Republic.

Anti-Modi forces have discovered another instrument of combat - 'pluralism' - to attack the regime. In a democratic rule, the state is governed by a political executive that does not carry a party or community tag after elections, even if the electoral process might have allowed communal appeals to come into play. 'Pluralism' in a multi- community scenario like what obtains in India operates at the socio-cultural level and not at the level of the political apex ruling the country that did not recognise any community stamp on governance. The proxies for the opposition are trying to tinker with the non-sectarian functioning of the national government's set up by demanding exemption from the Constitutional duty of showing respect for national symbols or from adherence to working hours of the government for performing religious chores.

This becomes even more blatant in the narrative on 'secularism' that the opposition has tried to build over time. In terms of political history, the fact that this borrowed concept was incorporated in our Constitution more than two decades after the adoption of the original, also perhaps provides the answer as to how secularism was subjected to a dubious interpretation to get added political advantage for India's largest minority. When the adjectives 'secular' and 'socialist' were added in the Preamble by Prime Minister Indira Gandhi, she was perhaps negotiating India's positioning in the Cold War era in the strategic interest of the Republic.

The original Constitution of India did not carry these labels for a good reason - a democratic state is inherently secular and equitable for it wields the two powerful instruments of secularism of providing development to all and ensuring the same protection of law to every citizen. Secularism defines the relationship of neutrality or equidistance between the state and religions. Between the two models of secularism - the state not taking cognisance of religion or showing equal respect for all religions, India opted for the latter. Incidentally, while the tag of 'socialism' could be easily assimilated in the functioning of a welfare state that India has had to be all this while, 'secularism' soon became a ploy for certain parties to play up minority politics.

Interpretation of 'secularism' has been further twisted by putting it in conjunction with the call of 'inclusiveness', which is something as undefined as anything could be but is used again to create the impression that the ruling dispensation was discriminating against minorities. The political apex governing democratic India does not, as already mentioned, identify itself with any denomination nor can it be allowed to turn into a conglomeration of entities serving individual communities. The demand that minorities should have representation in the cabinet is a dangerous projection of religion into politics. India cannot entertain it after the traumatic experience of Partition. It is for the leaders of communities to see that their faith and culture did not breed exclusivism and did not come in the way of social interactiveness.

Democracy ensures that every one has the same right of freedom to choose his or her candidate in an election - this symbolises political inclusiveness - and that the criminal law worked for every body overruling whatever might have been legitimised by the civil law or a community's code of ethics, to establish equality of all citizens before the state. Criminalisation of Triple Talaq should be seen as a move to give legal protection to a large segment of Indian women who were exposed to a hanging threat of total deprivation justified by interpretations of faith - the legitimate process of seeking a divorce was in place in all such cases. On the whole 'inclusiveness' is being cleverly used as a slogan to show the regime in the wrong without evidence and to keep certain vote banks intact.

'Secularism', 'inclusiveness', 'pluralism' and 'majoritarianism' all converge on the same strategic aim of the opponents of Modi - of projecting his rule as a pro-Hindu regime where the Muslim minority felt unprotected. Some cases of mob violence against individual Muslims on the issue of cow slaughter or refusal to hail Hindu Gods as figures of reverence have given enough fodder to them to mobilise public opinion against the Modi dispensation. The state governments must go after the culprits in these cases with full force.

The anti-Modi campaigners are relying heavily on some forces abroad to paint a picture of India as a country that was fast becoming an 'intolerant' regime out to enforce its own idea of mono-cultural India, put down dissent and generally suppress the 'liberal values' of our times. What causes concern is that for these liberals even the counter-terrorism drive in Kashmir is a violation of human rights. They do not say a word against the planned infiltration of Mujahideen into the Valley from across the LoC. Anti-India lobbies are active also in the UN and it is only appropriate that our foreign policy establishment has responded sternly to defamatory attempts directed from there against India on the issue of human rights.

So long as the Modi government pursues a policy of development of all and takes care to strictly enforce law against crimes motivated by sectarian thoughts there is no reason why it should not be able to forge ahead with policies that do the country good. Even though law and order is a state responsibility, the Centre should appear to be active in putting its full weight against sponsors of mob violence of any kind. The common men of all communities share the same problems of livelihood, healthcare and security. The General Election of 2019 has demonstrated that the people judge a leadership on performance dedicated to the general good and are not taken in by motivated propaganda of political opponents who exploited community sentiment for the sake of power. The people expect the Modi government to just concentrate on Development and Security in all their dimensions.

(The writer is a former Director Intelligence Bureau. The views expressed are personal)