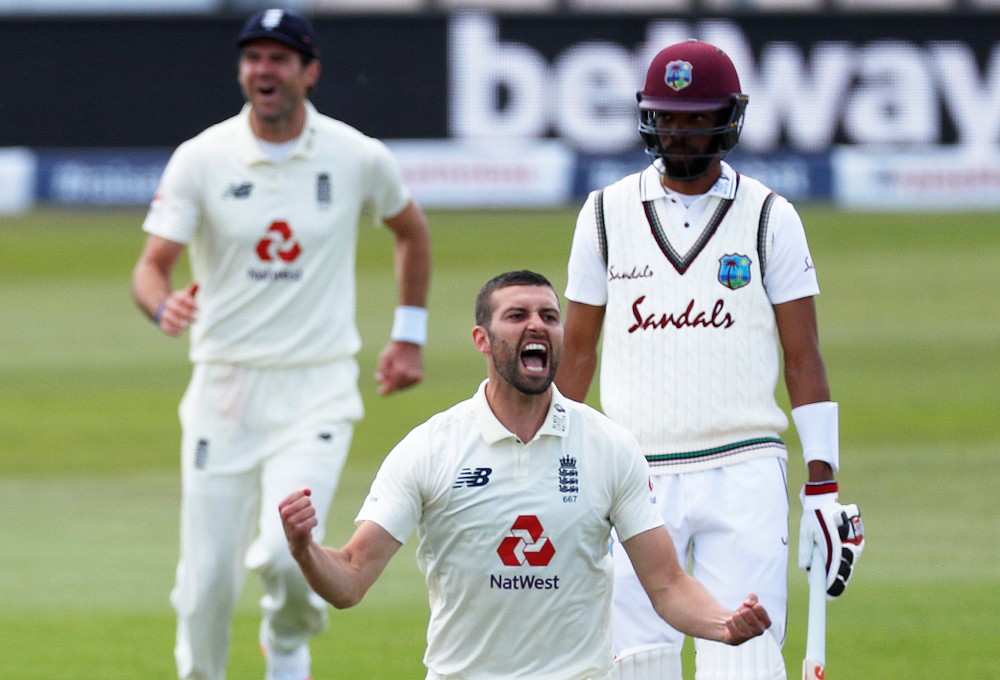 SOUTHAMPTON, England, July 12 (Reuters): England pace bowlers Jofra Archer and Mark Wood claimed three early wickets on the final day as the West Indies made a shaky start chasing 200 to win the first test at the Ageas Bowl on Sunday.

The visitors struggled to 35-3 at lunch with Roston Chase (12) and Jermaine Blackwood (one) at the crease after opener John Campbell retired hurt due to a toe injury.

Barbados-born Archer dismissed Kraigg Brathwaite for four in the sixth over with a moving ball that the opener edged onto the stumps, before he trapped Shamarh Brooks lbw.

Wood bowled Shai Hope for nine to leave the West Indies in trouble at 27-3.

Earlier, England were bowled out for 313 in their second innings.

They resumed on 284-8 -- a lead of 170 -- with tail-enders Archer and Wood at the crease but the overnight pair failed to offer much resistance.

Wood was the first to be dismissed as he looked to raise the scoring rate, edging paceman Shannon Gabriel to wicketkeeper Shane Dowrich as England were reduced to 303-9.

Archer, who had taken England past the 300-run mark with a cracking cover drive off skipper Jason Holder, became Gabriel's fifth victim of the innings as he edged a short-pitched ball to the keeper when on 23.

Gabriel finished with figures of 5-75 -- his sixth five-wicket haul in tests -- while Roston Chase and Alzarri Joseph picked up two wickets apiece.

The test is the first international cricket match after a 117-day absence because of the COVID-19 pandemic and is being played without fans.

The second and third tests will be held in Manchester.