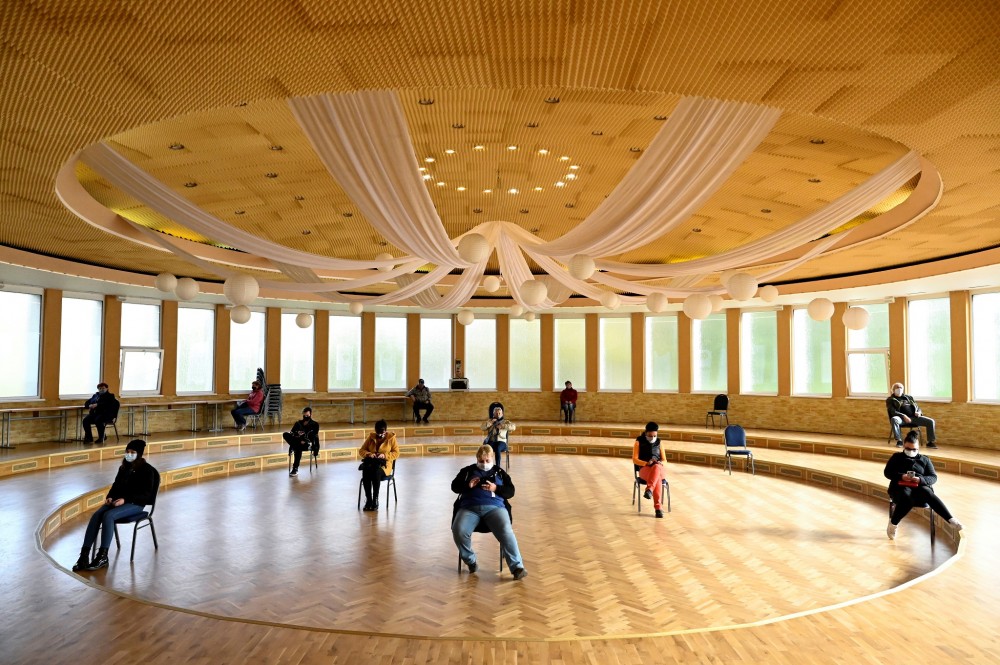 MILAN, October 26 (Reuters): European leaders warned of a bleak winter as resurgent COVID-19 infections forced countries to impose new restrictions to try to curb a second wave of the pandemic, with the United States, Russia and France setting new daily records for cases.

More than 42.9 million people are reported to have been infected by the coronavirus globally and 1,151,929​ have died, according to a Reuters tally. The United States has the highest number of deaths and infections.

Word that a vaccine being developed by the University of Oxford and AstraZeneca Plc produced immune responses in both elderly and young people offered some positive news as autumn turns to winter in the Northern Hemisphere and people socialise indoors.

But British Health Secretary Matt Hancock cautioned that the vaccine would not be widely available until next year and said "we're not there yet".

U.S. President Donald Trump, facing a tough re-election battle on Nov. 3, lashed out again at the media after reports that coronavirus is surging across the United States.

He repeated his unfounded claim that COVID-19 cases are rising because there is more testing, an assertion not supported by data and one that has been rejected by health experts.

"Cases up because we TEST, TEST, TEST. A Fake News Media Conspiracy. Many young people who heal very fast. 99.9%. Corrupt Media conspiracy at all time high," Trump said in a Twitter post.

In Europe the picture was unrelentingly grim as a string of countries reported record increases, led by France, which posted more than 50,000 daily cases for the first time on Sunday, while the continent passed the threshold of 250,000 deaths.

France may even be experiencing 100,000 new infections a day, Professor Jean-François Delfraissy, who heads a council that advises the government, told RTL radio.

Governments have been desperate to avoid the lockdowns which curbed the disease at the start of the year at the cost of shutting down their entire economies. But the steady rise in new cases has forced many in Europe to tighten curbs.

"We are facing very, very difficult months ahead," German Chancellor Angela Merkel told a meeting of leaders from her Christian Democrat party, according to daily Bild.

Although Germany has fared relatively well compared to other countries in Europe, it too has seen a sharp rise in cases and the closely watched Ifo business climate index fell on Monday, reflecting the worries over the virus.

In Spain, which has had more than a million cases of the disease, Prime Minister Pedro Sanchez warned the country was facing an "extreme" situation as he announced a new state of emergency on Sunday, imposing local nighttime curfews and banning travel between regions in some cases.

Russia's daily tally of new COVID-19 infections surged to a record high of 17,347 on Monday as the Kremlin warned the pandemic was beginning to take a greater toll outside Moscow.

Russia in August became the first country to grant regulatory approval for a vaccine against COVID-19 after less than two months of human testing, raising eyebrows among sceptical scientists in the West. Regulators approved a second vaccine earlier this month.

With 1,531,224 infections, the country of around 145 million people has recorded the world's fourth largest COVID-19 case load - after the United States, India and Brazil.

Italy, the country worst hit in the early stages of the crisis in March, imposed new curbs, ordering restaurants and bars to close from 6 p.m. and shutting down cinemas, and gyms and imposing local curfews in several regions.

Street clashes with small groups of protesters over the weekend and angry criticism from restaurant owners and business groups about the impact of the measures underlined the increasingly tense climate facing Prime Minister Giuseppe Conte.

The novel coronavirus, first identified in the central Chinese city of Wuhan at the end of last year, has overshadowed campaigning ahead of the U.S. presidential election, with Democratic candidate Joe Biden repeatedly accusing Trump of grossly mishandling the pandemic.

In total, more than 225,300 people have died from the coronavirus in the United States.