Everton's Coleman out of Fulham game, Richarlison back - Ancelotti 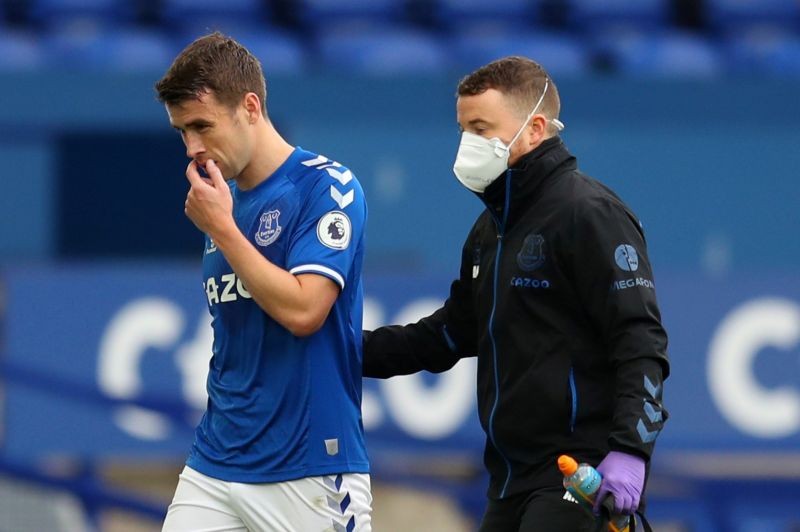 (Reuters): Everton captain Seamus Coleman will miss Sunday's Premier League game at Fulham due to a hamstring problem but Brazil forward Richarlison has shaken off an ankle problem and will return from suspension, manager Carlo Ancelotti said on Friday.

Coleman was left out of Ireland's Nations League fixtures against Wales and Bulgaria after a recurrence of the hamstring injury he suffered during Everton's 2-2 draw with champions Liverpool last month.

Richarlison, who missed Everton's last three league games after being sent off against Liverpool, has recovered from the ankle injury he sustained after a heavy challenge from Edinson Cavani during Brazil's 2-0 victory over Uruguay on Tuesday.

Colombia duo Yerry Mina and James Rodriguez, and Brazil midfielder Allan are also available for the trip to fourth-bottom Fulham.

"We have Coleman unavailable for this game, but the others are in good condition," Ancelotti told reporters. "The players from South America came back yesterday. They were okay, they tested negative (for COVID-19).

"It seems they don't have problems. They are quite fit, a little bit tired from the travel, but we have time to recover until Sunday."

Richarlison's return will be a boost for Everton, who have failed to win a Premier League game without the Brazil forward in their squad since his arrival in 2018.

Ancelotti's side will be looking to end a streak of three straight league defeats that has dropped them down to seventh in the table ahead of their trip to Fulham.